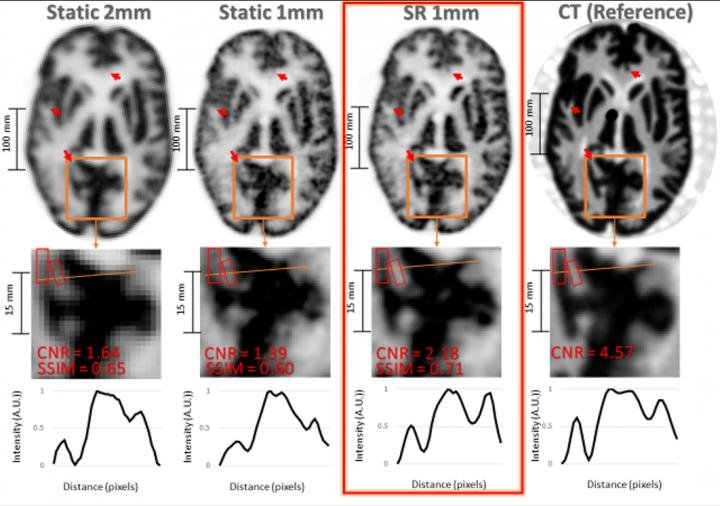 In brain PET imaging, the quality of the images is often limited by unwanted movements of the patient during scanning. In this study, researchers utilized super-resolution to harness the typically undesired head motion of subjects to enhance the resolution in brain PET.

Moving phantom and non-human primate experiments were performed on a PET scanner in conjunction with an external motion tracking device that continuously measured head movement with extremely high precision. Static reference PET acquisitions were also performed without inducing movement. After data from the imaging devices were combined, researchers recovered PET images with noticeably higher resolution than that achieved in the static reference scans.

"This work shows that one can obtain PET images with a resolution that outperforms the scanner's resolution by making use, counterintuitively perhaps, of usually undesired patient motion," said Yanis Chemli, MSc, PhD, candidate at the Gordon Center for Medical Imaging in Boston, Massachusetts. "Our technique not only compensates for the negative effects of head motion on PET image quality, but it also leverages the increased sampling information associated with imaging of moving targets to enhance the effective PET resolution."