In 2010, as part of an ambitious ten-year development plan, Samsung bought a majority stake (43.5%) in another South Korean firm – Medison, the well-known manufacturer of ultrasound equipment. At the time, Samsung stated that the ultrasound diagnostics device segment was a ‘logical entry point into the healthcare equipment market’ due to ‘technological similarities and potential synergies’ with its existing electronics, IT products and technologies. Samsung also forecast that, by 2020, it would invest 1.2 trillion from the healthcare business to generate 10 trillion in revenue. A month later, in June 2010, the firm launched its first healthcare product, a portable blood test kit. Subsequently, how has the Samsung bond affected Medison, Daniela Zimmermann asked Wayne Spittle, Executive Vice President for Samsung Medison

‘It’s 70 years young and a very big company,’ Wayne Spittle Executive Vice-President of Samsung Medison emphasises, before adding startling back-up figures: ‘Samsung is 20% of the GDP of Korea. Twenty-two percent of the total export capability of Korea is Samsung. If you drive from the airport, there’s a large bridge on the right, 21 kilometres long, built by Samsung.

‘The Samsung Medical Centre has over 2,000 beds and sees close to two million out-patients per year. You see, Samsung not only manufactures healthcare equipment but also builds hospitals. We are actually building hospitals in Saudi Arabia and Singapore, for example, and looking at ways to vertically integrate solutions through great design.

‘Healthcare solutions are not only the equipment, but also the building and its construction. Samsung’s design is modular. By building in modules we actually can cut costs by, for example, energy-efficiency; putting in LED lighting can become quite significant: 90% less heat, so air conditioning requirements are even less. You can build in environmental management.

‘By putting all these modular technologies together, you end up with a green and more efficient hospital,’ he underlines.

‘Then we have software solutions to connect electronic medical records (EMR) to mobile devices. We do this with our diagnostic imaging – with pathology results. The results from an IVD (in vitro diagnostic) test can be sent via a mobile phone, via an SMS, or pushed into the EMR. All these results come together for clinicians to make a differential diagnosis.’

Samsung’s solutions are already used beyond hospitals, e.g. in Scotland where some people live 2.5 hours away from a hospital. ‘They have chest pain, call an ambulance, and blood tests can be done in the ambulance to determine if the patient has had a myocardial infarct with results transmitted to the hospital. Those 2.5 hours can save a life,’ the Vice President points out. ‘A lot of our features – connectivity, automatically sending results by SMS, using time spent in an ambulance – these are new ways to address healthcare needs. We’re looking at different markets from a different perspective.

‘Many companies have stayed with their traditional view, and they go after traditional markets. We look at healthcare and see new opportunities. The IVD market is going to grow immensely, because 70% of people in hospital are chronic disease sufferers and need to be monitored outside the hospital.’

This is being done in big markets, he explains. In Italy, for example, Samsung is working with pharmacies for IVD testing. A doctor writes a prescription; the patient takes it to a pharmacist who has the tests, and full blood tests and work ups are produced. ‘In the UAE,’ he adds, ‘the problem for IVD tests is the heat. We’re working on a programme in collaboration with the Ministry of Health. If a blood sample is taken and transported, the heat can affect the sample. Instead, we are setting up a mobile IVD system, connected so that patients can be tested at home and the test results go straight into their medical records.

Imaging
Last January saw another big step in the expansion of Samsung’s medical imaging business plan – the acquisition by subsidiary Samsung Electronics America Inc. of the Boston-based firm Neurologica. Founded a decade ago, the latter develops medical imaging products, including portable computed tomography (CT) scanners, e.g. BodyTom and CereTom. ‘Neurologica gave us a foundation to build on,’ Wayne Spittle explains. ‘So, we’re building a very innovative CT, an innovation that will take us through the next level.

‘The acceleration is just beginning. Medical imaging is not like the mobile phone market, or the TV market, where new models are introduced. We want to introduce a model that builds on solid innovation and quality. My role, especially, is to ensure we have the building blocks that meet market requirements. It is a good strategy.’

Asked whether those building blocks need to be bought, the VP points out that no company is currently under review, but quickly adds: ‘We’re open to good opportunities. I think a lot of opportunities for further innovation through collaboration also make sense.’

Ultrasound
Samsung Medison had forecast its introduction of a high-end premium ultrasound system; nothing has yet been seen. ‘We’ve just released the UGEO RS80A,’ Wayne Spittle counters. ‘That’s the high-end system. It’s awaiting marketing clearance and with that, perhaps in a few months, we’ll officially launch it.

‘It’s absolutely fantastic, creating a paradigm shift in many areas, for example, how we actually do ultrasound beamforming. Traditionally this has been very hardware driven. We are increasingly doing synthetic beamforming, using software to do a hybrid beamforming. This technology allows us to adapt and do things very much faster. On the new system, hybrid beamforming is allowing higher frame rates. In the beamformer, you have a bandwidth of transmitted signals. We can transmit in one bandwidth and also receive in another bandwidth. We’re doing some very innovative things in ultrasound,’ he confirms.

‘In September, or October, we’ll release a second version with fusion, initially with MRI. Through software we’ve created some unique features. The best example is a breast imaging capability that automatically traces the breast lesion and predicts the BI-RAD score. It looks at the texture and outline. It’s an assistant for detection, not a diagnosis.’

As a next step, Samsung is working on 3-D volume and, he adds, ‘We feel very excited about the potential to develop MRI. Once again, we will use innovation to create something unique but, from Samsung, short-term will be CT, mid-term is MRI and, in the long-term,’ Wayne Spittle comfortably foresees, ‘the sky’s the limit.’

The joint practice of Drs. Ulrike and Dieter von der Burg in Münster, Germany, decided on the GU60 digital X-ray system by Samsung Health Medical Equipment (HME) and is very pleased with the image…

Visiorad is an association of radiology, radiotherapy and nuclear medicine practices which serve the northwestern part of Hamburg and the adjacent suburban areas. Dr Timo Gomille, partner of… 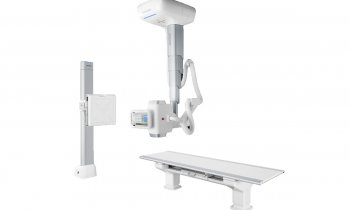 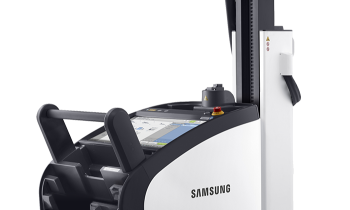 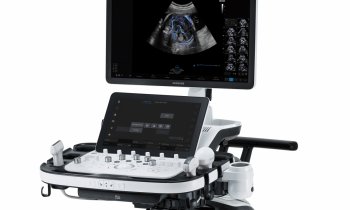 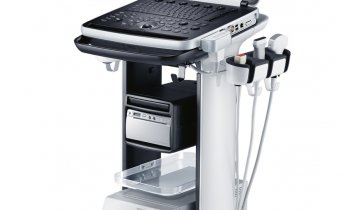 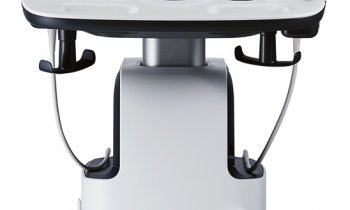 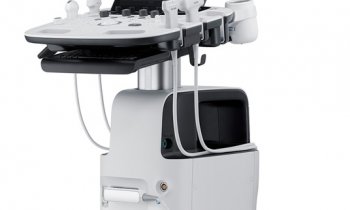