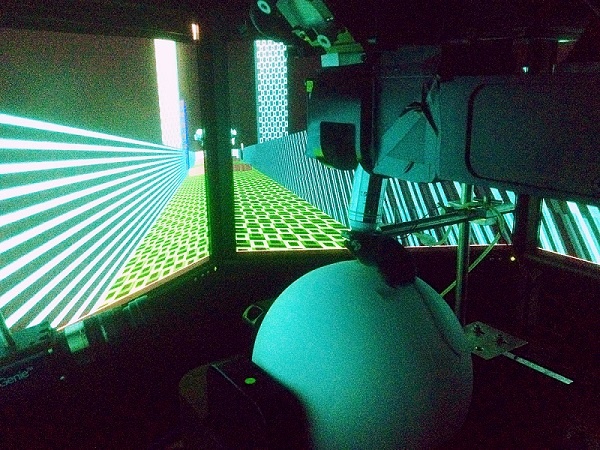 The mouse moves through the virtual world of the video game with the help of a styrofoam ball that floats on compressed air.
Thomas Hainmüller, Marlene Bartos

Take a few steps forward, stop, and look around. In the world of the video game, the walls that depict a corridor four meters long are made up of green and blue patterned blocks. The floor is marked with turquoise dots. A short distance away, there’s a brown disc on the floor that looks like a cookie. That’s the symbol for the reward location. The mouse heads for it, gets there, and the symbol disappears. The next cookie promptly appears a bit further down the corridor. The mouse is surrounded by monitors and is standing on a styrofoam ball that is floating on compressed air and turns beneath the mouse when it runs. The ball makes it possible to transfer of the mouse’s movements to the virtual environment. If the mouse reaches the reward symbol, a straw is used to give it a drop of soy milk and stimulate it to form memories of its experiences in the virtual world. The mouse learns when, and at which location, it will receive a reward. It also learns how to locate itself and discriminate between different corridors in the video game.

The region of the brain called the hippocampus plays a decisive role in the formation of memory episodes – or memories of tangible experiences. Hainmüller and Bartos have published a study in the scientific journal “Nature.” In their article they demonstrate that the nerve cells in the hippocampus create a map of the virtual world in which single neurons code for actual places in the video game. Earlier studies done at the Freiburg University Medical Center showed that nerve cells in the human hippocampus code video games in the same way. The cells become activated and flash when the mouse is at the respective place, otherwise they remain dark. “To our surprise, we found very different maps inside the hippocampus,” reports Hainmüller. In part, they provide an approximate overview of the position of the mouse in the corridor, yet they also consider time and context factors, and above all, information about in which of the corridors the mouse is located. The maps are also updated during the days of the experiment and as a result can be recognized as a learning process. 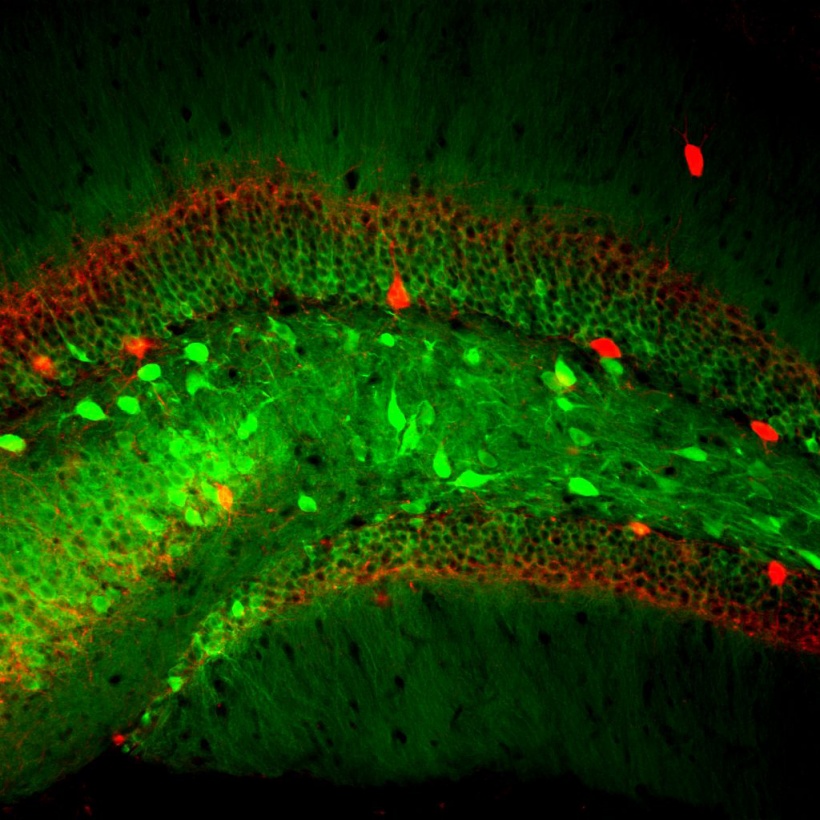 A look into memory: The video recording shows that the neurons begin to flash as soon as they are activated.
Thomas Hainmüller, Marlene Bartos

The research team summarizes, saying that their observations provide a model that explains how activity of the nerve cells in the hippocampus can map the space, time and and context of memory episodes. The findings allow for better understanding of the biological processes that effect the formation of memory in the brain. Hainmüller says, “In the long term, we would like to use our results to contribute to the development of treatments to help people with neurological and psychiatric illnesses.”

Cells are the basic building blocks of life – and, as such, they have been the object of intense study since the invention of the optical microscope in the 17th century. The development of mass…