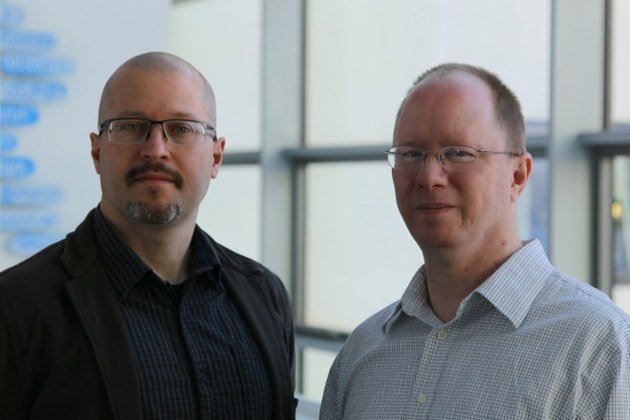 Why do some cancer cells evade therapy? To understand this problem, we need to “look” at the molecular machinery inside the cancer cells that regulates their ability to grow, stay alive, and divide, producing more cells. Scientists have identified many mechanisms within this machinery and they have designed drugs and other treatments that interfere with them, blocking their ability to divide, or even killing them. Clearly, these treatments are not able to kill all the cells within a tumor. This must mean that some cancer cells can use alternative mechanisms which are not affected by current treatments. In this way, they evade therapy and regenerate the tumor, leading to recurrence.

The lab of Andreas Androutsellis-Theotokis at the Department of Internal Medicine III (MK3) at the Technische Universität Dresden, in Germany had previously discovered a new molecular mechanism that regulates regeneration of various tissues after injury. They named it “The STAT3-Ser/Hes3 Signaling Axis”, after two of its key components and they demonstrated that it is very important in activating stem cells that live within our tissues so that they may help the tissue regenerate in models of Parkinson’s disease, ischemic stroke, multiple sclerosis, and types 1 and 2 diabetes. They posited that the same mechanism could be hijacked by some cancer cells (perhaps the elusive cancer stem cells) as a means of evading current therapies and regenerating the tumor.

Research Fellow Steve Poser and colleagues set to test the idea using cells from multiple patients with aggressive brain cancer. They demonstrated that, indeed, these cells can switch over from using the more established molecular mechanisms to using this new mechanism. Depending on which mechanism they were using, they were vulnerable to different treatments. The team established an international and interdisciplinary collaborative project to characterize this new cancer cell state in terms of what genes are turned on and off, what mechanical properties are affected (these are important in metastasis because they regulate how cells move and spread within the tissue), and to find treatments that kill the cells specifically when this new molecular mechanism is in use. In this way, they could block this escape route of the cancer cells.

They identified several treatments that kill the cancer cells when they operate this new mechanism. In fact, several treatments are so specific that they kill the cells only when they operate the new mechanism and have minimal effects when they operate the more established, classical cancer growth mechanisms. Many of the treatments are currently approved for use in different indications (not cancer) and so they could potentially be repurposed in oncology. Other treatments, such as the direct targeting of the gene Hes3 by RNA interference methods, would be new to man. To expedite the possibility to bring these new potential therapies to the clinic, the Technische Universität Dresden, with the support of the transCampus Initiative (a formal collaboration between the Technische Universität Dresden, in Germany and King’s College, London, UK) and the transCellerator, has formed a spinoff venture, Innate Repair. Whereas the initial focus is on aggressive brain cancer, there already is ample evidence that the same mechanism operates in many additional types of cancer. The work provides a new logic and method to identify treatments that kill these hard-to-kill cancer cells.

A chemist from Purdue University has found a way to synthesize a compound to fight a previously "undruggable" cancer protein with benefits across a myriad of cancer types.

The selection of a first-line chemotherapy drug to treat many types of cancer is often a clear-cut decision governed by standard-of-care protocols, but what drug should be used next if the first one…