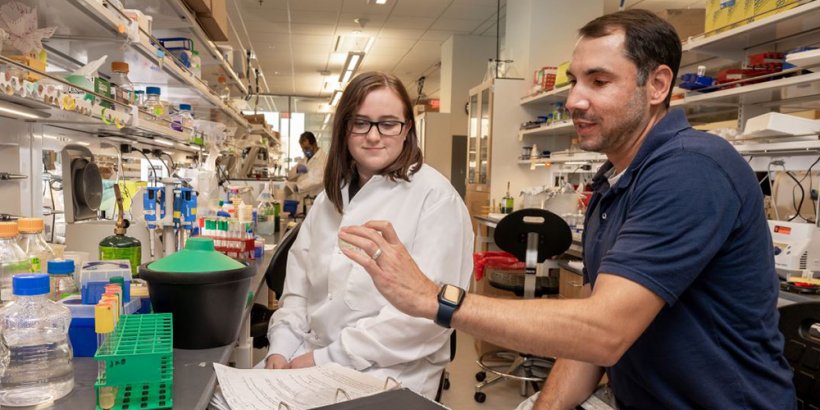 A. baumannii can cause infections in the blood, urinary tract and lungs, or in wounds in other parts of the body. Infections are generally treated with antibiotics, but many strains are resistant to medication, including carbapenems, a class of highly effective antibiotics usually reserved for severe multidrug-resistant bacterial infections. “In previous research, we discovered that when A. baumannii experiences stress, such as antibiotic treatment, it modifies its cell envelope to tolerate the antibiotic for extended periods of time,” Boll said. “Specific modifications allow the bacteria to survive long enough to acquire true antibiotic resistance, which can lead to antibiotic treatment failure. This can happen within 24 hours of antibiotic exposure.”

Antibiotic resistance: a global problem in urgent need of solutions

Antibiotics have been at the heart of modern healthcare since the 1950s. They are prescribed prior to an operation to minimise the risk of infection after the operation. Or antibiotics are prescribed to fight an infection. This practice, which might seem straightforward at first glance, has proven to cause a number of problems itself: Over the last twenty years, it has become increasingly clear…

Boll’s team expects to identify what adaptations in the cell envelope allow the pathogen to survive in the presence of antibiotics and how survival contributes to the acquisition of true resistance. In a recent study titled “Septal Class A Penicillin-Binding Protein Activity and ld-Transpeptidases Mediate Selection of Colistin-Resistant Lipooligosaccharaide-Deficient Acinetobacter baumannii,” which was published in the journal mBio, the team showed that two LD-transpeptidase enzymes remodel A. baumannii’s cell envelope to promote its survival when under stress, such as the kind experienced during antibiotic treatment.

Armed with this breakthrough, Hannah Bovermann, a senior double-major in biology and microbiology, is dissecting the genes that encode the bacteria’s LD-transpeptidases to learn what stress conditions induce their activation. She isolates the LD-transpeptidase promoters, the part of the DNA that controls when other parts of DNA are used, and glues it to a different gene whose function is to turn the bacterial cell blue. When the cell is in an environment where it wants to modify its cell envelope to protect itself, it turns blue, and Bovermann can observe the timing of the change.

To provoke this reaction, she administers antibiotics, experiments with various temperature changes, exposes the cell to pH gradients and subjects the cell to nutrient deprivations. “Each response brings us closer to an understanding of how cell envelope modifications keep the bacterial cell intact in stress,” Bovermann said.

The researchers hope to find new targets on the cell surface for antibiotics to attack, strengthening existing medications’ potency against A. baumannii infections. Drug-resistant bacteria have cornered health care providers into using combinatorial therapies, where multiple drugs are employed to treat bacterial infections, but even those methods are becoming increasingly ineffective, Boll said.

“It has become a game. Researchers discover a new antimicrobial, then bacteria become resistant to it. We are running out of options,” Boll said. “Bacterial resistance is quickly outpacing new antibiotic development.”

Using higher doses of antibiotics in a bid to tackle the growing problem of drug resistance may end up strengthening certain bacteria, according to research that highlights a previously unthought-of…