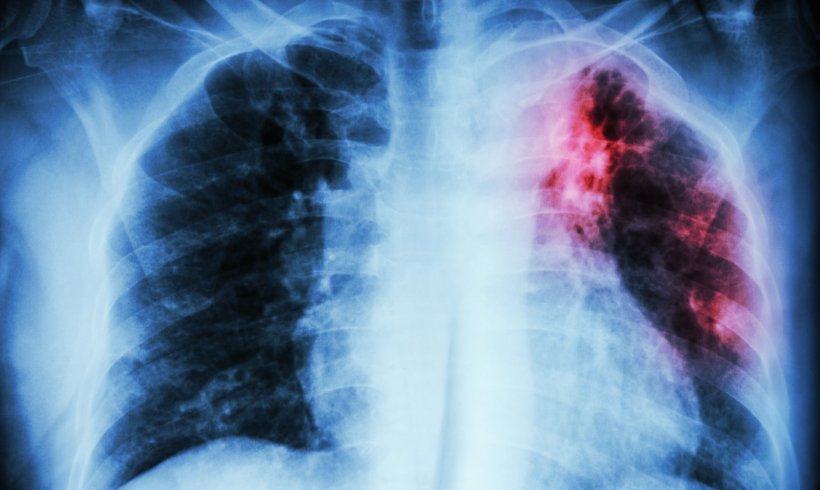 The study, led by Donna Farber, PhD, the George H. Humphreys II Professor of Surgical Sciences and professor of microbiology & immunology at Columbia University Vagelos College of Physicians and Surgeons, was published in Science Immunology.

Identifying the source of immunological memory to SARS-CoV-2 infection is important because it could lead to improved vaccines or boosters. The study, which included collaborators Shane Crotty, PhD, and his team along with Alessandro Sette, PhD, at La Jolla Institute for Immunology, also found evidence that specialized sites, called germinal centers—where antibody-producing B cells and memory B cells are generated—were present within the lung-associated lymph nodes for up to six months after infection, even in elderly individuals. They found SARS-CoV-2-specific germinal center B cells and T-follicular-helper cells–the T cell population that promotes B cell differentiation—together in lung-associated lymph nodes. This is the first direct evidence that such centers are established and persist after SARS-CoV-2 infection. This persistence of germinal center B cells can ensure long-term maintenance of antibodies in circulation and the continual maturation of the immune response.

The emergence of SARS-CoV-2 has provided immunologists with a unique opportunity to study how older individuals respond to new pathogens. The new study examined tissues from four Covid survivors—ages 11 to 74—who died later of unrelated causes. The individuals died in 2020 before vaccines became available, and their tissues were compared to tissues obtained from individuals who were not infected. The samples are part of a unique resource that Farber’s laboratory has developed over the past 10 years to study immune processes in human tissues as opposed to blood. In collaboration with LiveOnNY, the organ procurement organization for the New York metropolitan area, tissues are obtained from deceased individuals who have donated organs for transplant and whose families have provided consent.

After age 40, the immune system does not create many new T cells that are designed to memorize encounters with new pathogens. “Younger people make lots of these naïve cells because exposure to new pathogens usually occurs in childhood,” Farber says. “When you're older, you mostly rely on your memory cells and that usually protects you. It’s very rare to encounter a completely new pathogen like we’re experiencing now.” But the study found that a robust immune memory of a new pathogen can be established even in older adults. By extension, these findings suggest that vaccines are most likely generate more efficacious responses in older individuals than has previously been thought. “We know the immune system declines with age,” Farber says, “but that someone in their 70s could create a robust and long-lasting immunological memory response shows that parts of the immune system that we associate with younger ages still persists.”

These new findings have important implications for designing and administering vaccines in ways to promote the type and localization of immune memory that is generated from natural infection. “Our study suggests that to improve protection against the virus, vaccines should target the memory immune cells within the lung and its associated lymph nodes, which can be accomplished with nasal sprays of disabled viruses,” says Farber. “We’ve found previously in mice with influenza that memory T cells in the lung are needed for optimal protection against respiratory infections, and this study strongly suggests that the same could be true in people.”

The researchers are currently looking at tissues from donors who were vaccinated to determine if vaccine-induced memory is similar to that induced by natural infection.

Article • Re-evaluation of the coronavirus disease

COVID-19: A tale of two conditions

The SARS CoV-2 virus which causes COVID-19 may have been named prematurely. As more has become known about the infection, the severe disease does not appear to be a respiratory syndrome at all.…

News • First on site, but short-lived

A new study has found that antibodies produced in the nose decline nine months after Covid-19 infection, while antibodies found in the blood last at least a year.