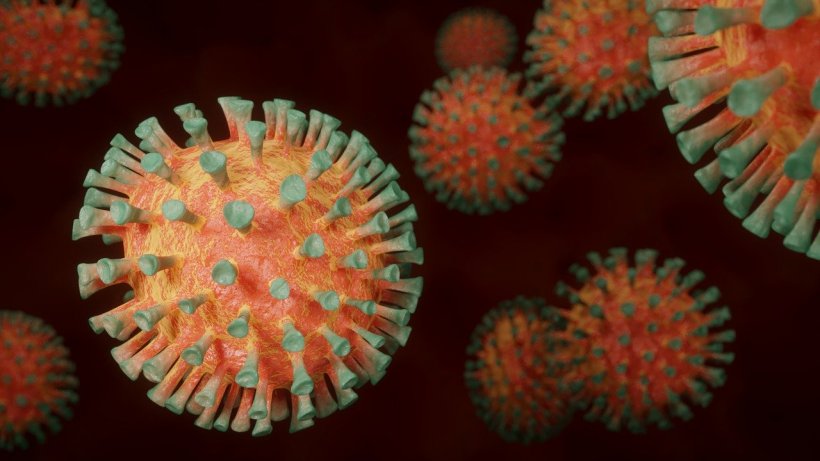 “SARS-CoV-2 not just infects the respiratory system, it has the potential to affect many other organs in the body. Even if the virus infects the respiratory system first, it is essential to be able to predict where it might go next. This aids to develop therapies. Our goal was thus to learn more about what makes the different organs susceptible to infection,” explained Dr. Vikas Bansal, a data scientist at the DZNE’s Tübingen site. “Therefore, we looked at different tissues to see which components of the cellular machinery might be relevant for infection and also which cell types appear to be particularly susceptible.” Bansal co-authored the current paper with Manvendra Singh, a Cornell presidential fellow, and with Cedric Feschotte, professor in the Department of Molecular Biology and Genetics at the Cornell University.

In cooperation with his US colleagues, Bansal started by identifying 28 human genes, respectively cellular factors, that enable the virus to enter human cells or that might otherwise be important for an infection. In addition to receptors on the cell surface, these included, for example, proteins that the pathogen presumably needs in order to multiply within a cell. Importantly, the list of studied factors also contains enzymes that block the penetration of pathogens into cells - known as “restrictors factors”. In summary, the 28 analysed cellular features are dubbed “SCARFs” for “SARS-CoV-2 and coronavirus associated receptors and factors”.

“The virus is known to misuse the so-called ACE2 receptor, which occurs on the surface of human cells, to dock and infiltrate them. A lot of attention is therefore paid to this receptor and other factors associated with it. They are potential starting points for therapies,” said Bansal. However, related corona viruses are known to use a broad range of possibilities to infect cells. According to the researcher, evidence suggests that this also applies to SARS-CoV-2. “Therefore, we have extended our analysis to cellular factors that have been found to be relevant in other corona viruses and may therefore also be important for SARS-CoV-2.”

Whether this is actually the case, future experiments will have to show, explained Bansal. For such investigations, he said, the aim was to identify promising candidates. “Our study is only a snapshot, however. Research is developing rapidly. We are constantly learning new facts about this virus.”

Using information from scientific databases, the researchers analysed gene activity - also known as “expression patterns” - in around 400,000 human cells from various types of tissue. These included nasal mucosa, lungs, gut, kidneys, heart, brain and reproductive organs. Analysis was done on a single-cell level and using sophisticated bioinformatics methods. “This enabled us to investigate in which cells the SCARFs are expressed and also what percentage of cells within a given tissue express these factors,” said Bansal. “Our results are certainly limited by the fact that expression patterns can change in the course of an infection and that such activity profiles do not directly reflect the abundance of proteins such as cell receptors. However, expression patterns are good indicators.”

In line with the known fact that SARS-CoV-2 attacks in particular the respiratory tract, the expression patterns identify the nasal mucosa as a “battleground”. Accordingly, cells of the nasal mucosa contain both factors that facilitate infection like the ACE2 receptor as well as factors that inhibit viral entry, like IFITM3 and LY6E. “IFITM3 is a protein known to prevent other coronaviruses from crossing the cell membrane. Same might also apply to SARS-CoV-2. LY6E also acts as a defensive mechanism”, said Bansal. “It thus seems that contact of the virus with the nasal mucosa leads to a tug-of-war. The question therefore is, who will emerge as the winner. Interestingly, our data suggest that the expression level of entry factors in the human nasal tissue shift with age. This could be a reason why the elderly are more susceptible to infection by SARS-CoV-2.”

According to the current study, the intestine, kidneys, testes and placenta are potential hotspots, that is, these areas seem to be characterized by significant co-expression of ACE2 with TMPRSS2, an enzyme involved in viral entry in combination with ACE2. “We were also able to identify a number of cellular factors that, as alternatives to the ACE2 receptor, could contribute to SARS-CoV-2 entering the lungs, heart and central nervous system,” said Bansal. “SARS-CoV-2 is by now known to be able to trigger neurological disorders. Although the virus has not yet been detected in neurons, the nervous system includes other cells such as astrocytes and pericytes that are for example involved in the regulation of the blood–brain barrier, which is the interface between the brain and the bloodstream. According to our study these cells might well be susceptible to infection. This could possibly involve a receptor called BSG. All in all, our study therefore provides a wealth of data and specific clues for future studies on the coronavirus.”