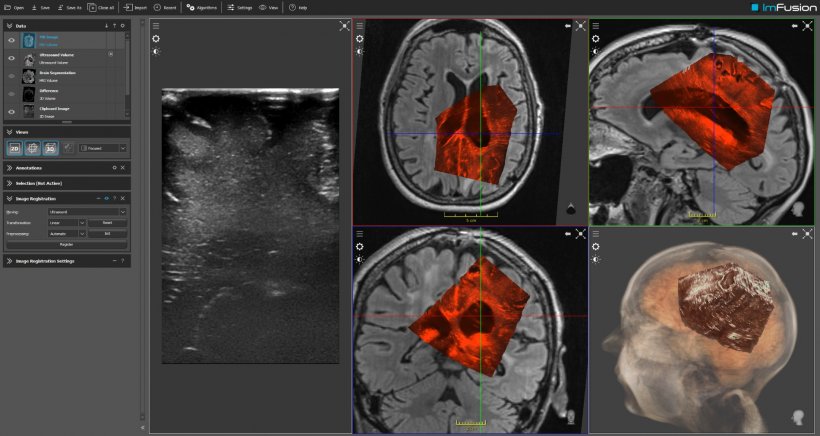 ‘AI is the biggest technological breakthrough of our lifetime. It will boost the entire healthcare ecosystem and eventually re-invent the way we deliver medicine entirely.’

The American technology company NVIDIA has contributed to healthcare for the last twelve years. In the first few of those, the firm concentrated on building technology for use in medical devices and life sciences applications, such as molecular dynamics simulation and drug discovery. Then, around 2012 a dataset called ‘ImageNet’ entered, which Powell dubbed the ‘Big Bang of Modern Artificial Intelligence’. Researchers discovered that, with the deep learning algorithms and big dataset, they could create a new computer vision algorithm that was approaching human accuracy. For Powell, ‘that’s what kicked off the modern AI movement.’

That kind of ‘ImageNet moment’ is happening right now for language, because researchers have made significant breakthroughs on natural language processing (NLP) and natural language understanding. ‘There was a new critical deep learning architecture that was created, called ‘Transformer Architecture’, which has an uncanny ability to understand the structure of language,’ Powell explains.

There is a huge number of use cases for NLP. It can be used for the identification of medical imaging data, for labelling medical imaging data by reading the patient’s electronic health records (EHR) and having it understand what is pictured in the image and putting a circle around the lung nodules that is detected as cancer. ‘NLP technique will unlock the power of that data and will change our insights into the data we’ve been collecting over the last decade in healthcare records, published research and clinical trials.

In what Powell calls the ‘NVIDIA Healthcare 2.0’, the company plans to spread AI capabilities in the healthcare industry and to make it easy to adopt these algorithms for any medical discipline. ‘We do not envision bringing healthcare applications on the market ourselves. Our goal is to empower the ecosystem that exists, whether they are companies that build devices or insurance companies, so that they can build an AI that enables them to deliver value to healthcare,’ Powell states.

The mission is to take the AI breakthroughs and enable them to domain specific applications in healthcare. For that, NVIDIA built a platform called ‘Clara’ which is essentially the AI computational engine for healthcare. ‘We started in medical imaging and we have now built a tool kit for helping to develop and deploy AI algorithms. We use AI to assist in labelling the data, we offer training workflows for efficiently training on labeled data and have a way to effectively deploy the algorithms to practically any endpoint.’ Clara Medical Imaging works on graphics processing units (GPUs) anywhere. It could be embedded into an instrument, in a hospital data center or in any cloud. ‘That is one unique benefit of our technology: it has the capability of being deployed anywhere it’s needed. It’s not forced to be on a cloud where it could be problematic with patient data,’ Powell explains.

In addition, NVIDIA introduced ‘Clara Genomics’ a few months back. ‘There is a lot of disruptive innovation happening in the area of genomics, one of them is the so-called ‘third generation sequencing technology’ or ‘long read sequencing’,’ Powell explains. ‘The instruments are creating so much data the research community needs rapid analysis tools to minimize the movement and storage of huge genomics data. What we’re working on is to find solutions on how we can assist the analysis of that data.’

Partnerships with business and academics

To me, it’s crazy for people to think that jobs will be replaced because we are already at a huge personnel deficit

The Clara application framework is NVIDIAs contributions to this critical AI moment in healthcare. ‘We will continuously integrate the state-of-the-art AI techniques used by internet providers and NVIDIA’s autonomous driving to create a large body of tools that will enable the healthcare industry to innovate and adopt this powerful technology.’

However, NVIDIA is not only working with the industry, but also with academic and research institutions. They are collaborating with the King’s College London to bring AI in medical imaging to the point of care. In another project, they are applying ‘federated learning’ to algorithm development, allowing algorithms to be developed on site, using data from the local institutions, without the need for data to travel outside of its own domain. The work could lead to breakthroughs in classifying stroke and neurological impairments, determining the underlying causes of cancers, as well as recommending the best treatment for patients. 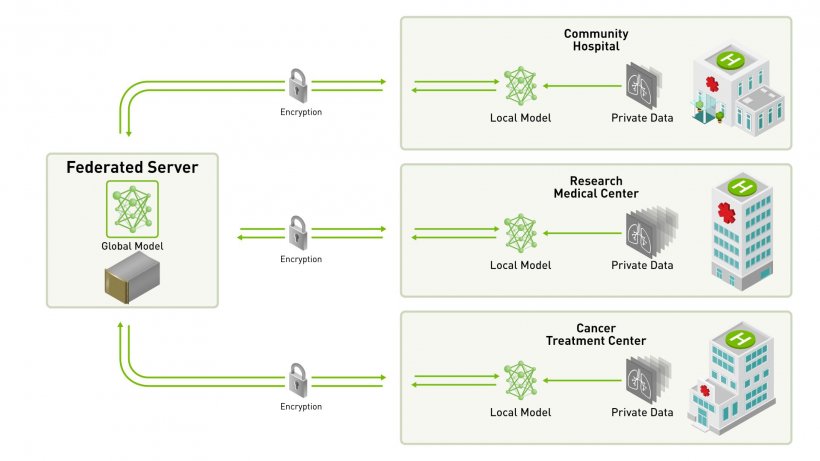 According to Powell, AI algorithms and workflows will create new opportunities for both new and existing healthcare companies over the coming decades. ‘AI is writing software and it improves by seeing more data or by being corrected by the human using it’, Powell explains and adds: ‘For me, that is a huge opportunity for the large healthcare companies to really re-invent themselves. Continuous integration of AI technology presents a lot of new business model opportunity for software and services.’

Speaking about upcoming changes, Powell also addressed the predictions that AI could be used to one day completely replace physicians. ‘To me, it’s crazy for people to think that jobs will be replaced because we are already at a huge personnel deficit. If anything, the physician should really think about that AIs will empower them to work on the hard stuff that they trained their whole life to work on: changing the trajectory of a patient’s clinical pathway. We should think about how to use AI to facilitate and optimise their workflow so that they can focus on the patient.’

After studying electrical and computer engineering at Northeastern University, Kimberly Powell Bsc joined NVIDIA in 2008 with responsibility for establishing NVIDIA GPUs as the accelerator platform for medical imaging instruments. As Vice President of Healthcare, she is responsible for NVIDIA’s worldwide healthcare business, including hardware and software platforms for accelerated computing, AI and visualisation that power the ecosystem of medical imaging, life sciences, drug discovery and healthcare analytics.

AI in cardiology: so much is feasible – but is everything useful?

It might sound like science fiction but it is reality in cardiology: with the help of artificial intelligence (AI) physicians can recognize from a patient’s headshot whether the person is suffering…

Artificial intelligence (AI) could help guide the post-treatment surveillance of non-small cell lung cancer (NSCLC) patients and improve outcomes as a result, according to a new study.