The device can be worn on the upper arm while the wearer goes about their day.

The device is about the size of a stack of six quarters. It is applied to the skin through a Velcro-like patch of microscopic needles, or microneedles, that are each about one-fifth the width of a human hair. Wearing the device is not painful—the microneedles barely penetrate the surface of the skin to sense biomolecules in interstitial fluid, which is the fluid surrounding the cells beneath the skin. The device can be worn on the upper arm and sends data wirelessly to a custom smartphone app.

Imagine being able to measure your blood sugar levels, know if you've had too much to drink, and track your muscle fatigue during a workout, all in one small device worn on your skin. Engineers at the University of California San Diego have developed a prototype of such a wearable that can continuously monitor several health stats—glucose, alcohol, and lactate levels—simultaneously in real-time.

"This is like a complete lab on the skin," said center director Joseph Wang, a professor of nanoengineering at UC San Diego and co-corresponding author of the paper. "It is capable of continuously measuring multiple biomarkers at the same time, allowing users to monitor their health and wellness as they perform their daily activities."

Most commercial health monitors, such as continuous glucose monitors for patients with diabetes, only measure one signal. The problem with that, the researchers said, is that it leaves out information that could help people with diabetes, for example, manage their disease more effectively. Monitoring alcohol levels is useful because drinking alcohol can lower glucose levels. Knowing both levels can help people with diabetes prevent their blood sugar from dropping too low after having a drink. Combining information about lactate, which can be monitored during exercise as a biomarker for muscle fatigue, is also useful because physical activity influences the body's ability to regulate glucose.

"With our wearable, people can see the interplay between their glucose spikes or dips with their diet, exercise and drinking of alcoholic beverages. That could add to their quality of life as well," said Farshad Tehrani, a nanoengineering Ph.D. student in Wang's lab and one of the co-first authors of the study. 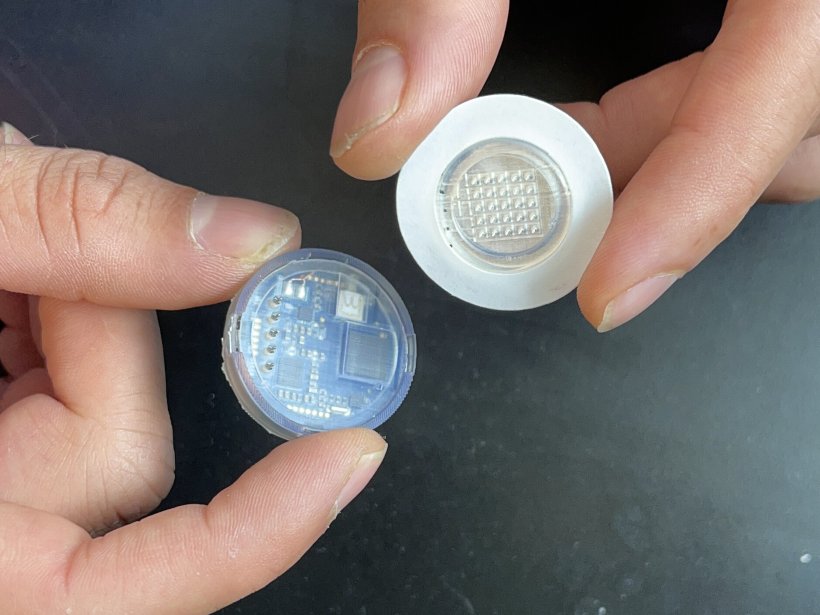 The disposable microneedle patch detaches from the reusable electronic case.

The wearable consists of a microneedle patch connected to a case of electronics. Different enzymes on the tips of the microneedles react with glucose, alcohol and lactate in interstitial fluid. These reactions generate small electric currents, which are analyzed by electronic sensors and communicated wirelessly to an app that the researchers developed. The results are displayed in real time on a smartphone.

An advantage of using microneedles is that they directly sample the interstitial fluid, and research has shown that biochemical levels measured in that fluid correlate well with levels in blood.

"We're starting at a really good place with this technology in terms of clinical validity and relevance," said Patrick Mercier, a professor of electrical and computer engineering at UC San Diego and co-corresponding author of the paper. "That lowers the barriers to clinical translation." 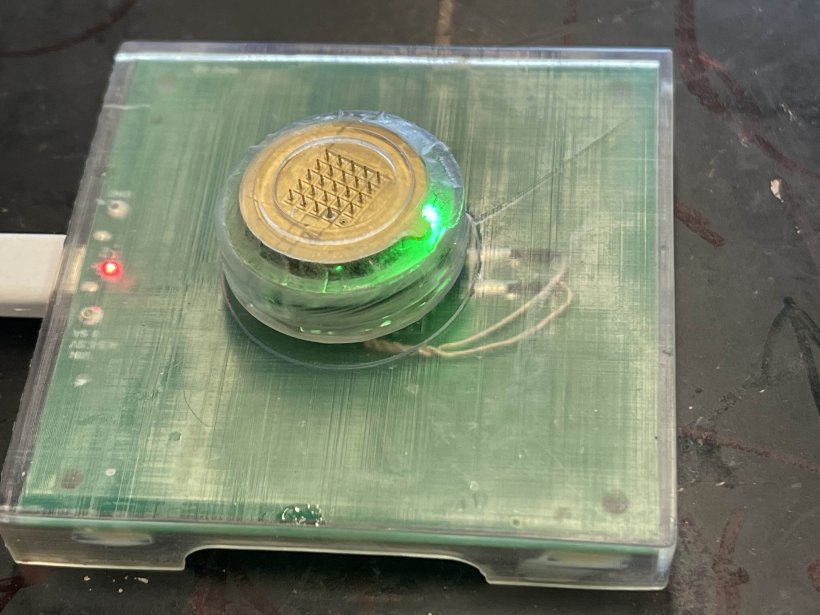 The device can be recharged on an off-the-shelf wireless charging pad.

The microneedle patch, which is disposable, can be detached from the electronic case for easy replacement. The electronic case, which is reusable, houses the battery, electronic sensors, wireless transmitter and other electronic components. The device can be recharged on any wireless charging pad used for phones and smartwatches.

Integrating all these components together into one small, wireless wearable was one of the team's biggest challenges. It also required some clever design and engineering to combine the reusable electronics, which must stay dry, with the microneedle patch, which gets exposed to biological fluid.

"The beauty of this is that it is a fully integrated system that someone can wear without being tethered to benchtop equipment," said Mercier, who is also the co-director of the UC San Diego Center for Wearable Sensors.

ELSAH: A wearable to determine biomarkers

Testing and next steps

The wearable was tested on five volunteers, who wore the device on their upper arm, while exercising, eating a meal, and drinking a glass of wine. The device was used to continuously monitor the volunteers' glucose levels simultaneously with either their alcohol or lactate levels. The glucose, alcohol and lactate measurements taken by the device closely matched the measurements taken respectively by a commercial blood glucose monitor, Breathalyzer, and blood lactate measurements performed in the lab.

Farshad Tehrani and fellow co-first author Hazhir Teymourian, who is a former postdoctoral researcher in Wang's lab, co-founded a startup company called AquilX to further develop the technology for commercialization. Next steps include testing and improving upon how long the microneedle patch can last before being replaced. The company is also excited about the possibility of adding more sensors to the device to monitor medication levels in patients and other health signals.

The research is published in Nature Biomedical Engineering.

From the wrist into the ear – the potential of hearables

Progress in miniaturising sensor technology has opened up new possibilities for monitoring vital signs outside the hospital environment. A subset of wearables are the so-called hearables – in-ear…

Researchers at Nottingham Trent University and Nottingham University Hospitals NHS Trust have developed a new biosensor capable of accurately monitoring the condition of a chronic wound. 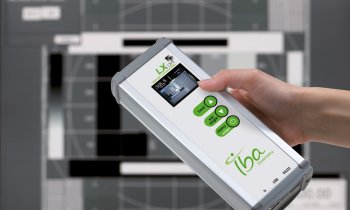