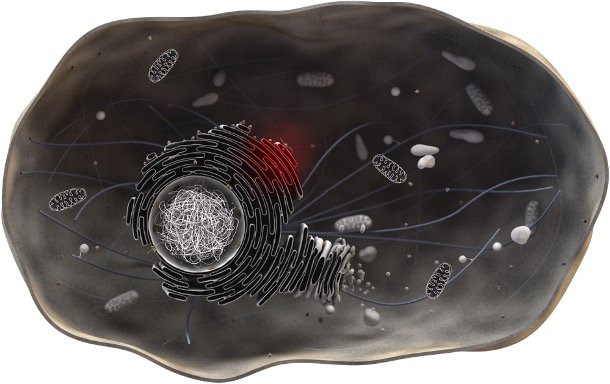 An international team around the biochemists Robert Ahrends from the University of Vienna and Jan Medenbach from the University of Regensburg identified a novel mechanism of chemoresistance which has now been published in "Nature Communications". It is driven by the Unfolded Protein Response (UPR), a cellular stress response pathway that alters gene expression and cellular metabolism to promote adaption and cell survival upon accumulation of unfolded proteins.

There is a broad range of mechanisms associated with chemoresistance, many of which to date are only poorly understood. The so-called cellular stress response – a set of genetic programmes that enable the cells to survive under stressful conditions – plays a key role in the development of numerous diseases and in chemoresistance. A better understanding of the cellular stress response pathways is therefore urgently required to develop new therapeutic concepts to overcome chemoresistance. "In this context, we employed comprehensive analytical approaches to gain deep and molecular insight into the Unfolded Protein Response, a cellular stress reaction induced by unfolded proteins", says Robert Ahrends, group leader at the Department of Analytical Chemistry of the Faculty of Chemistry.

Besides the previously known factors, we identified to our surprise numerous genes that have not previously been implicated in stress response pathways, and many of them have key functions in cancer development and cellular metabolism

The Unfolded Protein Response contributes to cancer development and progression and plays an important role in diseases such as diabetes and neurodegenerative disorders. For their study of the UPR’s molecular biological characteristics, the researchers applied state-to-art analytical tools in the context of a multiomics approach, combining large datasets from genetics, proteomics and metabolomics. This allowed them to define the Unfolded Protein Response regulon, a comprehensive list of genes that are activated to promote cell survival under stress. "Besides the previously known factors, we identified to our surprise numerous genes that have not previously been implicated in stress response pathways", explain the researchers, "and many of them have key functions in cancer development and cellular metabolism."

Changes in cellular metabolism are characteristic of many cancer types and promote a rapid tumour growth, as Nobel Prize winner Otto Warburg demonstrated already in the 1930s in his ground-breaking work. In their study, the researchers discovered stress-mediated genetic regulation of enzymes involved in one-carbon (1C) metabolism which relies on the vitamin folate as a cofactor. Concomitant to the metabolic re-wiring, the stressed cells became fully resistant against chemotherapeutic agents, which target this specific metabolic pathway. This includes Methotrexate, a drug commonly employed in the treatment of cancer and rheumatic diseases. Detailed biochemical and genetic investigations revealed that resistance is driven by a previously unrecognized mechanism. According to the study authors, its precise molecular characterisation might lead to novel therapeutic concepts aimed at overcoming chemoresistance in cancer therapy.

Genentech researchers have identified an enzyme that shifts pancreatic cancer cells to a more aggressive, drug-resistant state by epigenetically modifying the cells’ chromatin. The study, which…

In order to better prevent and restore fertility and reduce the risk of sterility in cancer survivors, researchers investigate the mechanisms behind negative effects of chemotherapy.