‘With the rapid rate of the decline, it will not be many years before this practice is extinct throughout the vast majority, if not all, of the UK,’ suggests Angus Turnbull from Imperial College London, who led the research. ‘This is the grave situation currently surrounding hospital autopsy. Thirty years ago, up to 28% of all in-patient adult deaths underwent consent autopsy.’

In the UK autopsy is divided into medico-legal autopsy – one required by law under the jurisdiction of a coroner – and consented autopsy, performed with the consent of the family of the deceased.

Turnbull: ‘Over the past half-century, small single site studies have noted a marked decline in consented autopsy rates. However, there has been no study for over 20 years to determine the extent of the decline nationwide.’

Researchers believe there are a number of reasons for the decline:

‘All of this is perpetuated by a vicious circle - autopsy has been requested less by physicians, which mean fewer junior doctors know the benefit autopsy can bring,’ he added. ‘Few doctors of the future will request autopsy.’

A key reason for the decline is that confidence in diagnosis has risen with improved diagnostics, however he points out that the literature also shows that actual misdiagnosis rates remain high.

In addition, from his personal experience as a medical student, he said that nowadays ‘many medical students will not attend a single autopsy throughout their training – yet a generation ago they were used in student teaching on a weekly basis.’

Whilst suggesting there are no alternatives as effective as the hospital post-mortem, there is a move – driven by religious communities – towards non-invasive ‘radiological autopsies’.

‘We believe these will be used more extensively in the future in replacing the classical Coronial Post-mortem,’ he said. ‘They will, however, have minimal benefit in replacing the hospital post mortem, because the majority of patients who die in hospital have already been extensively imaged radiologically and these autopsies do not provide the opportunity to use tissue samples for research purposes into the pathophysiology of diseases.’ The practice of post mortem examination, or autopsy, dates back to mummification and human dissection in 3000 BC, but is thought to have entered medical practice in its current form in the 1800s.

Turnbull pointed out that the virtual extinction of consented autopsy should be of concern because it has the potential to bring multiple benefits to the medical community by aiding in clinical audit, quality assurance, public health, misdiagnosis, epidemiology and the teaching of trainee pathologists and medical students. It also has a value in the realms of medical research: in clinical trials it acts as a perfect end point, enabling research of medical procedures and surgical techniques; mortality statistics (huge progress has been made in neonatal and maternal mortality, in part due to findings from autopsy), and education of medical students. Evidence suggests the use of autopsies is also declining in Europe and the USA.

Turnbull concludes: ‘Clinicians and patients should understand that autopsy, which once was of vital importance, has been reduced to a rarity in modern medicine. Unless the medical and lay community act now, then consented autopsy shall soon be extinct along with all the benefits it can bring. Further research should be focused on quantifying the benefits of autopsy and examining the reasons for the decline in numbers. It should look at the impact that low autopsy figures have on patient safety, clinical audit and research, public health, and teaching.’

PROFILE:
Angus Turnbull is a final year medical student at Imperial College London. His special interests are patient safety and autopsy with on-going study of the value of hospital autopsy in modern medicine and strategies to increase rates. Medical school highlights include a clinical quality improvement initiative in patient safety (looking at side room infection control) and a 1st class Honours BSc degree in Respiratory Sciences. He played an integral part in the implementation of an electronic early warning system to detect acutely deteriorating patients at York Teaching Hospital NHS Foundation Trust.

More than 43 million additional health workers are needed to meet targets for universal health coverage around the world, according to a new peer-reviewed study.

Germany’s lack of diagnostic ability led to significantly underestimation of its own as well as global Covid-19 infection levels during the first wave. Now, however, improved testing and diagnosis…

Xyall BV, a medtech innovator in molecular pathology, has entered into a multi-year, strategic partnership with Motic, a world leader in microscopy and digital pathology systems. Their goal is to… 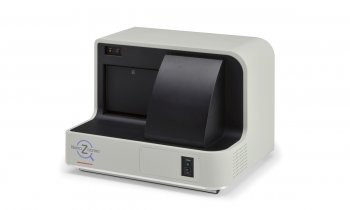