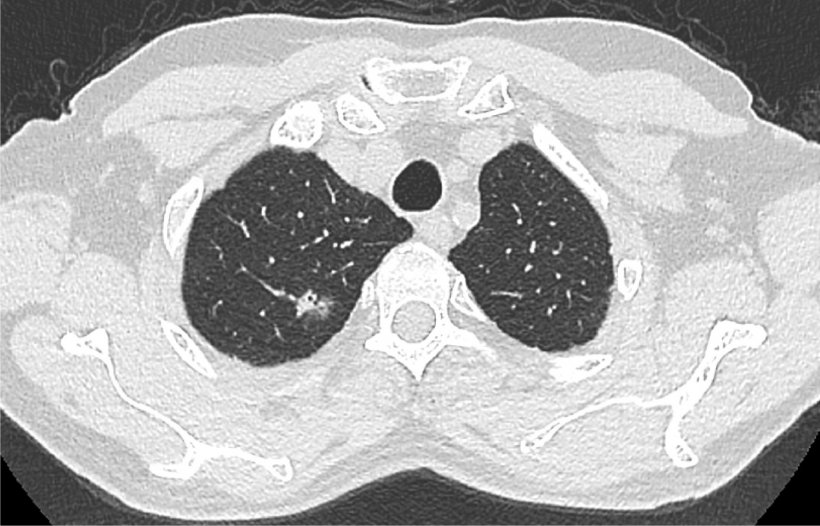 The session, entitled ‘Lung cancer screening implementation in Europe: where are we now?’ will be chaired by Dr Annemiek Snoeckx, from the Department of Radiology at Antwerp University Hospital and the University of Antwerp in Belgium.

With lung cancer causing 1.76m deaths a year worldwide (5,726 deaths a day), she will look initially at the pivotal aspects of a lung cancer screening service, focusing on the 10 key points of eligibility criteria (who should be screened), plus shared decision-making; image acquisition; imaging review; good communication; smoking cessation; a multi-disciplinary approach; quality assurance; cost effectiveness; research and Artificial Intelligence. ‘From there,’ Snoeckx said, ‘the session will focus on the struggles different countries encounter in the implementation of lung cancer screening. I think the biggest problem now in Europe is that there are not yet any European recommendations.’

Welcoming the recent move to include lung cancer screening in Europe’s Beating Cancer Plan, she gave a prediction. ‘I think one of the conclusions from the session might be that different countries have different problems because they have different healthcare systems, but that there also are challenges that are common and need to be tackled from a European level.’

Snoeckx, a co-founder of Flemish Lung Cancer Screening Task Force, explained that, in Belgium, lung cancer screening is organised on a regional level. She advocates a MDT (multi-disciplinary team) approach, including radiologists, medical physicists, tobacco cessation specialists, pharmacologists, surgeons, radiotherapists, and epidemiologists and underlines the importance of the smoking cessation aspect to screening.

As another speaker in the session, Dr Marie-Pierre Revel, Head of the Radiology Department at Cochin hospital, University of Paris, will outline the position on lung cancer screening within France and ongoing plans to develop this.Her presentation will provide an overview of lung cancer screening studies in France, will discuss pilot programmes, as well as explain how French radiologists are being prepared for large-scale screening. Revel also has a role overseeing the European Society of Thoracic Imaging (ESTI) Lung Cancer Screening Certification Project (supported by ESR) to introduce the European certification in nodule assessment and lung cancer screening as a qualification to standardise training and expertise quality across Europe.

Funding has been granted for a national pilot study in France focusing on women aged 50-74 (the same catchment as for breast cancer). ‘We consider that women invited for breast cancer screening, if they are eligible in terms of smoking history, could also benefit from lung cancer screening, and we also need more data on women.’ Another area of the work is in validating readings to enable reliance on a single radiologist rather than double reading, said Revel, who also has a key role in a verification programme at European level, based on e-learning to train radiologists in screening.

We need to change the way we consider smoking; for years it has been considered a way of life, as the expression of liberty, but being a smoker is a disease and is responsible for so many deaths

2,400 females are participating in the French pilot study – selected from four areas of France with different socio-economic profiles. Radiologists will be trained to use artificial intelligence  in the process, with the work also evaluating AI as a unique reader. The study will additionally evaluate psychological consequences of screening among participants and the rate of detected co-morbidities, such as COPD and coronary artery disease. The hope, she explained, is that these trials will help shape future lung cancer screening programmes in France.

However, Revel stressed that only eradicating smoking will resolve the health threat, pointing particularly to rising cases of women of much younger age now presenting with Stage 4 lung cancer. ‘The smoking situation in France – and Spain – is really worrying. We have an epidemic of lung cancer in the female population. We need to change the way we consider smoking; for years it has been considered a way of life, as the expression of liberty, but being a smoker is a disease and is responsible for so many deaths.’

Dr Annemiek Snoeckx is a chest radiologist at the University Hospital of Antwerp and the University of Antwerp and is a co-founder of the Flemish Lung Cancer Screening Task Force. Her interest and research focuses on AI and biomarkers in lung cancer imaging, pulmonary nodules and screening.

Article • The difficulty? Unpredictability in the entire process

Better outcomes, more favourable prognoses – oncologists and their lung cancer patients didn’t dare to dream about it. Finally, there might be hope. The so-called checkpoint inhibitors…