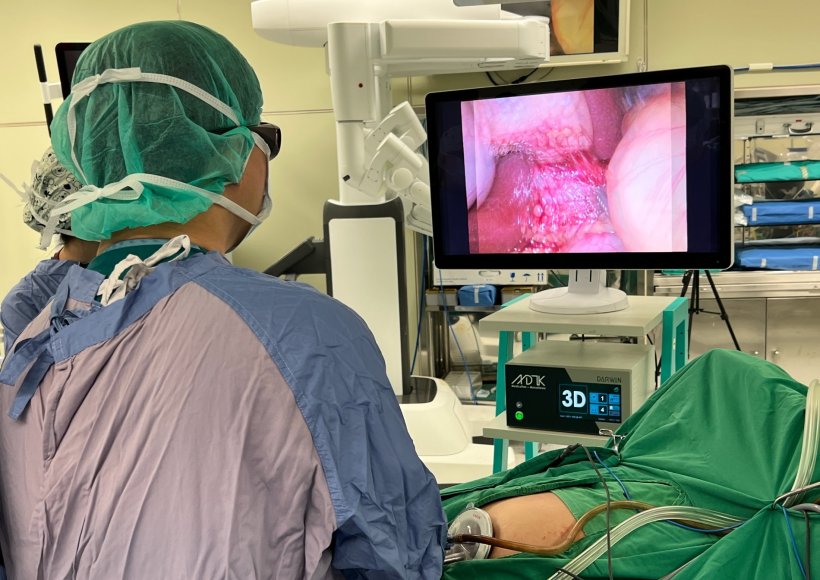 The conversion feature, called "Keep-2D-See-3D", has become an acceptable and efficient method to help doctors gain spatial vision during surgery and gastrointestinal endoscopic procedures for years. The system has been installed in hospitals around the world since 2017. Two of the hundreds of Darwin 3D Endoscopic Visualization System users, Dr Miguel Afonso from Portugal and Dr Cheng-Ming Peng from Taiwan, share their unique experiences with the Darwin 3D system.

Dr Miguel Afonso from Gastroclinic in Lisbon, Portugal, applies the Darwin 3D Endoscopic Visualization System in every endoscopic sleeve gastroplasty to obtain the better visualization and depth perception, without the 3D effect causing nausea. ‘It’s not possible to drive our car with only one eye. In fact, it is the binocular vision or two-eye vision that gives us depth perception. Being able to see the inner side of a stomach in 3D helps us understand not only the distance, width, and length, but also the depth. 3D view is already available for laparoscopy. The novelty of the Endoscopic Visualization System is that the gastroenterologists can now have an identical system in endoscopy. This is really a great progress in gastroenterology,’ said Afonso. 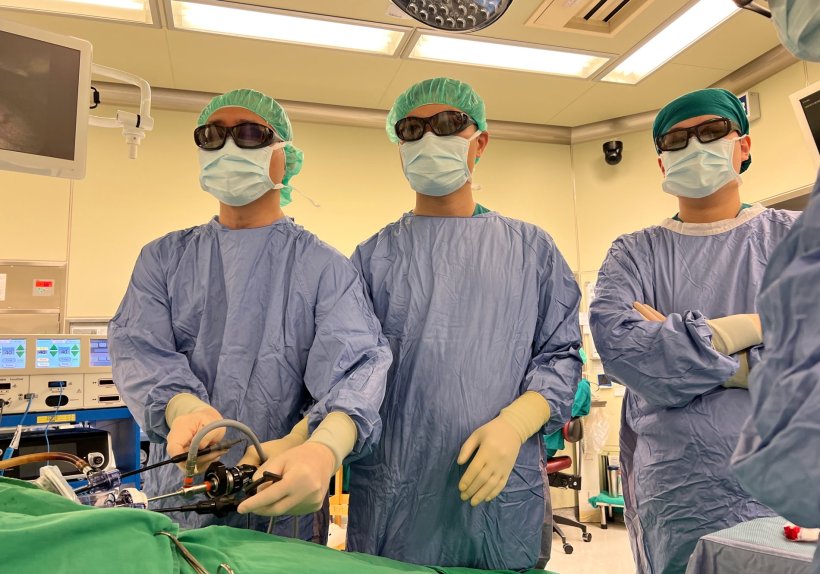 In Asia, Dr Cheng-Ming Peng from Chung Shan Medical University Hospital in Taiwan is amazed by the 3D vision brought by MedicalTek’s Darwin system during single-port laparoscopy with a scope of 5 mm diameter and 46 cm length. He states that before the operation, he thought the image would be too dark since the light source usually does not project far enough through such a long and thin scope for him to observe the deeper tissues in patient’s abdomen; with an added darkening effect from the 3D glasses. The gamma correction function, which enhances both the brightness and contrast of the image, in the Darwin system, compensates the disadvantage of the thin laparoscope and brings clearer sight for him to conduct the single-port laparoscopy with depth perception.

Peng has sought 3D solution with longer and thinner telescopes for single-Port and NOTES (Natural Orifice Transluminal Endoscopic Surgery) for long; for him, the operation with big dual-lens 3D scopes proved is challenging due to collisions between the scope and surgical tools. Now, thanks to the depth perception brought by the Darwin 3D vision available for the long and narrow space, single-port surgeries are easier to conduct and less time-consuming. Patients also benefit from the scarless surgeries with less pain and faster recovery. The Darwin system does improve the way that Peng conducts single port and port-less laparoscopy. Apart from that, MedicalTek’s newly-launched Lascaux (MS-300) 4K/3D/HD Recorder supports dual-inputs, allowing not only single-signal but also dual-signal 3D recording, e.g. during robotic surgery. With this new device, the audience in the conferences can now watch the live 3D robotic surgery image.

MedicalTek was incubated by IRCAD-Taiwan. Prof Jacques Marescaux brought many brilliant ideas during the product development. Furthermore, in order to bring a better 4K3D image to doctors, MedicalTek is in partnership with the world-famous display manufacturer, AUO Display Plus. MedicalTek is planning to launch its own 4K3D medical monitor. With this integration, the Darwin 3D Endoscopic Visualization System will be more affordable while taking the quality to next level, the company announces.

Innovative smart weighing scales are adding a new dimension to home monitoring for healthcare. By collecting data via sensors and proprietary technology as people stand on them, the scales can assess…