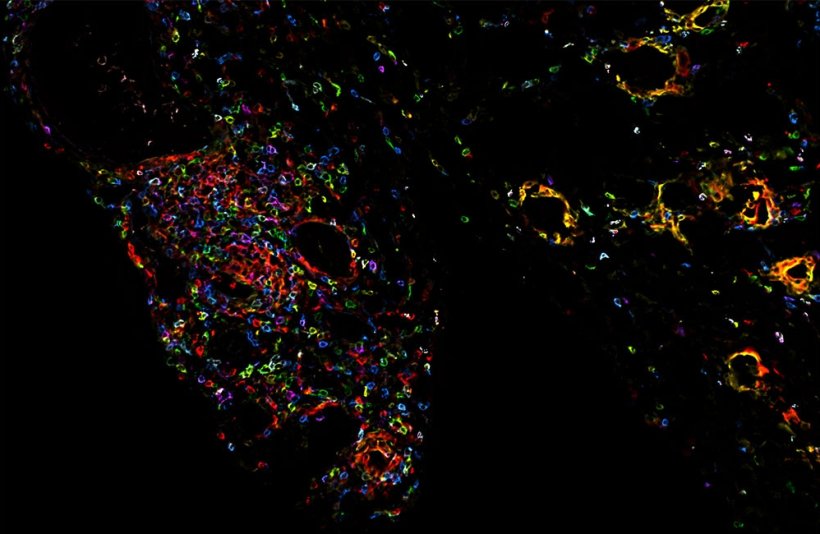 The researchers were able to partially replace the cell's function using a signaling molecule. This may make it possible to overcome resistance to cancer immunotherapy.

Cancer immunotherapy, which supports the body’s own immune system in destroying tumors, has proven to be one of the most effective means of treating cancer in recent years. Unfortunately, not all patients respond equally well and some develop resistance in the course of treatment. “We therefore want to identify the barriers to cancer immunotherapy and develop methods to overcome them,” says Professor Alfred Zippelius, who heads a research group in the University of Basel’s Department of Biomedicine and is deputy head of oncology at the University Hospital of Basel.

A recent study by his research group reports on the successful implementation of this approach. The study was published in the journal Science Translational Medicine. The researchers identify an important factor in cancer immunotherapy and present a method for introducing it into the tumor’s microenvironment. The study was carried out in collaboration with the University of Zurich as part of a Sinergia Grant from the Swiss National Science Foundation.

For the study, the researchers first turned their attention to a sub-group of natural killer cells in the tumor tissue which had previously been accorded little importance. Experiments showed that these cells produce a signaling molecule, chemokine CCL5. A lack of these killer cells in the tumor tissue – and therefore a lack of CCL5 – significantly worsened the effectiveness of cancer immunotherapy, as the researchers proved in experiments on mice and on tumor tissue from cancer patients. The reason for this is that CCL5 plays a major role in the cascade that triggers an immune defense in the tumor cells. It attracts dendritic immune cells, which detect cancer cells and mark them for destruction. “The chemokine CCL5 produces an environment in the tumor that facilitates effective immunotherapy,” says Zippelius.

Based on this insight, the team developed a way to remedy the lack of CCL5 in tumors. They inserted the gene for it into an adenovirus that is harmless to humans. The surface of the virus has receptors that guide the virus directly to the tumor. Once it reaches the tumor, the gene is read out and CCL5 is produced in the tumor’s local environment over a longer period of time. Analyses of mice and human tumor models showed that more dendritic immune cells infiltrated the tumor as a result, boosting immunotherapy.

“The chemokine CCL5 therefore has the potential to transform resistant tumors into tumors that respond to immunotherapy,” says the study’s lead author, molecular medicine specialist Dr. Nicole Kirchhammer. She is now working on developing the adenovirus platform for use in clinical practice at the Basel start-up Vector BioPharma AG, founded last year. The method aims to create the right blend of immune cells and signaling molecules in the tumor’s environment to make immunotherapy as effective as possible. “Combined approaches like this are probably the future of cancer treatment,” Kirchhammer says.

An unexpected discovery that could bring new hope to cancer patients worldwide: Researchers from the University of California San Diego have identified a mechanism that could predict response to…