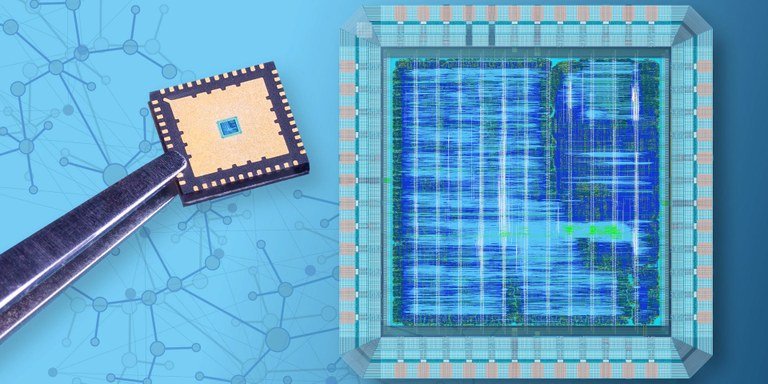 Thanks to this breakthrough, special chips that are suitable for this artificial intelligence (AI) can recognise speech, gestures and electrocardiograms (ECGs) a factor of twenty to a thousand more efficiently than traditional AI techniques. Such chips are on the verge of practical, everyday applications. The results of the research were published in the scientific journal Nature Machine Intelligence.

Our algorithm performs at least as well but much more energy-efficiently than traditional deep neural networks. In theory, we gain a factor of a hundred to a thousand

Over the past decade, AI has gained more and more everyday applications, including for recognising images and spoken word. This is done with deep neural networks, which are highly simplified mimics of the way the human brain processes information. For mobile applications, however, running current AI models often costs too much energy. Developing low-power AI has therefore become increasingly important.

One way to make AI applications more energy efficient is to make the neural networks more similar to those of the human brain. Classical neural networks use signals that are continuous and easy to handle mathematically. Spiking neural networks compute with pulses, which is much more like what happens in the brain and takes less energy, but has the disadvantage that the signals are discontinuous and harder to handle mathematically. However, Bohté and his two co-authors have found a mathematical solution to that problem. "We tested our computer algorithm on three benchmarks," says CWI researcher Sander Bohté. "These benchmarks consist of test sets of about ten gestures, a series of words and a continuous ECG signal. Our algorithm performs at least as well but much more energy-efficiently than traditional deep neural networks. In theory, we gain a factor of a hundred to a thousand."

To use algorithms like Bohté's in everyday applications, special neuromorphic computer chips are needed. The architecture of these chips resembles the biological architecture of the human brain more than that of traditional computer chips. Bohté: "Based on our algorithms, our research partner IMEC has made a special neuromorphic chip with 336 spiking neurons: the μBrain chip. If we run our algorithm on this special chip, we gain a factor of 20 in energy consumption. Compared to the theoretical energy gain, the energy gain in practice is always lower because of the conversion of digital to analogue signals and vice versa, and because of the reading of data. But an energy gain of 20 times is still a lot. For detecting heart defects, it means that you can implant an ECG-recording chip and it will run for a year on a single battery."

In the coming years, neuromorphic chips will contain more and more spiking neurons, which will further expand the application possibilities of artificial intelligence in wearable chips. For example, at the end of September, American chip manufacturer Intel produced the neuromorphic chip Loihi 2, which already contains one million spiking neurons.