‘The project is to help improve the care of patients after prolonged treatment in the intensive care unit (ICU) and to close the gap in the transition from intensive care to aftercare,’ the professor explained during our interview. Prolonged treatment in intensive care frequently leads to chronic physical and psychological impairments, also described as Post Intensive Care Syndrome (PICS). This description relates to new or worsening physical (pulmonary, neuromuscular, physical-functional), cognitive (such as memory- or concentration problems) and psychological (anxiety disorders, post-traumatic stress disorder and depression) problems in patients, which occur due to illness requiring treatment in intensive care and persist after hospital treatment,’ Professor Christian Apfelbacher explains.

‘On-going, comprehensive diagnostic investigation, as well as adequate multidisciplinary care with coordination of services, are imperative for patients who have received intensive care. Patients find coordinated, needs-based medical care after being discharged helpful. It can also help to reduce the large share of patients who have to be readmitted after being discharged: Care models would be desirable that go beyond the services provided by rehabilitation clinics and are customised to patients’ needs during the post-ICU phase.’

Patients who are discharged after a lengthy stay in intensive care are rarely completely recovered and most are still dependent on help. Therefore, the study project is not only aimed at patients but explicitly also their relatives, as ‘they are also affected by the continuous morbidity. PTSD, depression, anxiety and adjustment disorders can be potential implications. In recent publications these psycho-pathological reactions among relatives have also been described as PICS-Family (PICS-F),’ Apfelbacher adds.

However, persistent psychological - and physical morbidity after discharge, or transfer, has so far not been sufficiently addressed; this is where the study comes in. The working group wants to specify patients and relatives needs, with the help of primary and secondary data and to develop a concept for intensive out-patient aftercare on this basis. ‘Intensive out-patient aftercare would improve the processes - coordination of therapeutic services, referrals based on specific medical needs, contact with GPs, involvement of relatives – and close the gap in care,’ Apfelbacher said, who also explained that the project is carried out alongside Professor Dr Thomas Bein from the Anaesthesiology Clinic at Regensburg University Hospital. 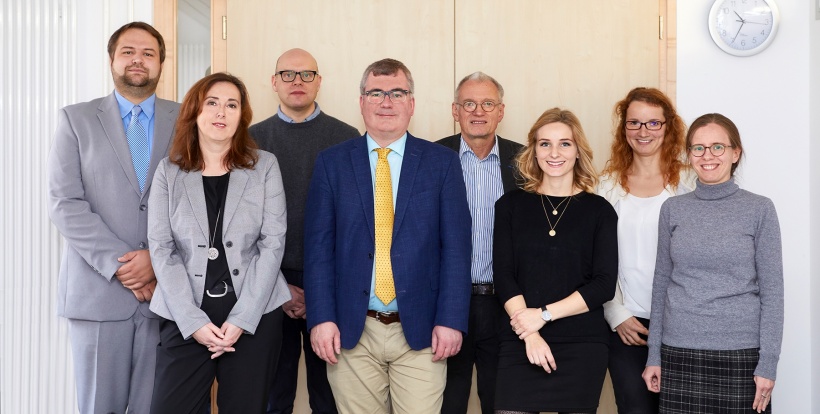 The study includes adult patients who have spent more than five days in intensive care, have had organ replacements and have a predicted life expectancy of more than six months. The first step is to investigate the uptake of care as well as existing care requirements of patients and their relatives after discharge from the ICU, with the help of guided interviews. Recruitment of around 25 patients, plus their relatives, is done via stratified quota sampling with regards to age, gender and severity of illness among the participants and consortium partners. In parallel, an analysis of routine data from health insurer AOK Bavaria will be carried out to capture the objective care requirements.

All those involved in the care process will be asked about their knowledge of the care requirements, their views as to the possibilities and challenges of interdisciplinary cooperation and their expectations regarding the practicability of intensive out-patient aftercare in focus group discussions. The group setting and resulting dynamics of interaction are to evaluate subjects and statements that go beyond the contents provided in the guidelines. Five focus group discussions are anticipated, with up to eight participants each. To ensure each group is heterogeneous, participants will have mixed educational backgrounds and professions.

‘An elementary building block of care’

The participative approach of the concept means that the subject of transferability to the treatment situation in everyday life is an inherent feature. ‘We see the focus of the intensive out-patient aftercare in examination, diagnostic investigation and coordination of therapeutic services, with cooperation between surgeries and therapists being an elementary building block of care,’ Apfelbacher concludes.

In 2003, Professor Christian Apfelbacher PhD gained a master’s degree in philosophy at the Munich School of Philosophy, followed by a Master of Science in Public Health at the London School of Hygiene and Tropical Medicine (DLSHTM) in 2006. Two years later he became a Doctor of Humanistic Sciences at the Medical Faculty of Heidelberg University. Then came a PhD in Philosophy at Brighton & Sussex Medical School in 2013. In the same year he qualified to teach medical sociology. In spring 2014, Apfelbacher became Professor for Medical Sociology at the Institute for Epidemiology and Preventive Medicine at Regensburg University.

A new type of vaccine provides protection against a variety of SARS-like betacoronaviruses, including SARS-CoV-2 variants, in mice and monkeys, according to a new study.