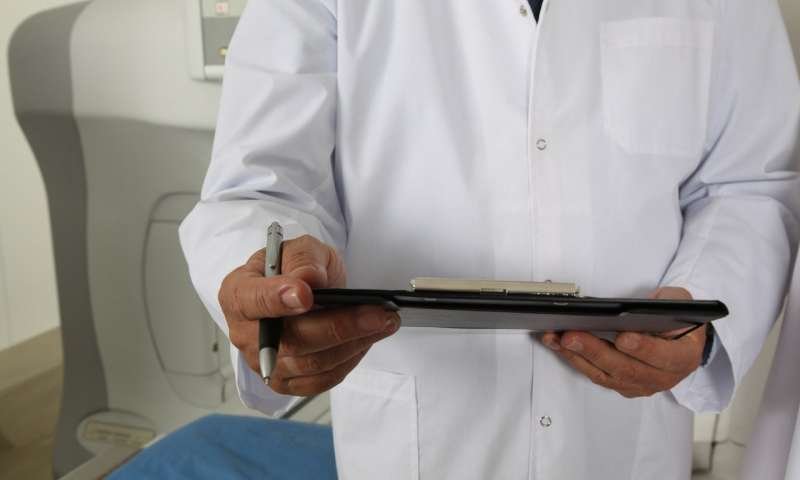 Study finds that doctors with burnout are twice as likely to make mistakes, such as incorrect diagnoses or wrong prescriptions. Preventable harmful medical errors occur in one in 20 patients according to a recent GMC report.

"We show conclusively that the provision of safe, high quality patient care is severely compromised when doctors are physically, emotionally and mentally exhausted."

Burnout also doubles the likelihood of lower professional standards, such as not following NICE guidelines or malpractice. And burnout, argues Dr. Maria Panagioti from the University of Manchester, who led the study, may be impacting on dropping patient satisfaction. The study found that patient satisfaction is three times more likely to be lower when doctors are physically, emotionally and mentally exhausted – core signs by which experts identify burnout.

Existing research shows that though it has been traditionally considered high, public satisfaction with the NHS has dropped from 63 percent in 2016 to 57 percent in 2017 – a drop of 6 percentage points. Another worrying finding of the study is that in junior doctors in particular, burnout increases the likelihood of lower professional standards by 3.5 times. A recent General Medical Council survey of 52,000 UK trainee doctors which found than one in for trainees feel burnt out.

Dr. Maria Panagioti said "This meta-analysis provides a snapshot of what happens to patients when their doctors are burnt out. We show conclusively that the provision of safe, high quality patient care is severely compromised when doctors are physically, emotionally and mentally exhausted. Clearly, this is not is not the fault of doctors. It's caused by a combination of factors including high workload, the way teams work together and the absence of measures which improve wellbeing. But it's also about a performance culture which in recent years has become more prevalent in the medical profession. Doctors are increasingly being asked to be superhuman, when they are not. They need care and attention that anyone would need when under such enormous pressure and that is just not happening."

She added: "We urge NHS instructions to urgently rethink the environment in which doctors are often forced to work. NHS bodies need to look at workload, improved team working, and making time to meet with other doctors. Our previous studies show approaching individuals on case-by-case basis is not effective and the issue should instead be tackled with organisation-wide initiatives. Resilience training such as mindfulness courses which are time-protected and financially supported by healthcare organisations are helpful too."

"We urge NHS instructions to urgently rethink the environment in which doctors are often forced to work."

Professor Carolyn Chew-Graham, Professor of General Practice Research at Keele University said: "As a GP, I am well aware of the impact of stress in clinicians on the individual and their colleagues. "This study provides evidence that physician burnout potentially jeopardises patient care and patient safety. This reinforces the need for policy-makers to ensure that healthcare systems support clinicians, and that clinicians recognise symptoms of burnout in themselves and others, and either seek or offer help and support. "A sick work force cannot provide good patient care."

Dr. Ruth Riley, of the University of Birmingham's Institute of Applied Health Research, said: "The findings from this meta-analysis show that investing in the wellbeing of doctors will pay dividends for patient safety. "Caring for our care providers by preventing the causes of burnout and improving access to support will enhance the wellbeing of our doctors and is likely to confer benefits to patients."

All laboratories should utilise quality monitoring systems and systematically work through their workflow processes to identify problem areas, according to Lucia Berte, who specialises in quality…

“Inclusion of women in studies and guidelines must be increased”

Women and men are different – nobody would argue with this statement. However, in medicine, gender plays a subordinate role. Neither research, prevention nor therapy adequately reflect this…

Triggers of acute heart failure vary globally, according to late breaking results from the REPORT-HF registry presented at Heart Failure 2018 and the World Congress on Acute Heart Failure, a European…