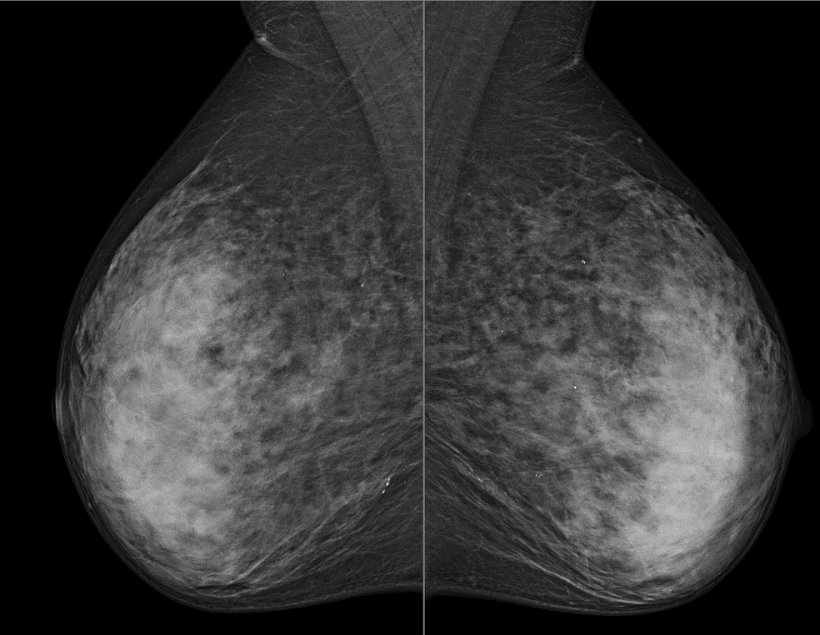 The reason for underdiagnosis not only lies in the density of the glandular breast tissue but also in the tumour biology. As the detection of breast cancer in the mammography- or digital breast tomosynthesis image is based on the visualisation of architectural distortion, microcalcification or spiculated mass, it is particularly suitable to find luminal, i.e. less aggressive breast cancers, whilst biologically aggressive tumour types can appear in X-ray based images as ubiquitous, benign changes, such as cysts or fibroadenomas. 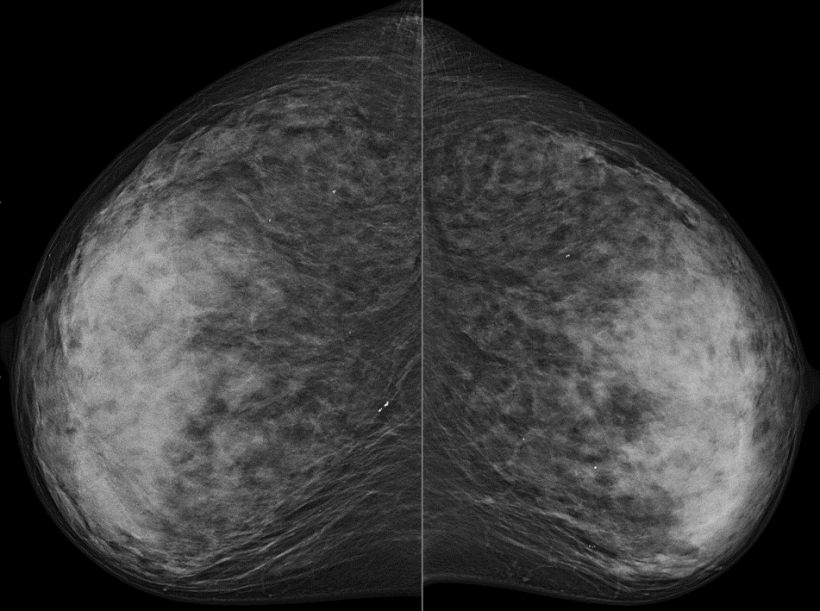 ‘We need a method for early detection which offers a sensitivity profile that meets the oncological demand and finds those cancers that are prognostically relevant,’ Kuhl demands. In 2010, the professor of radiology already proved that MRI meets these criteria with the results of her multicentric EVA-Study. This compared the efficiency of different imaging procedures for breast cancer screening in women with increased risk in the family.

The study showed that MRI had the highest hit rate for tumours detected, and the interval cancer rate was zero.Kuhl presents a simple explanation: ‘When we use MRI for breast cancer screening and use contrast medium, we do nothing other than visualising the angiogenesis and protease activity – tissue changes that directly correlate with carcinogenesis, cell proliferation and metastatic growth. This basically means that MRI is at the other end of the sensitivity spectrum compared to mammography. Or, put differently: the more biologically aggressive the breast cancer the more reliably it is detected with MRI.’ 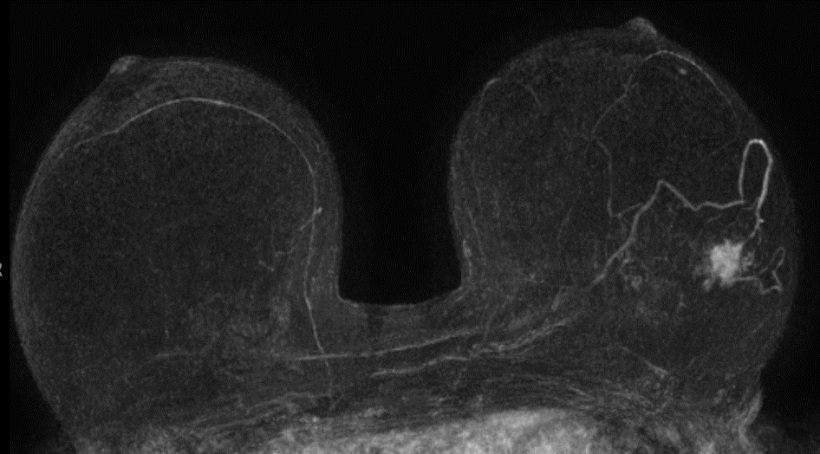 MIP of abbreviated MRI: highly suspicous findings on the left

The reason that MRI is still rarely used for early screening, i.e. only for women with a high-risk profile, is mainly due to high cost and lack of availability. An abbreviated version of MRI, focusing on the essentials, can now provide relief. Kuhl and her team have developed a protocol which only consists of subtracted images acquired before and after the administration of contrast medium (FAST), which are fused into a projection image with maximum intensity (MIP). The results, first published in a study in 2014, astounded even Kuhl herself.

The diagnostic precision of the abbreviated MRI protocol was equivalent to that of the complete MRI protocol and was no less sensitive and specific. Furthermore, not only was the examination time short (three minutes) but so was the average time an experienced radiologist needed to determine whether breast cancer was present or not (2.8 seconds), and characterising an enhancement in an image also only took 28 seconds. 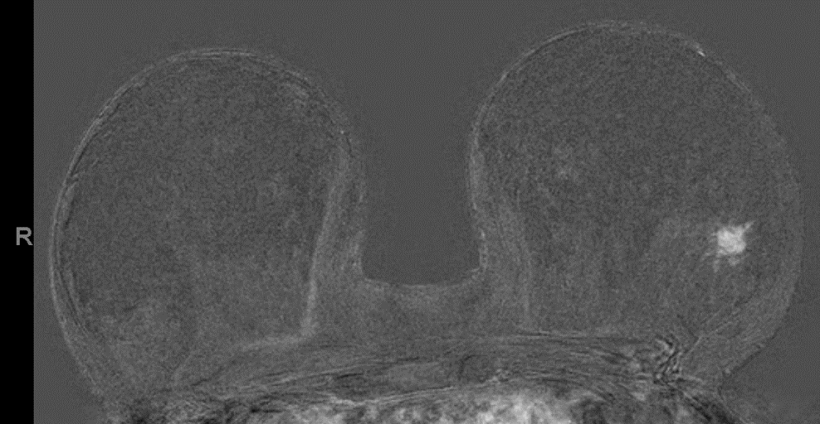 More than just an add-on – it works

It was found that the detection rate for invasive cancer for abbreviated breast MRI protocols was significantly higher than for DBT, i.e. 11.8 per 1,000 women vs 4.8 per 1,000 women. For Kuhl, the data means one thing: ‘Abbreviated MRI protocols are not only an add-on method but a standalone solution that is superior to all other screening methods, independent of the individual risk of developing the disease.’

Prof Dr Christiane Kuhl has directed the Clinic for Diagnostic and Interventional Radiology at the University Hospital Aachen since 2010. Kuhl studied medicine in Bonn, the city of her birth (1966) and, in 2004, accepted a C3 professorship at the Department for Oncological Diagnostics and Interventional Radiology at the University Hospital of Bonn. Today, she is considered to be among the most renowned German breast cancer researchers. Her work has received numerous awards nationally and internationally. From her experience, Kuhl advocates the use of MRI for early breast cancer detection.

‘The best way to screen’