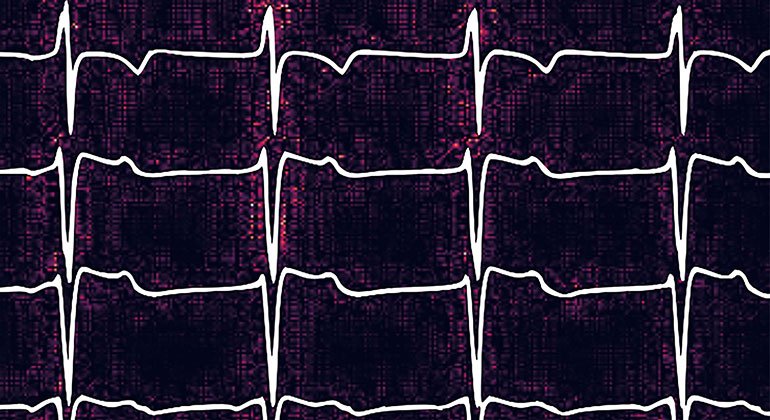 The results published in the European Heart Journal – Digital Health suggested that new machine learning algorithms, which are designed to exploit a combination of ECG and electronic health record (EHR) data, may be more effective than currently used screening tests at determining whether moderate- to high-risk patients actually have pulmonary embolisms. The study was led by Sulaiman S. Somani, MD, a former medical student in the lab of Benjamin S. Glicksberg, PhD, Assistant Professor of Genetics and Genomic Sciences and a member of the Hasso Plattner Institute for Digital Health at Mount Sinai.

Pulmonary embolisms happen when deep vein blood clots, usually formed in the legs or arms, break away and clog lung arteries. These clots can be lethal or cause long-term lung damage. Although some patients may experience shortness of breath or chest pain, these symptoms may also signal other problems that have nothing to do with blood clots, making it difficult for doctors to properly diagnose and treat cases. Moreover, current official diagnoses rely on computed tomography pulmonary angiograms (CTPAs), which are time-consuming chest scans that can only be performed at select hospitals and require patients to be exposed to potentially dangerous levels of radiation.

The role of Artificial Intelligence (AI) is one of the most divisive issues in cardiology. Two leading experts argue the pros and cons of its use, exploring its benefits and advantages to cardiac care, as well as highlighting the pitfalls and shortcomings of AI, while underlining the need for clear guidelines and regulations for its use going forward.

To make diagnoses easier and more accessible, researchers have spent more than 20 years developing advanced computer programs, or algorithms, designed to help doctors determine whether at-risk patients are actually experiencing pulmonary embolisms. The results have been mixed. For example, algorithms that used EHRs have produced a wide range of success rates for accurately detecting clots and can be labor-intensive. Meanwhile, the more accurate ones depend heavily on data from the CTPAs.

In this study the researchers found that fusing algorithms that rely on ECG and EHR data may be an effective alternative, because ECGs are widely available and relatively easy to administer. The researchers created and tested out various algorithms on data from 21,183 Mount Sinai Health System patients who showed moderate to highly suspicious signs of having pulmonary embolisms. While some algorithms were designed to use ECG data to screen for pulmonary embolisms, others were designed to use EHR data. In each situation, the algorithm learned to identify a pulmonary embolism case by comparing either ECG or EHR data with corresponding results from CTPAs. Finally, a third, fusion algorithm was created by combining the best-performing ECG algorithm with the best-performing EHR one.

The results showed that the fusion model not only outperformed its parent algorithms but was also better at identifying specific pulmonary embolism cases than the Wells’ Criteria Revised Geneva Score and three other currently used screening tests. The researchers estimated that the fusion model was anywhere from 15 to 30 percent more effective at accurately screening acute embolism cases, and the model performed best at predicting the most severe cases. Furthermore, the fusion model’s accuracy remained consistent regardless of whether race or sex was tested as a factor, suggesting it may be useful for screening a variety of patients.

According to the authors, these results support the theory that ECG data may be effectively incorporated into new pulmonary embolism screening algorithms. They plan to further develop and test these algorithms out for potential utility in the clinic.

The role of Artificial Intelligence (AI) is one of the most divisive issues in cardiology. Two leading experts argue the pros and cons of its use, exploring its benefits and advantages to cardiac…

Researchers developed an AI that accurately and quickly diagnoses idiopathic pulmonary fibrosis, based only on information from lung images and medical information collected during daily medical care.

Researchers at the national research institute for mathematics and computer science in the Netherlands (CWI), together with a colleague from Stichting Interuniversitair Micro-Elektronica Centrum…