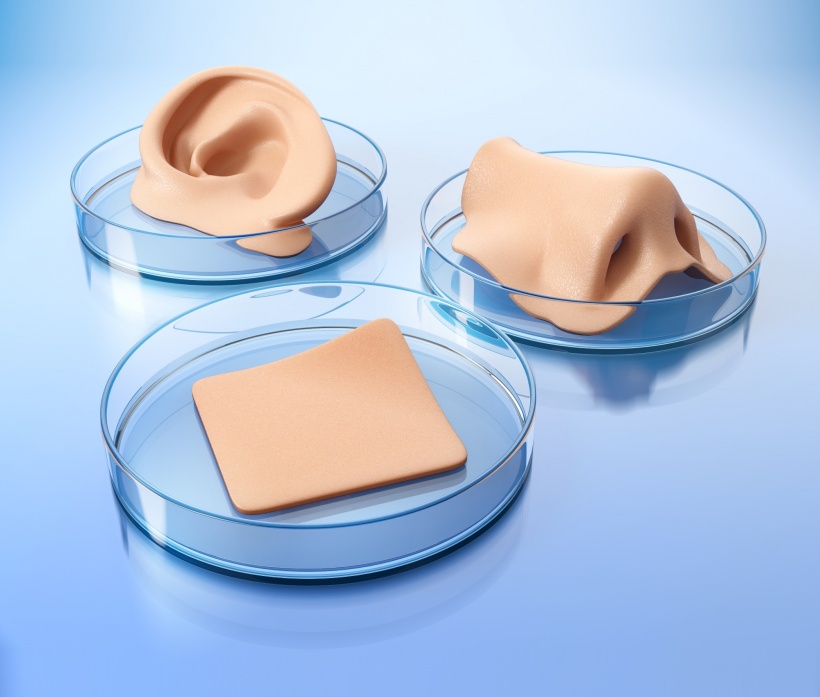 An impressive prototype 3-D bio printer developed by a team of Spanish scientists in collaboration with the BioDan group can create human skin almost as good as new.

‘We have shown that this process is possible. 3-D printing of tissues and organs has been a largely commented on field over the past few years and we have demonstrated that 3-D technology can generate perfectly functional tissue, which has all the functional characteristics of the human skin,’ José Luis Jorcano Noval, one of the study authors, explained to European Hospital.

Jorcano, a professor at UC3M’s department of Bioengineering and Aerospace Engineering and head of the Mixed Unit CIEMAT/UC3M in Biomedical Engineering, is a recognised expert in developing human skin in a lab.

He explained the skin he obtained on the prototype is one of the first living human organs ever created using bio printing. It replicates the natural structure of the skin, i.e. the epidermis with its stratum corneum, which acts as protection against the external environment, and the dermis, a thicker layer that produces collagen, the protein that gives elasticity and mechanical strength to the skin.

Jorcano deemed the 3-D printed skin adequate for transplants, for instance in patients with major burns or serious skin diseases, or for use in research, or testing of chemical, cosmetic and pharmaceutical products.

A major benefit of 3-D bio printing technology is that it fastens the production of new skin compared to manual methods used for the past eight years in clinical practice, Jorcano explained.

‘It used to take us three to four weeks to produce a layer of 1m2 of human skin from a 1 or 2 cm biopsy. Now, with 3-D, this process is much faster, because we have automatised and standardised the whole process. It’s also less expensive than manual production,’ he pointed out.

Another advantage of using 3-D bio printed skin is that it offers optimal quality; this will improve toxicity testing of pharmaceutical and cosmetic products, Jorcano believes. ‘Animal testing is banned for most of these applications and, when it is authorised, only 10-15% of the cases can be extrapolated to humans. So the industry increasingly needs in vitro human products,’ the professor explained

With 3-D bio printing, a large bank of cells can be collected from a single biopsy and used in multiple industrial applications, such as testing for irritation or inflammation. In this setting, scientists generate allogeneic skin. In the case of a patient with severe burns, they will create autologous skin, i.e. tissue made case by case from the patient’s own cells.

Use of this newly created skin in therapeutic indications still needs to be approved by the relevant regulatory bodies before it becomes available. But things will go faster for industrial purposes. ‘Approval in this respect,’ Jorcano said, ‘is easier to obtain so I expect the product will be available by the end of the year.’

Molecular biologist José Luis Jorcano Noval is professor of Bioengineering and Aerospace Engineering at Carlos 3 University, Madrid (UC3M) and head of the Mixed Unit of UC3M and the Centre of Energetic, Environment Technologies Investigations (CIEMAT) in Biomedical Engineering.

He co-invented eight patents, almost all related to skin technologies, and his most important work so far focuses on developing human skin in a lab.

Jorcano has received numerous awards for his work and has served on relevant committees for EU projects on the human genome and animal models and, between 2000 and 2007, he helped to draft national plans on biotechnology and health.

Magnetic resonance imaging (MRI) can reliably establish measurements for anterior cruciate ligament (ACL) “footprints” that are critical to the placement of grafts for reconstruction surgery.

A team led by the University of Washington has developed a new, non-destructive method that images entire 3D biopsies instead of a slice. The 3D images provided more information than a 2D image —…