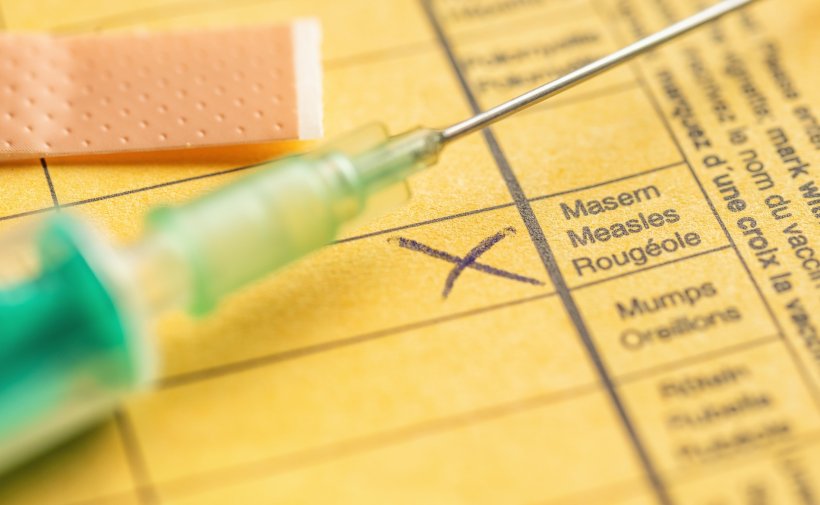 Yet, measles is a disease many parents believe to be under control. Contradictory are recent data that suggest a rise in measles cases, combined with a fall in vaccinations. Thus, health authorities in Europe, the USA and beyond are increasingly concerned that the condition is undergoing a resurgence and health services are urging parents to have their children vaccinated against what remains a serious – and still potentially deadly and highly-infectious – viral illness.

Some nations are also exploring and implementing more extreme measures in an attempt to halt the increase, such as fining parents, or making vaccination compulsory.

Public Health England (PHE) recently issued a measles, mumps and rubella (MMR) vaccination call following high numbers of measles cases, which followed UK figures from the first quarter of 2019 showing 231 confirmed cases of measles. In the final quarter of 2018, 94.9% of eligible children aged five in the UK received the first dose of MMR (to achieve herd immunity for measles, at least 90-95% of the population need to be fully protected), though coverage of the second dose was at 87.4%

Myths and truths about antibiotics, antiseptics and vaccination

Sixty-two percent of Germans fear antibiotic resistance, according to a survey recently conducted by the German Federal Institute for Risk Assessment. ‘Patients colonised by multi-resistant pathogens are particularly scared. But many of these fears are rooted in misunderstandings,’ explained Professor Mathias Pletz at the Congress for Infectious Diseases and Tropical Medicine (KIT).

Why achieving herd immunity is vital

‘Anything less than 95% [vaccination] coverage can lead to outbreaks and that’s what we’re seeing,’ explained Imran Khan, from the Wellcome Trust. The overwhelming scientific evidence remains that vaccination is the best defence against infections, such as measles but people avoiding vaccines, often as a result of misinformation online, or complacency, are possible causes of a resurgence in the condition. Concerns around vaccines, such as in France about a pandemic influenza vaccine and in the UK where research (since discredited) suggested a link between the MMR inoculation and autism, have had an impact, as has the rising profile of anti-vaccination movements.

People living in several higher-income regions were among the least certain about vaccine safety and mistrust of doctors was also seen as a factor in some countries, though a PHE survey highlights that healthcare professionals remain the most trusted source of information on immunisation, while social media ranks bottom of the table.

‘Vaccine hesitancy has the potential, at least in some places, to really hinder the very real progress the world has made in controlling vaccine-preventable diseases. Any resurgence we see in these diseases are an unacceptable step backwards,’ warned WHO immunisation expert Dr Ann Lindstrand.

The WHO reports that vaccination resulted in an 80% drop in measles deaths between 2000 and 2017 worldwide. Before the introduction of vaccine in 1963, measles caused an estimated 2.6 million deaths annually. By 2000 that had fallen to 545,000 annual deaths, but there were still 110,000 measles deaths globally in 2017, mostly among children under five, despite lower-cost vaccine availability.

The European Vaccine Action Plan (2015-2020) aims to eliminate measles and rubella, with 95% of each country’s population to be immunised. Yet the surge in cases in 2018 – which followed a year in which the European Region achieved its highest ever estimated coverage for the second dose of measles vaccination - continues to be alarming. ‘The picture for 2018 makes it clear that the current pace of progress in raising immunisation rates will be insufficient to stop measles circulation,’ Dr Zsuzsanna Jakab, WHO Regional Director for Europe, pointed out. ‘While data indicates exceptionally high immunisation coverage at regional level, they also reflect a record number affected and killed by the disease. This means that gaps at local level still offer an open door to the virus…we must do more and do it better to protect each and every person from diseases that can be easily avoided.’

Fresh data shows a rise in cases in almost every region of the world, with 30% more cases in 2017 than 2016. In the first two months of 2019 there were 34,300 cases reported in 42 countries of the WHO European region and 13 deaths as some countries step up the fight against the disease.

In France, where in the first quarter of 2019 there were 561 cases of measles, the government has added eight more compulsory vaccinations to the three children in the country already receive while in Italy - where 76% agreed vaccines were safe – schools are now allowed to ban unvaccinated children. Germany, which saw 170 cases in the first two months of this year, is looking at fines of 2,500 euros for parents who refuse to get their children vaccinated. (There are currently 360,000 unvaccinated children in the German school system.) Ukraine had the highest number of measles cases in Europe last year (53,218); only half the population agreed vaccines were effective. America has also experienced its biggest measles outbreak for some time with almost 1,000 cases so far this year.

The UK’s PHE is advising citizens to check their MMR vaccinations - particularly when travelling to countries where the European Centre for Disease Prevention and control (ECDC) reports current large outbreaks of measles, such as France, Lithuania, Poland, Romania, Bulgaria and Germany – as many cases in England have been linked to importations from Europe. ‘With ongoing measles outbreaks happening across Europe, those planning to travel should check with their GP,’ warned Dr Mary Ramsay, Public Health England’s Head of Immunisation.

Dr Mary Ramsay is Head of Immunisation at Public Health England and leads national surveillance of vaccine preventable diseases and provides expert advice and support to a range of professionals and organisations that contribute to public health, in England and overseas. She has acted as a temporary advisor to WHO and advises the ECDC on surveillance and epidemiology of vaccine preventable diseases. Her research interests involve establishing the potential role for new vaccines.

Dr Zsuzsanna Jakab became a WHO Regional Director in February 2010 and in 2015 was appointed for a second term. In March 2019, she was appointed Deputy Director-General of WHO with a portfolio that includes WHO’s technical programmes for universal health coverage, communicable and noncommunicable diseases, healthier populations and antimicrobial resistance. She previously served as the founding Director of the ECDC and earlier was State Secretary at the Hungarian Ministry of Health, Social and Family Affairs.

Vaccination: why ‘positive consensus’ is crucial

Vaccination projects across the world are at a pivotal post-Covid moment, according to one of the leading experts in the field. Speaking to Healthcare in Europe ahead of the World Innovation Summit…