Following a successful first-in-Europe implantation procedure at the University Hospitals of Leuven, the advance has been described as ‘the beginning of a new paradigm of cardiac pacing’ with the development of the next-generation mini-pacemaker regarded as a major step forward in this field. Cardiologist and electrophysiologist Dr Christophe Garweg, from the cardiovascular department at the University Hospitals of Leuven, outlined the work involved since 2015 in designing and implanting the first generation of the Micra VR device, which allows asynchronous ventricular pacing (VVI pacing mode).

However, until now, its use has been limited to atrial fibrillation (AF) patients, or those with contra-indication for double chamber pacemaker, which is approximately 16% of current pacing indications. Now, the second-generation model, the Micra AV, has been developed to allow atrio-ventricular synchronous pacing (VDD pacing mode).

With the new evolution of the Micra pacemaker able to measure cardiac activity in the atrium and, as such, coordinate the electrical activity between atrium and ventricle, it widens the use of the mini-pacemaker to 40% of patients, up from the 16% the first generation for whom it was relevant. Garweg, who also leads his institution’s leadless pacing clinical and research program, said: ‘The first generation of the device that allows VVI pacing has similar features to a “conventional” ventricular pacemaker including accelerometer driven rate responsive pacing, automated pacing capture management. But it only measured the heart activity in one ventricle, so patients who needed to have the heart activity in the atrium measured as well, did not qualify. ‘With this new type of pacemaker, we can also treat patients with a complete interruption of the heart activity between the ventricle and the atrium.’

Manufactured by Medtronic, both devices are currently the only leadless pacing devices available for clinical use and weigh a mere 2g, with a length of 25.9 mm, a diameter of 6.7 mm, and 8-13-year battery life. The distal end incorporates the electrode and four retractable nitinol tines to ensure fixation in the myocardium. It has also been associated with a 63% reduction of complications, compared to historical groups of patients with a conventional pacemaker.

While now commercially released, the Leuven department continues to use the device in the context of clinical trials to further improve the technology. It has also previously participated in the Marvel 1 and 2 prospective multicentre studies to assess the feasibility and the safety of clinical use of the Marvel one and two softwares.

Garweg stressed that the safety and efficacy of the new Micra AV still must be confirmed in larger populations with a longer follow-up before being widely used in the clinical setting. In addition to the first implant in Leuven (May 28), similar implants were carried out on the same day in Linz and Santiago. Garweg believes longer term patient-benefits of this device are the absence of transvenous lead and subcutaneous pocket reducing the complication rate at long-term follow-up.

Dr Christophe Garweg is a cardiologist and electrophysiologist with the cardiovascular department at the University Hospitals of Leuven, where he also leads the institution’s leadless pacing clinical and research program.

Article • New tools for the OR

The U.S. Food and Drug Administration approved the first in the world non-surgical heart valve to treat pediatric and adult patients with a native or surgically-repaired right ventricular outflow…

The O-arm Surgical Imaging System, has successfully established as the #1 multi-dimensional intraoperative imaging devise in spine ­surgery. Surgeons all over the world consider the O-arm their… 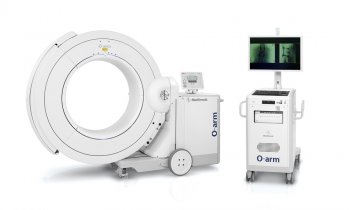