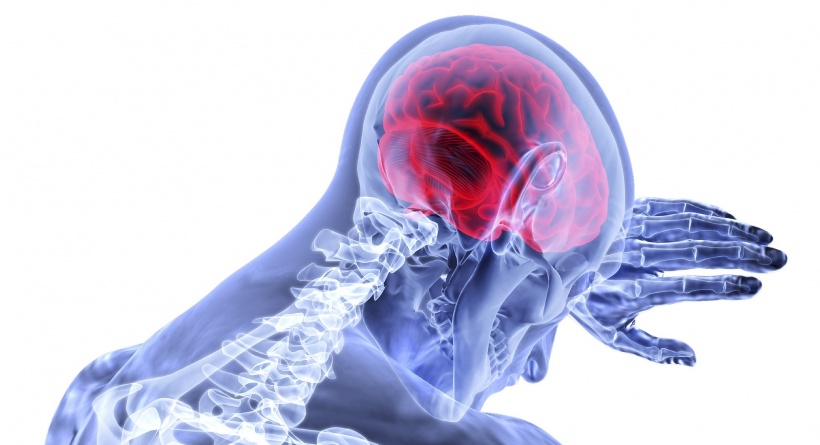 An international research group, including scientists at the University of Maryland School of Medicine, studying 520,000 people from around the world has identified 22 new genetic risk factors for stroke, tripling the number of gene regions known to affect stroke risk. The results show that stroke shares genetic influences with other vascular conditions, especially blood pressure, but also coronary artery disease and others. These results provide new clues on stroke mechanisms and could help scientists identify drug targets for treatment. The work, the largest genetic study on stroke ever, was published recently in the journal Nature Genetics. The study was based on DNA samples of 520,000 people from Europe, North and South America, Asia, Africa and Australia; of this group, 67,000 had a stroke. The study compiled data from 29 other large genetic studies.

“This study really advances what we know about the genetics of stroke,” said Steven Kittner, MD, professor of neurology at the University of Maryland School of Medicine (UMSOM) and the Baltimore VA Medical Center and a co-author of the study. “With this new information we can help researchers work to develop new treatments and new therapies.”

The scientists analyzed millions of genetic variants, and found 22 never before discovered genomic regions that were associated with stroke. By mining this enormous trove of data, the researchers obtained important new insights into the specific genes, molecular pathways, and cell and tissue types through which the new genetic risk factors cause stroke. The study was conducted by members of MEGASTROKE, a large international collaboration launched by the International Stroke Genetics Consortium, an international multi-disciplinary collaborative of experts in stroke genetics from around the world who have been working together for the past 10 years. MEGASTROKE members include research groups from the US, Germany, France, the UK, Japan, Iceland, Spain, Switzerland, Italy, Belgium, the Netherlands, Denmark, Sweden, Norway, Finland, Estonia, Poland, Singapore, Australia, and Canada. Fifteen sites from the United States and 11 sites from Europe received funding from the National Institute of Neurological Disorders and Stroke (NINDS) of the United States National Institutes of Health (NIH) as part of the NINDS Stroke Genetic Network Study.

Stroke is the second most common cause of both death and disability-adjusted life-years worldwide, but its molecular mechanisms remain poorly understood, which makes developing new treatments challenging. This study provides extensive new insight on the biology and pathways leading to the disease. The study is especially important because it includes people of many different ethnic and genetic backgrounds. As a result, researchers can be more confident that the results apply widely.

Stroke is an extremely complex disease, which can originate from alterations in various parts of the vasculature, including large arteries, small arteries, the heart, and the venous system. The researchers found genetic risk factors implicated in each of these mechanisms. They showed that some genetic risk factors contribute to specific mechanisms, while others contributed to stroke susceptibility at large. They further found shared genetic influences between stroke caused by blood vessel blockage, the most common cause of stroke,  and stroke caused by blood vessel rupture, a less common cause, but more catastrophic.

When the researchers took a closer look on the genomic areas uncovered by the study, they noticed that several of them overlap with genomic areas that have been implicated in related vascular conditions such as atrial fibrillation, coronary artery disease, venous thrombosis, or vascular risk factors, especially elevated blood pressure, and, to a lesser extent, high cholesterol. The researchers also found that several of the implicated genes have potential as new drug targets for stroke treatment and prevention The findings raise the possibility of developing personalized, evidence-based treatments for this complex disease. “This work provides evidence for several novel biological pathways involved in stroke that may lead to the discovery of novel drug targets,” said another co-author of the study, John Cole, MD, an associate professor of neurology at UMSOM and the Baltimore VA Medical Center.

“These findings, which link stroke with multiple other diseases, and with dysregulation of genes, proteins, and molecular pathways in specific cell types and organs, were generated using novel bioinformatics approaches that use information from many international biological databases. This work underscores the vital importance of data sharing,” said Braxton Mitchell, PhD, MPH, a professor of medicine at UMSOM and a co-author of the study.

Can autophagy stop cancer before it starts?