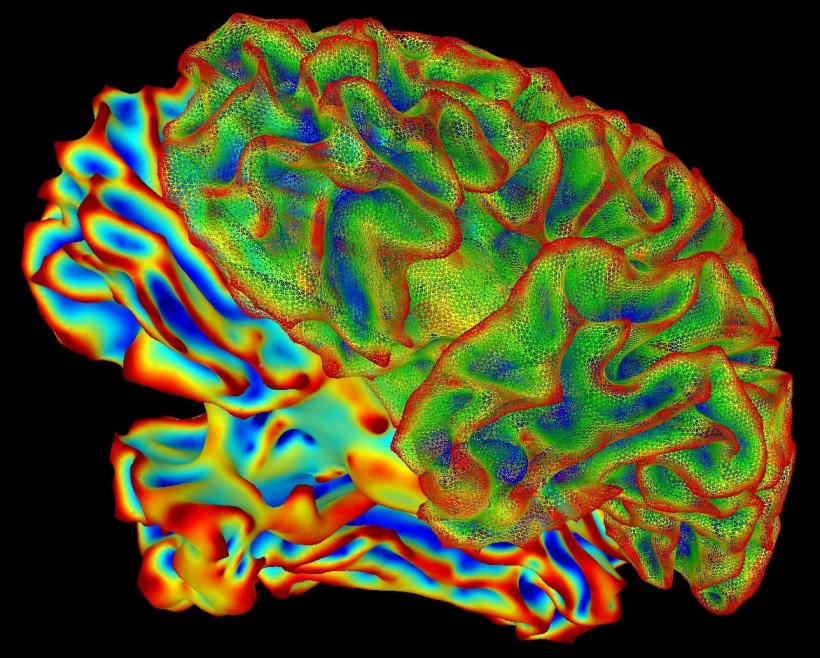 The international team, led by the University of Cambridge, found that instead of starting from a single point in the brain and initiating a chain reaction which leads to the death of brain cells, Alzheimer’s disease reaches different regions of the brain early. How quickly the disease kills cells in these regions, through the production of toxic protein clusters, limits how quickly the disease progresses overall. The researchers used post-mortem brain samples from Alzheimer’s patients, as well as PET scans from living patients, who ranged from those with mild cognitive impairment to those with late-stage Alzheimer’s disease, to track the aggregation of tau, one of two key proteins implicated in the condition.

In Alzheimer’s disease, tau and another protein called amyloid-beta build up into tangles and plaques – known collectively as aggregates – causing brain cells to die and the brain to shrink. This results in memory loss, personality changes and difficulty carrying out daily functions. By combining five different datasets and applying them to the same mathematical model, the researchers observed that the mechanism controlling the rate of progression in Alzheimer’s disease is the replication of aggregates in individual regions of the brain, and not the spread of aggregates from one region to another. The results, reported in the journal Science Advances, open up new ways of understanding the progress of Alzheimer’s and other neurodegenerative diseases, and new ways that future treatments might be developed.

Neurons are surprisingly good at stopping aggregates from forming, but we need to find ways to make them even better if we’re going to develop an effective treatment

For many years, the processes within the brain which result in Alzheimer’s disease have been described using terms like ‘cascade’ and ‘chain reaction’. It is a difficult disease to study, since it develops over decades, and a definitive diagnosis can only be given after examining samples of brain tissue after death.

For years, researchers have relied largely on animal models to study the disease. Results from mice suggested that Alzheimer’s disease spreads quickly, as the toxic protein clusters colonise different parts of the brain. “The thinking had been that Alzheimer’s develops in a way that’s similar to many cancers: the aggregates form in one region and then spread through the brain,” said Dr Georg Meisl from Cambridge’s Yusuf Hamied Department of Chemistry, the paper’s first author. “But instead, we found that when Alzheimer’s starts there are already aggregates in multiple regions of the brain, and so trying to stop the spread between regions will do little to slow the disease.”

This is the first time that human data has been used to track which processes control the development of Alzheimer’s disease over time. It was made possible in part by the chemical kinetics approach developed at Cambridge over the last decade which allows the processes of aggregation and spread in the brain to be modelled, as well as advances in PET scanning and improvements in the sensitivity of other brain measurements. “This research shows the value of working with human data instead of imperfect animal models,” said co-senior author Professor Tuomas Knowles, also from the Department of Chemistry. “It’s exciting to see the progress in this field – fifteen years ago, the basic molecular mechanisms were determined for simple systems in a test tube by us and others; but now we’re able to study this process at the molecular level in real patients, which is an important step to one day developing treatments.”

The researchers found that the replication of tau aggregates is surprisingly slow – taking up to five years. “Neurons are surprisingly good at stopping aggregates from forming, but we need to find ways to make them even better if we’re going to develop an effective treatment,” said co-senior author Professor Sir David Klenerman, from the UK Dementia Research Institute at the University of Cambridge. “It’s fascinating how biology has evolved to stop the aggregation of proteins.”

The researchers say their methodology could be used to help the development of treatments for Alzheimer’s disease, which affects an estimated 44 million people worldwide, by targeting the most important processes that occur when humans develop the disease. In addition, the methodology could be applied to other neurodegenerative diseases, such as Parkinson’s disease. “The key discovery is that stopping the replication of aggregates rather than their propagation is going to be more effective at the stages of the disease that we studied,” said Knowles.

The researchers are now planning to look at the earlier processes in the development of the disease, and extend the studies to other diseases such as Frontal temporal dementia, traumatic brain injury and progressive supranuclear palsy where tau aggregates are also formed during disease.