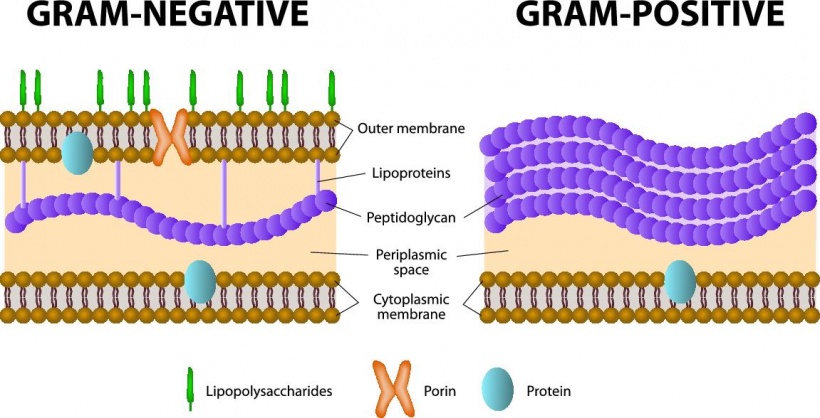 Gram-negative bacteria are among the most difficult to control because they are so resistant to antibiotics.

Diamond Light Source technology, which generates extremely intense pin-point beams of synchrotron light enables scientists to explore almost any material in atomic detail, and thus to investigate Gram-negative bacteria. The latter are particularly resistant to antibiotics because of the cells’ impermeable lipid-based outer membrane, the barrier that defends against attacks from the human immune system and antibiotic drugs.

It allows the pathogenic bacteria to survive, but the loss of the barrier causes them to become more vulnerable and die. Previously the researchers had found an Achilles heel in the defence barrier but how this cell wall is built and maintained – the ‘assembly machinery’ – remained unknown.

Lead researcher Professor Changjiang Dong, from UEA’s Norwich Medical School explained: ‘Gram-negative bacteria are among the most difficult to control because they are so resistant to antibiotics. All Gram-negative bacteria have a defensive cell wall. Beta-barrel proteins form the gates of the cell wall for importing nutrition and secreting important biological molecules.’

The researchers wanted to know exactly how these sub-units work together to insert the outer membrane proteins into the outer membrane or cell wall. Dong: ‘Our research shows the whole beta-barrel assembly machinery structures in two states - the starting and finishing states. We found that the five sub-units form a ring structure and work together to perform outer membrane protein insertion using a novel rotation and insertion mechanism… Our work is the first to show the entire BAM complex. It paves the way for developing new-generation drugs.

‘The beta-barrel assembly machinery is absolutely essential for Gram-negative bacteria to survive. The sub-unit BamA is located in the outer membrane and exposed to the outer side of the bacteria, which provides a great target for new drugs.’

In human mitochondria, he pointed out, a similar complex – called sorting and assembly machinery complex (SAM) – is responsible for building the proteins in the outer membrane of mitochondria. The research team also believe that unravelling this mechanism could lead to better understanding of human cell dysfunctions linked to disorders such as diabetes, Parkinson’s and other neurodegenerative diseases.

Profile:
Changjiang Dong is Professor of Molecular Medicine at the University of East Anglia’s Norwich Medical School. His research into antibiotic resistance was named ‘Research Project of the Year’ at the Times Higher Education (THE) Awards 2015. Last year he received a Wellcome Trust Investigator Award for £1.7 million to continue his research.

Making recommendations for change, academics analyzed global data into the prevalence of antimicrobial resistance in urban areas—the rise of which is threatening the lifesaving role of the…