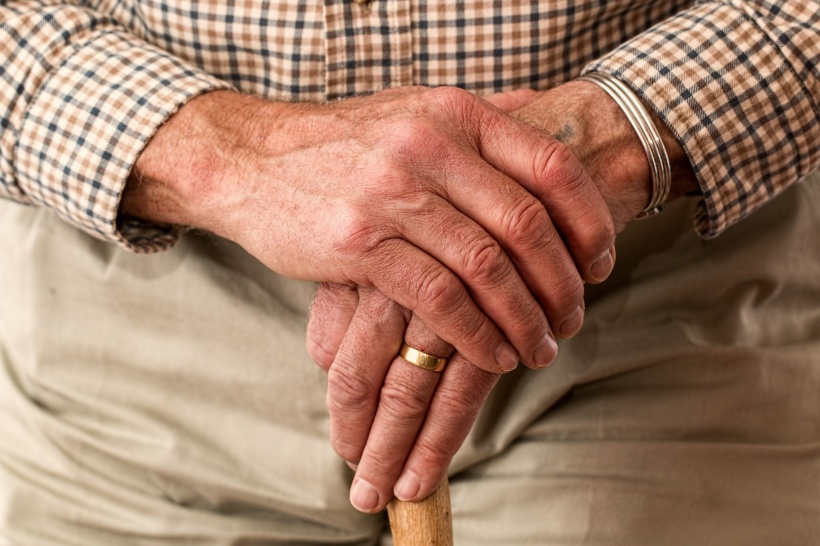 They have now discovered for the first time a protein that represents a central switching point in the aging process. It controls the life span of an individual - from the fly to the human being. This opens up new possibilities for developing therapies against age-related diseases. Oxidative stress causes cells and entire organisms to age. If reactive oxygen species accumulate, this causes damage to the DNA as well as changes in the protein molecules and lipids in the cell. The cell ultimately loses its functionality and dies. Over time, the tissue suffers and the body ages. "The theory of oxidative stress or the accumulation of reactive oxygen species as the cause of aging has existed since the 1950s," says Peter Krammer of the German Cancer Research Center (DKFZ). "So far, however, the details of this process were unclear."

Flies that produced more TXNIP lived on average much shorter, while flies with less TXNIP had a longer average life

In fact, reactive oxygen species do more than just damage the body. For example, they are essential for the T-cells of the immune system to become active. DKFZ researchers led by Krammer and Karsten Gülow have now discovered the key regulator that is responsible for shifting the sensitive balance from vital to harmful amounts of reactive oxygen molecules and thus accelerating the aging process: A protein molecule called TXNIP (thioredoxin-interacting protein).

One way in which the body disposes of harmful reactive oxygen species is their conversion by the enzyme thioredoxin-1 (TRX-1). TRX-1 has been proven to play a role in protecting DNA from oxidative stress and slowing down aging processes. Its antagonist TXNIP inhibits thioredoxin-1 and thus ensures that the reactive oxygen molecules are retained.

The DKFZ researchers led by Krammer and Gülow now wanted to know whether more TXNIP is formed in the body with increasing age, thereby undermining the protective mechanism against oxidative stress. To this end, they first compared T cells from the blood of a group of over 55-year-old volunteers with the T cells of younger blood donors, who were between 20 and 25 years old. In fact, it turned out that the cells of older subjects produce significantly more TXNIP. The DKFZ scientists have also observed similar findings in other human cell and tissue types.

The researchers also found out that more TXNIP is produced in the fly Drosophila with increasing age. In order to test whether TXNIP is actually responsible for aging, they bred flies that produce significantly more TXNIP than their relatives as well as flies in which TXNIP synthesis is greatly reduced. "Flies that produced more TXNIP lived on average much shorter, while flies with less TXNIP had a longer average life," sums up Tina Oberacker, who was responsible for the fly experiments. "TRX-1 and its opponent TXNIP are highly conserved in the course of evolution; they hardly differ between flies and humans," explains Krammer. It can therefore be assumed that the two proteins perform similar functions in flies and humans. If more TXNIP is produced with increasing age, this means that TRX is gradually switched off with its protection function. This leads to more oxidative stress, which damages cells and tissue and eventually causes them to die.

Krammer is convinced that TXNIP is a key regulator for aging. "Scientists have found hundreds of genes that are somehow related to the aging process," says the DKFZ researcher summarizing the results. "But it is enough to switch off TXNIP to delay aging. Similarly, aging can be accelerated if we get the cells to produce TXNIP. "And that makes it an interesting candidate to intervene in the aging process in the future."

Swiss researchers have demonstrated how sensors could help detect health problems in the elderly at an early stage. This could help seniors to live a self-determined life at home for longer.

News • Leading cause for blindness

Age-related macular degeneration (AMD) is the most common cause of blindness in developed countries affecting seven million in total in Germany, from which 500,000 people are suffering from late…

A student team at Eindhoven University of Technology (TU/e) has introduced an interactive drone that guides elderly people to the exit during a fire in a nursing home, even before the fire brigade…