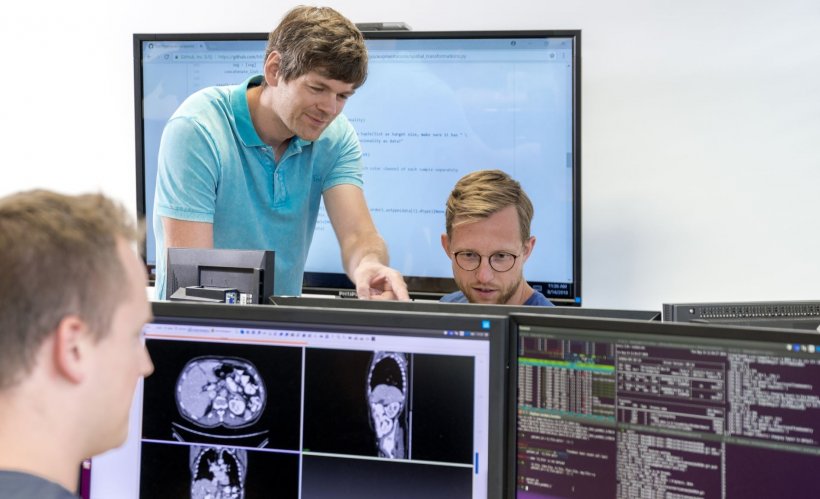 Researchers at the DKFZ have set up a flexible, decentralized analysis platform for medical images: the Joint Imaging Platform, or JIP

What is special about the platform developed at the German Cancer Research Center (DKFZ) is that all imaging data remain at the original institution and only the analysis algorithms are shared. Within the DKTK, researchers and physicians cooperate at eight locations across Germany to speed up the translation of promising cancer research approaches into clinical practice.

The scientists present the new platform in a publication in the journal Clinical Cancer Informatics.

Ultrasound, computed tomography (CT), magnetic resonance imaging (MRI), and positron emission tomography (PET) – all these types of imaging are an integral part of cancer care and are vital in early detection, diagnosis, treatment planning, monitoring of individual treatment success, and follow-up care. Most cancer patients require repeated examinations using different types of tomography in the course of their treatment.

Medical images are more than just images: they are medical datasets that characterize a patient. They are therefore subject to strict data protection rules, and their use for research purposes is also closely regulated. It is technically challenging to make the imaging data anonymous – and often almost impossible in clinical practice. Current data anonymization techniques might be easy to crack in the future. Moreover, the imaging data are not uniform, as different hospitals use different IT systems and different tomographs.

Researchers are already asking for it to be extended, for example to include histopathological data too

Despite these difficulties, access to data on medical image processing is urgently required. Large amounts of data need to be accessed, especially for refining the promising methods of artificial intelligence (AI); in the field of medical imaging in particular, this could assist physicians and help relieve their workload. "The obstacles in the use of medical data sometimes delay clinical cancer research considerably," remarked Heinz-Peter Schlemmer, head of the DKFZ's Radiology Division. The problem is particularly clear in the DKTK, in which more than 20 academic institutions at eight locations are linked to the DKFZ, primarily with a view to conducting joint clinical trials. "The scientific potential of the consortium is huge. However, DKTK scientists and physicians are heavily dependent on being able to access the data of the partner institutions, to share these data and to use them jointly to obtain the best possible results in research and patient care," Schlemmer added.

To address this problem, led by the image processing specialist Klaus Maier-Hein and the radiologist Heinz-Peter Schlemmer, researchers at the DKFZ have created a network between all the DKTK radiology and nuclear medicine divisions und set up a flexible, decentralized analysis platform for medical images: the Joint Imaging Platform, or JIP. "What is special about the JIP is that we take the algorithms and editing tools to the data, and not the other way round," project director Maier-Hein explained. "That means that the individual institutions retain data sovereignty. This decentralized approach allows us to comply with Europe's strict data protection requirements."

The JIP can be integrated into all existing types of clinical data processing infrastructure. "The JIP has already made decisive improvements to cooperation within the DKTK's research community in the field of radiology and nuclear medicine. A number of clinical trials are already using the platform. In fact, researchers are already asking for it to be extended, for example to include histopathological data too," Maier-Hein remarked.

The DKTK is not the only research network that requires a platform for processing medical imaging data. The National Network of University Medicine on Covid-19, an initiative recently launched by the German Federal Ministry of Education and Research to cope with the current pandemic, is another such network. The technology developed at the DKFZ is an important element in establishing the first nationwide radiology platform in Germany, in which almost all university hospitals are involved. In future, the JIP is to be available as an open source software project too. By making the platform and the source code available, the researchers hope to help further improve the unprecedented research possibilities in data-driven medicine.

A new EU-wide repository for health-related imaging data could boost development and marketing of AI tools for better cancer management. The open-source database will collect and harmonise images… 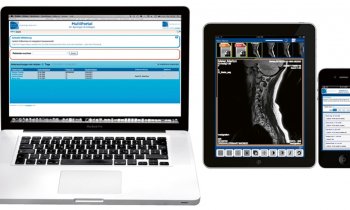