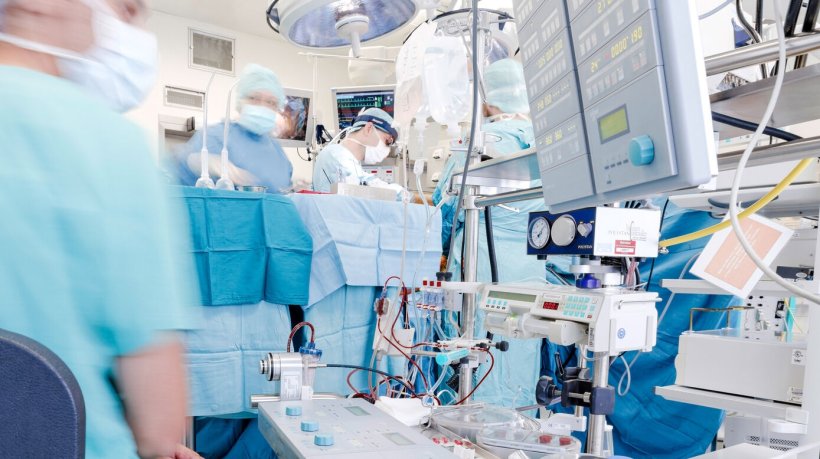 The REMOVE study of Jena University Hospital proved that the reduction of inflammatory markers in blood during endocarditis surgery does not lead to a reduction of organ failure.

The study, now presented in Circulation, shows that hemoadsorption reduced plasma cytokines during surgery, but did not affect any of the clinically relevant outcomes.

Heart valve infection is a life-threatening condition. Infective endocarditis occurs when bacteria enter the blood stream and stick to lining of heart valves. Without treatment, Infective endocarditis is a fatal disease. In more than half of the cases, surgery is necessary in order to remove inflamed tissues and deal with the damaged heart valves. Despite this life-saving role of heart surgery in patients with endocarditis, it my cause a varying degree inflammatory reaction which may propagate to organs failure. This inflammatory reaction, manifesting as increased production of inflammatory mediators, is most probably related to the cardiopulmonary bypass itself, which is essential for this surgery, or due to manipulation of infected heart tissues during surgery.

The procedure of hemoadsorption, which is applied in intensive care medicine, is able to remove inflammatory mediators from the blood through a filtering process, similar to dialysis. This method is used in generalized inflammation to reduce the concentration of cytokines in the blood. The goal is to better control the body's immune response that damages tissues and organs. The hemoadsorption has been widely used as an additional treatment in several clinical scenarios such as in the treatment of sepsis, severe Covid-19, and also endocarditis. "However, the clinical benefit of this plausible-sounding approach has only insufficiently been tested by studies," says Prof. Dr. Michael Bauer from Jena University Hospital. The intensive care specialist is speaker of the Center for Sepsis Control and Care CSCC, which has been funded as Integrated Research and Treatment Center by the Federal Ministry of Education and Research.

An interdisciplinary study team, supported by the CSCC, started eight years ago to plan for the REMOVE study. "We wanted to examine whether the use of hemoadsorption during surgical treatment of endocarditis can reduce the inflammatory response and consequently the organ damage related to this surgery," explains study leader Dr. Mahmoud Diab from the Department for Cardiac and Thoracic Surgery. The filter for hemoadsorption can be easily integrated in the circuit of the cardiopulmonary bypass and does not represent an additional invasive procedure.

What is special about the REMOVE study: As a multicenter, controlled and randomized study, it meets the highest quality standards of clinical research, and for the first time it did not only evaluate the ability of hemoadsorption to reduce inflammatory mediators, but also the clinical effects of their reduction. The team enrolled a total of 282 patients at 14 heart surgery centers in Germany who underwent surgery for endocarditis. They were randomly divided into two groups – one received the hemoadsorption during surgery, and the control group did not.

Although hemoadsorption reduced plasma cytokines at the end of surgery, there was no difference in any of the clinically relevant outcome points

Cytokine concentration in the blood before, during, and after surgery were measured for the first 25 patients in each study group. However, the main focus of the researchers was set on the degree of organ damage after surgery. The study used a score system, which assesses the function of six organs, as the main outcome point. In addition, data about 30-day mortality and the duration of mechanical ventilation, blood pressure support and renal replacement therapy were collected.

The randomized study did not find any reduction in postoperative organ damage through hemoadsorption in patients undergoing heart surgery for endocarditis. Common complications such as bleeding or acute renal failure occurred in both groups equally, which means that applying hemoadsorption did not add additional hazards to the patients. First author Mahmoud Diab says: "Although hemoadsorption reduced plasma cytokines at the end of surgery, there was no difference in any of the clinically relevant outcome points.” These results therefore question a direct link between reducing plasma cytokine levels and preventing organ damage. "Conducting comparative multicenter studies with such a comprehensive protocol represents an enormous coordination effort. In cardiac surgery, these studies are still quite rare," emphasizes Prof. Dr. Torsten Doenst, Director of the Department of Cardiac and Thoracic Surgery at Jena University Hospital and the senior author of the study. “But only these clinical trials enable us to provide patients with therapies, which have been proven to help. We are proud that we have been able to contribute to evidence-based cardiac surgery by REMOVE.”

The most deadly global health crisis in a century has resulted in a substantial decline in overall heart surgery volume and an unexplained increase in deaths after coronary artery bypass grafting,…

Longer hours, more demanding working practices, complex cases and increased administration are taking their toll on physicians as growing numbers, across a range of specialties, report signs of…