One of the pioneers from the first hour was Eppendorf, which has remained loyal to Medica and has grown alongside the trade fair. Thus ‘40 years of Medica’ is a celebration for both – a good reason for Eppendorf to review its successes during the last four decades.
The name Eppendorf originates from the location of the University Hospital in Hamburg-Eppendorf, where the company’s two founders, Dr Heinrich Netheler MD H.c. and Dr Hans Hinz rer. nat, developed products with fervour and pioneering spirit, resulting in the making of medical history.
Eppendorf’s biggest successes to date have been the introduction of the photometer and microtitre technology, which brought technology-supported diagnostics into laboratories and made the work a lot easier. ‘The idea behind microtitre technology is the supply of a complete system. On the one hand it comprises products for the treatment of liquids, such as pipettes, and, on the other, equipment for preparation, such as centrifuges and finally the photometer for analysis,’ said Dr Michael Schröder, Member of the Board, Marketing and Sales at Eppendorf, explaining the strategy that brought the company worldwide success at the end of the 1980s.
Today, Eppendorf is one of the leading biotechnology companies, globally employing over 2,400 people and with subsidiaries in 18 countries. Still Hamburg-based, the firm manufactures pipettes, dispensers and centrifuges, as well as consumables such as reaction tubes and pipette tips. Additionally, Eppendorf manufactures instruments and systems for automated liquid handling – all systems in worldwide demand by researchers. In all, between 400,000 and 600,000 laboratories worldwide work with Eppendorf products.
A new, innovative sector within the Eppendorf group is focused on the development of microarray technology.
‘Currently we are investing a lot in biochip technology. The biochip itself is basically nothing more than something that enables a large number of analyses to be carried out in a minimal space. For instance, we produce a GMO chip that can be used by testing agencies to prove that feed has been genetically modified. A medical application could be the use of special biochips by researchers to ascertain which type of breast cancer a patient has, and then to begin a therapy individually customised for that patient,’ Dr Schröder explained.
The product solutions presented by Eppendorf during Medica’s first diagnostics week were aimed exclusively at clinical target groups. Today the products and systems are aimed at scientific and commercial research institutions as well as biotechnology companies and other sectors where biotechnological research processes are used.
Over the last few years, Eppendorf has also increased its presence in Asia Pacific and particularly invested in China and India, thus expanding its global business.
Growth and internationalisation of the company went hand in hand with that of Medica, which draws to Dusseldorf increasing numbers of visitors from more and more countries. Just as the product range at Eppendorf has evolved continuously, so has the product range exhibited at Medica, which, as said, was initially limited to medical laboratory products.
Incidentally, if the very first medical product development at Eppendorf – which had nothing whatsoever to do with laboratories – had been successfully brought to the marketplace, the company would today still be present at Medica. ‘After the 2nd World War, the two company founders developed an ultrasound scanner based on radar technology, which they pitched to the University Hospital Lübeck. This was declined by the university, drawing the curtain down on that medical ultrasound product – instead, the way was paved for the development of innovative laboratory solutions. ‘Since then, technological developments have been rapid. If we look back to our first products they have little in common with today’s highly modern laboratory systems – apart from the creativity and capacity for innovation, which the company has displayed for almost 65 years,’ reflected Ralf Claussen, the firm’s Director Communication and Advertising, as he took a stroll through Eppendorf’s in-house exhibition.

Until 15 January 2012, young researchers working in Europe who are not older than 35 years are invited to apply for the Eppendorf Award for Young European Investigators. This highly prestigious prize…

3 design awards for Eppendorf in 1 year

With its initial launch at the start of 2010, the Xplorer® electronic pipette has already been awarded 3 design prizes in its first year on the market. Immediately following its market launch in… 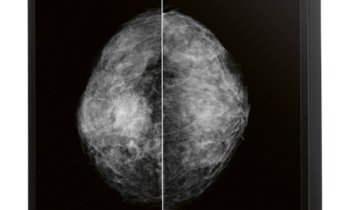