Heavy peptides are isotopically labelled peptides (very short protein fragments) used as internal standards in mass spectrometry experiments to identify and quantify specific proteins of interest in biological samples. Traditionally, selection of the peptides needed for those experiments and final peptide purification has been time consuming, Thermo Fisher explains. ‘FasTrack speeds up the process by providing a selection of crude heavy peptides to immediately begin developing protein assays. ‘The crude peptides are used in mass spectrometry setup and initial analysis to identify the best proteotypic peptides. Once a customer has identified its candidates, Thermo Fisher uses retained crude stock to produce the final purified heavy peptides quickly, as Thermo Scientific HeavyPeptide AQUA kits. This cuts process time significantly and eliminates the need for two separate syntheses. It produces highly sensitive results, and because only the peptides specific to the final protein candidates are purified, it reduces customer costs.’
Pronota is developing next-generation diagnostic tests from the protein biomarkers it discovers and validates in house. In addition, the firm collaborates with pharmaceutical companies by providing biomarker discovery and validation in a wide range of clinical and pre-clinical biological samples. Whereas the wait for purified peptides was four to five weeks, ‘We now get the crude peptides in about 10 days and can start building our assays right away,’ said Katleen Verleysen, Pronota vice president of operations and technology development. ‘Coupled with our novel in-house workflow, this means we can now put together highly sensitive, multiplex protein assays in less than six weeks, significantly accelerating biomarker research and development.’
Pronota uses a proprietary discovery platform, called MASStermind, to discover low-abundance biomarker candidates — proteins whose levels are consistently changing in response to disease or drug treatment. Pronota’s MASSterclass biomarker verification platform then employs Thermo Fisher HeavyPeptides to measure the levels of each of the candidates in large groups of samples. Using a novel fractionation method that bypasses the time and cost required to raise antibodies, Pronota can detect and quantify specific target proteins present at low concentrations in the sample.
The company also recently installed a Thermo Scientific TSQ Vantage triple-stage quadrupole mass spectrometer. ‘With the TSQ Vantage, we expect to be able to achieve 10-100-fold increase in sensitivity, enabling us to quantify proteins in the picogram per millilitre concentration range in blood and other complex samples,’ said Dr Huw Davies, Pronata’s director of business development.

Liquid chromatography/mass spectrometry (LC-MS) is an established powerful tool in routine clinical use and clinical research. However, to further capitalise on its benefits, instrument and… 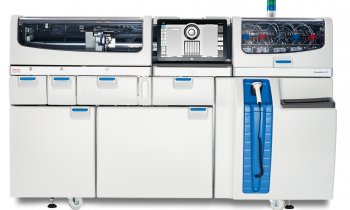 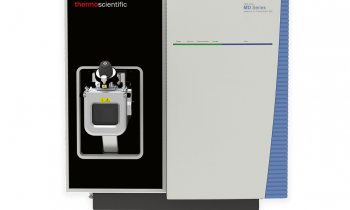 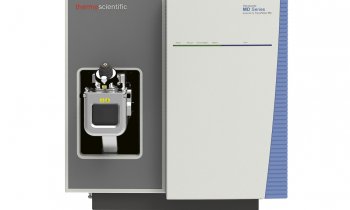 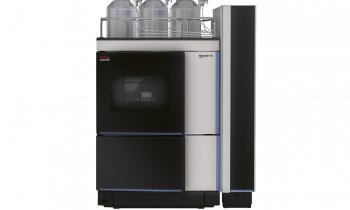