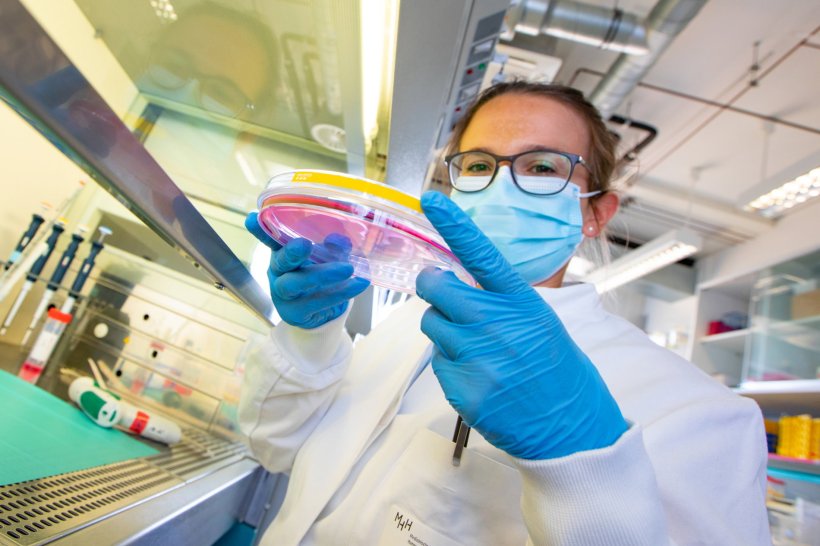 Some gene therapies have already been approved in Europe - for example, for spinal muscular atrophy (SMA), a congenital neuromuscular disease with severe muscle weakness and atrophy. With the help of so-called viral vectors, therapeutic genes are transported directly into the cell as a "drug". The best-known representatives of these vectors, colloquially known as gene taxis, are the so-called adeno-associated viruses (AAV). However, as they are naturally accustomed to doing so, they also target other tissues in addition to the actual target. In addition, they can be recognised as foreign by the immune system and be destroyed. Two research teams at the Hannover Medical School (MHH) have developed AAV variants that target heart muscle cells and can thus be used for the precise treatment of heart diseases. The results have now been published in the scientific journal Molecular Therapy.

"Although AAV vectors are derived from viruses, they serve exclusively as a means of transport," explains Professor Dr Hildegard Büning, AAV expert and Vice Director of the MHH Institute for Experimental Haematology. The AAV vectors dock onto the body cell via the vector envelope, the so-called capsid, and transfer their genetic cargo into the cell interior. There it is read and converted into the corresponding protein according to its blueprint. "The problem with the currently used AAV vectors, however, is that they can attach to different tissues and thus often find themselves in the liver," says the scientist. The research team therefore searched among four million AAV variants for suitable candidates with capsid structures that preferentially target heart muscle cells. In the mouse model, biochemist Dr. Laura Rode "trained" the vectors and investigated which variants mainly arrive in the heart and hardly ever stray into the liver. "We had several winners in the running and then tested how strongly they were intercepted by the human immune system."

Not all vectors that target specific body cells get there. "About 70 per cent of the population has neutralising antibodies against naturally occurring AAV," explains Dr Christian Bär, a molecular geneticist at the Institute for Molecular and Translational Therapeutic Strategies. "Their immune system intercepts the gene taxis before they can deliver the cargo into the cell as desired." The pre-sorted vectors therefore had to prove how well they could escape the neutralising antibodies in cell culture with human blood plasma. The two AAV variants also survived this test. They were then loaded with a biomolecule called H19, which has already been successfully tested at the Institute for the treatment of pathological heart enlargement caused by high blood pressure - but with a conventional AAV vector. "The new vector variants actually delivered H19 much more efficiently in the heart muscle cells than the AAV vector we originally used," the scientist points out.

What does not sound spectacular at first glance is, however, important for a possible therapeutic application in several respects. "Gene therapy is an expensive treatment method that can also usually only be applied once for each vector, because the immune system would recognise the vector as foreign and eliminate it the second time at the latest," explains Institute Director Professor Dr. Dr. Thomas Thum. An additional vector variant offers the chance of another treatment. Due to the high targeting accuracy of the new variants, a lower dosage is also sufficient. "This reduces the costs per treatment unit enormously," Professor Thum emphasises. At the same time, administration is made much easier. "Our goal is for the vectors to find heart muscle cells so reliably that they could simply be injected into the arm of heart patients and would not have to be administered into the heart via catheter," says Dr Bär. However, until that actually happens, the efficacy and tolerability still have to be confirmed in further studies in large animal models and later also in clinical studies in humans.

Hot flashes: a hazard for the heart?

Not just uncomfortable, but hard on the heart: Accumulating research suggests a link between hot flashes during the menopause and cardiovascular disease risk in women.