Snibe was founded 18 years ago and is a growing force in the Chinese market. The firm is based in Shenzhen, China’s fourth largest city, situated in Guangdong Province. Driven by subsidies as part of healthcare reform, Snibe’s domestic market includes hospitals in all categories, and includes III-A hospitals in Beijing and Shanghai, for example Peking Union Medical College Hospital, General Hospital of Beijing Military Region, Shanghai Ruijin Hospital etc. Currently, 2,000 of the firm’s installations are operating in over 70 countries, explained by Vice Managing Director Lucy Liu, when at the recent China International Medical Equipment Fair (CMEF), the large semi-annual tradeshow that presents innovative products from and for China. Snibe, she explained, is now placing an increasing emphasis on the further internationalisation; EuroMedLab will play a key role in that strategy. In Shenzhen, Michael Reiter of European Hospital asked Lucy Liu to describe the company and range of products.

Lucy Liu: ‘Snibe was established in 1995. During those past 18 years, our company has focused on immunoassays. In 2008, we were the first to successfully develop a fully automated chemiluminescent immunoassay instruments and reagents. Today we supply a full product portfolio for immunology, biochemistry and electrolyte. This covers major needs of in-house and external clinical laboratories. Our Maglumi series includes five models of various sizes and throughput which can meet the requirements for all sizes of hospitals, clinical labs, diagnostic centres and comes with an integrated system approach.
‘Our line of reagents covers more than a hundred parameters, most of them developed based on need from customer communicated to us – including kidney function, hepatitis, thyroid, drug detection, infectious diseases, tumours and many more. Every year we produce approximately 1,000,000 reagent kits and 1,500 automated immunoassay units.‘We are the only chemiluminescent immunoassay system manufacturer that produces the instruments as well as reagent kits, with a huge range of parameters. Our complete reagent kits integrate calibrator and internal control. We apply the most advanced nano magnetic microbeads as key separation material for the chemiluminescence system. We use the most advanced synthesised small-molecule organic compound as markers.’
Products offered in Europe
‘Our exports to Europe focus on immunoassay – the Maglumi 1000, 2000, and 2000 Plus. We have started, rather recently, and are now in the process of promoting the brand. We work with distributors; currently, we export to 18 countries through distributors – for example, DiaSystem Scandinavia AB in Sweden, Medical Systems S.p.A. in Italy, RAL Técnica para el laboratorio,s.a. in Spain, Labteh export-import doo in Serbia. ‘At EuroMedLab in Milan this year, we will present our brand new products-Maglumi 600 and Maglumi 4000. Maglumi 600 is what we call a Super POCT – it lets you perform tests with roughly 100 parameters on this compact machine. It’s perfectly suited, for example, for emergency departments, small hospitals and small labs.
R&D team achievements
‘The leader of our research team, Dr Rao Wei, is also the Chairman of the Board. Dr Rao is the first researcher worldwide to propose that organic monomers and inorganic nano particles can be compounded at molecular level. On this basis, the expert developed a new composite material – the third-generation nano composite magnetic beads, a breakthrough innovation. Applying these beads and enzyme immunoassay, as well as small organic molecular labelling technology, Dr Rao developed and industrialised the quantitative immunoassay system that integrates the magnetic separation technique and flash chemiluminescence, filling a gap in Chinese IVD industry.’
In the pipeline
‘Our research and development ndepartment is working on further parameters to complement this range; this includes markers such as HE4, HIV, Syphilis, IGF-2, ICA, etc. We collect regional data for example from India and Africa to identify likely development candidates for the needs of individual markets. In addition to our existing research unit in China, which collaborates with the University of Shenzhen, we may install R&D centres in further regions of the world.’
The company mission
‘Our overall aim is to improve the life for patients at a global scale – through innovative diagnostic tools at reasonable cost. We intend to become, within five to ten years, the major international supplier for immunoassay system worldwide.’
* EuroMedLab: Snibe’s products will be on show at booth 093.
Chemiluminescent Immunoassay (CLIA)
CLIA uses two techniques: a labelling technology that determines reaction mode, and a separation technology that
determines the sensitivity, accuracy and precision of the reagents.
Snide milestones:
1995 Founded in Shenzhen
1997 Developed enzyme-linked immunoassay system Magimuzyme
2002 Received Shenzhen High-Tech Enterprise award
2005 Developed semi-automated chemiluminescent immunoassay analyser and dedicated reagent kits. Received ‘Shenzhen Science and Technology Progress’ award
2007 TUV certification ISO 9001, ISO 13485; Received recognition ‘National High-Tech Industrialisation Demonstration Project’
2008 Developed China’s first fully automated chemiluminescence analyser and dedicated kits
2009 Received recognition ‘National High-Tech Enterprise’
2010 Launched automated chemiluminescent analyser and dedicated kits
2012 Developed China’s first Serum Workstation Area IBE 6000, an integrated system that can load 320 samples at one time

We were at the spring 2018 China International Medical Equipment Fair (CMEF) in Shanghai and had a good look at the many exciting devices the exhibitors had on show.

An international impact on immunoassay 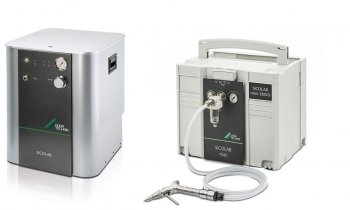 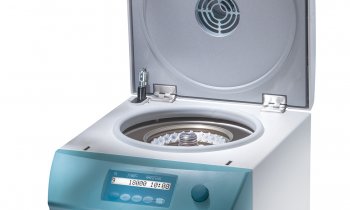