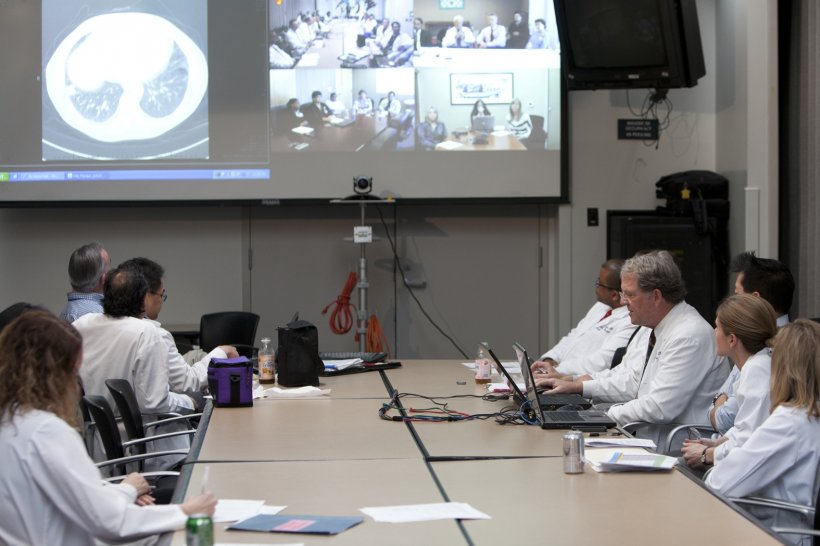 So far, only a few breast cancer and gynaecological centres in Germany offer their patients the opportunity to take part in tumour conferences. In the PINTU study, which is funded by the German Cancer AID, a team of researchers from the University of Oldenburg and the University Hospitals of Bonn and Cologne has now investigated whether cancer patients can benefit from participating in these meetings. A key finding of the study was that most respondents perceived their participation as a positive experience, as the team reports in the medical journal Cancer Medicine. The findings are intended to contribute to the development of recommendations for hospitals that would like to include patients in tumour conferences.

"Whether patients really benefit from being involved in these often very technical discussions is a controversial – and unfortunately little studied – question," says Professor Lena Ansmann, a health services researcher at the University of Oldenburg and lead author of the study. Nonetheless, there is a growing international quest for ways to increase patients' involvement in the planning of their treatment. The goal of the research team was therefore to compile and analyse a large data set. "As far as we know, our study is one of the first large studies on this topic," says co-author Professor Nicole Ernstmann, an expert in health communication at the University Hospital Bonn.

The majority of breast cancer patients in Germany are currently treated at certified cancer centres. Tumour conferences are mandatory there, but the participation of those affected by the disease is not. "We know from previous studies that about five to seven percent of patients have already participated in a tumour conference," Ansmann explains. But what role patients play in the conferences, how they are organized, and how the participants experience them has been unclear so far. To reduce this knowledge gap, the researchers surveyed 87 patients with breast cancer or a gynaecological tumour before and immediately after their participation in a tumour conference and then four weeks later. For comparison, they also surveyed 155 patients who did not attend the tumour conference on their case. In addition, the team observed a total of 317 case discussions in tumour conferences – directly and also via video and audio recordings. Patients were involved in 95 of these case discussions.

The data gathered shows that the procedures at tumour conferences with patient participation varied greatly. Some hospitals allowed the patients to participate during the entire conference. Others held the actual conference without the patients, but allowed them to participate in a smaller meeting afterwards in which they were informed about recommended therapy options, for example. Other aspects of the conferences also varied, such as the duration and the seating arrangement.

The interviews showed that the patients played a rather passive role in the conferences. For example, only 61 percent reported being involved in the actual decision on what treatment they should receive. Overall, most patients perceived their participation in the conference as positive. They found them informative, for example, and recommended that others participate. However, some patients also reported that taking part in the conference had triggered feelings of fear and uncertainty – a factor that should be focused on more in future studies, Ansmann stresses.

“Be accepted”: A new tool to support radiologists and female cancer patients

Informing a patient about a cancer diagnosis is never an easy task. An Austrian patient has developed a solution that will help radiologists break the bad news as smoothly as possible and guide women…