Some 4,000 people known to be infected, 204 dead, in 25 countries. Pandemic panic, faces masked, food stocked in Hong Kong (HK) homes to avoid public places. Flights, tourism and business trips cancelled. Accusations of a Chinese cover-up of the true number of cases of a new kind of disease - at first thought to be influenza or pneumonia, severely affecting older people and those with underlying illnesses. But fears mounted when  health workers aged between 20-40 years fell victim to the illness - among them WHO scientist Dr Carlo Urbani, who first alerted the world to the existence of the new virus, in Hanoi, Vietnam.

HK radiologists soon described severe and characteristic effects on the lungs of a pathogen that microbiologists spoke of as ‘new to science’.  Working at Hong Kong University, microbiologist Malik Peiris said: ‘... the whole genome is essentially new’. Scientists from eight countries also confirmed that this was not consistent with any known virus.

Another virus also came under the scrutiny of researchers - the human matapneumovirus - which posed a question as to whether an ‘opportunistic’ combination of this and the new pathogen was causing such a knock-out infection.

The mysterious illness soon vied with the Iraq war for press headlines, and when named as Severe Acute Respiratory Syndrome (SARS), those letters suddenly became a household word.
In Hong Kong, where Sars has infected over 1,380 people, including 280 health care workers, the Prince of Wales Hospital (at the centre of the outbreak and with dozens of staff and patients struck by the virus) was soon compiling vital medical and imaging data on the new disease. On March 19th, the hospital’s Department of Diagnostic Radiology and Organ Imaging decided to establish a web-page dedicated to SARS (www.droid.cuhk.edu.hk).

In an interview with European Hospital, Dr Gregory Antonio, Co-ordinator of the Medical Imaging Laboratory in the hospital’s Department of Diagnostic Radiology and Organ Imaging, told us: ‘Radiology has a significant role to play in such a crisis situation. It can help by providing the initial imaging for diagnosis and follow patient progress with serial imaging. Those have been the traditional roles of radiology departments. Radiology departments usually have well-established telecommunications network, either for PACS or teleradiology. This allows easy establishment of a webpage for the dissemination of information and exchange of ideas, whether clinical or radiological’.

Such was the need for information about Sars - and the value of the hospital’s decision to share its images with radiologists worldwide - to help recognise the effects and progression of the disease - that the webpage had received 70,000 visitors by 11 April 2003. 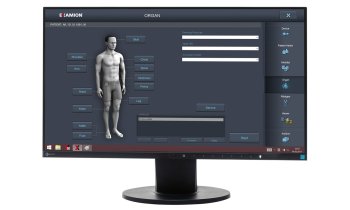