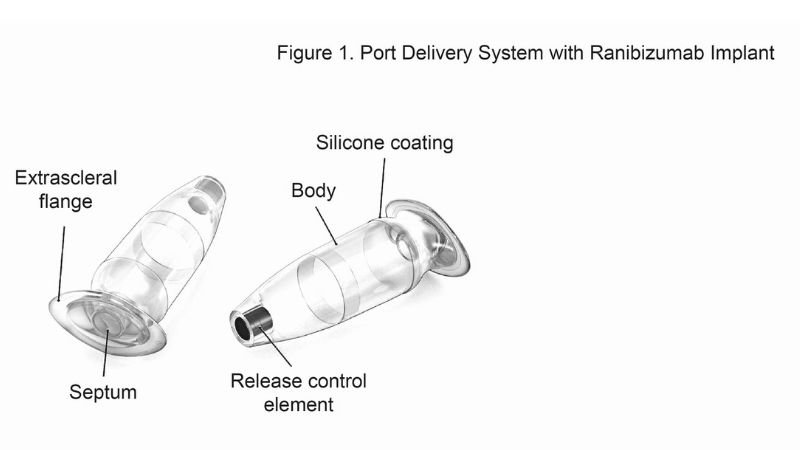 New technology for age-related macular degeneration treatment is shown to reduce injections and may drop clinic visits to twice a year.

The investigators note that research is needed on larger groups of patients before the implant can be approved for commercial availability and use. “Current treatment programs require frequent visits to the doctor, commonly every four to six weeks, for injections of medication. Missed appointments, which are common, can lead to an irreversible decline in vision, “ says Peter Campochiaro, M.D., the George S. and Dolores D. Eccles Professor in Ophthalmology at the Wilmer Eye Institute at Johns Hopkins. “This study shows that the implant is safe and effective, and may only require a clinic visit and refill every six months.”

According to the National Eye Institute, some 8 million adults over age 50 in the United States have age-related macular degeneration (AMD), a progressive condition marked by the loss of central vision and permanent damage to cells in the light-sensitive retina. The advanced, or so-called wet, form of AMD is a major cause of blindness in 1.75 million elderly Americans. In these people, a buildup of debris in the retina triggers the overproduction of a growth factor called vascular endothelial growth factor (VEGF), which stimulates overgrowth of blood vessels that leak, causing swelling and — if untreated — scarring of the retina. Like pouring water on electrical wires, the process interferes with the neural network that enables sight, causing vision to blur.

In an effort to keep drug levels more steady, investigators have been testing the value of a port delivery system, a reservoir that is implanted in patients’ eyes through a small incision and slowly releases medication over time. When the reservoir is implanted, physicians can replenish the medication without removing the reservoir.

To test the technology’s effectiveness and safety, researchers recruited 220 patients with wet-form AMD from 49 sites across the U.S. over a two-year period from Sept. 29, 2015, to Sept. 5, 2017. The mean age of patients was 73.8, with a range of 50 to 92 years, and 64.1% were female. The majority of patients were white (97.7%); 0.9% were American Indian and 0.5% were African American. Each patient had the implant in one eye and was tracked with measurements of vision, fluid in the retina, safety and side effects each month for nine to 38 months after implantation.

During each visit, ophthalmologists assessed the severity of retinal swelling, the patient’s eyesight and development of new macular bleeding to assess the need for reservoir refills. On average, patients who were implanted with the reservoir filled with 100 milligrams per millimeter of medication did not require a refill until 15 months after implantation, and about 80% of patients with this dosage went beyond six months before needing a refill.

In comparison, patients with the reservoir of 10 milligrams per millimeter of medication and 40 milligrams per millimeter of medication could see 3.2 and 0.5 fewer eye chart letters respectively compared to baseline, and the average times to first implant refill were 8.7 months and 13 months respectively. Patients treated with traditional monthly injection could see an average of 3.9 more letters than during their initial appointment during the study.

Besides improving eyesight, the technology was safe for patients. Eleven of the first 22 patients experienced some bleeding into the eye after implantation, leading to a change in the implant procedure, after which only seven of 157 experienced bleeding.

Studies are planned with a larger group of patients receiving implants with a reservoir holding the 100 milligram per milliliter dosage. Campochiaro says the cost of the implant is not yet known, but over time, it is likely to be less than that of monthly injections, which currently is about $2,000 per injection. Campochiaro says other treatments that provide sustained suppression of VEGF, such as gene therapy, are also being tested in clinical trials, and results will be available by the end of the year.

Enthusiasm for an emerging digital health tool, the smart pill, is on the rise but researchers at the University of Illinois at Chicago have published a paper in the American Journal of Bioethics…

Infusion technology has come a long way in the past decade, explains Stéphane Ruton, Director of Strategic Marketing for IV Technology at Fresenius Kabi, which focuses on infusion therapies and…

The ageing population and growing risk factors have made a significant impact on driving up the number of registered heart failure (HF) cases. Existing pharmacological strategies are improving the…