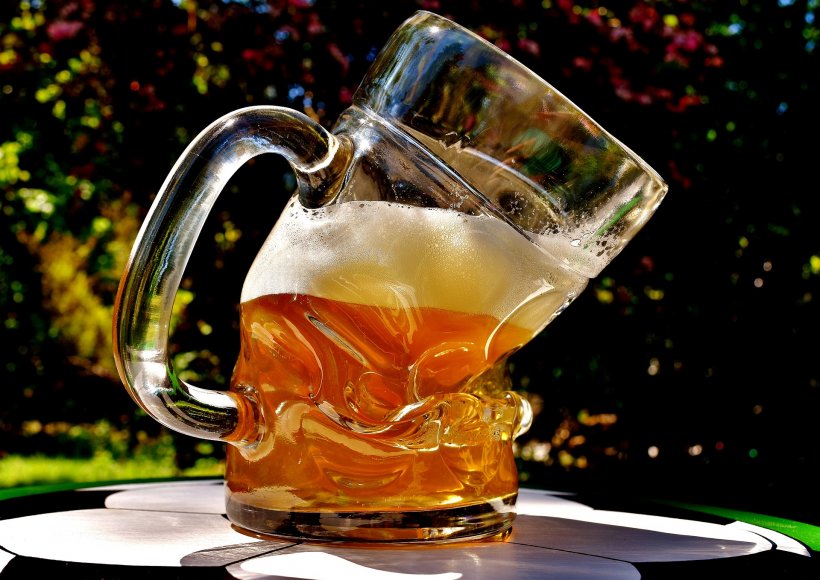 Could this be your DNA after binge drinking? Science suggests it might.

“We found that people who drink heavily may be changing their DNA in a way that makes them crave alcohol even more,” said Distinguished Professor Dipak K. Sarkar, senior author of the study and director of the Endocrine Program in the Department of Animal Sciences at Rutgers University–New Brunswick. “This may help explain why alcoholism is such a powerful addiction, and may one day contribute to new ways to treat alcoholism or help prevent at-risk people from becoming addicted.” In 2016, more than 3 million people died from the harmful use of alcohol, according a World Health Organization report. That is 5 percent of all global deaths. More than three-quarters of alcohol-caused deaths were among men. The harmful use of alcohol also caused 5.1 percent of the worldwide toll of disease and injuries.

Scientists at Rutgers and Yale University School of Medicine focused on two genes implicated in the control of drinking behavior: PER2, which influences the body’s biological clock, and POMC, which regulates our stress-response system. By comparing groups of moderate, binge and heavy drinkers, the researchers found that the two genes had changed in the binge and heavy drinkers through an alcohol-influenced gene modification process called methylation. The binge and heavy drinkers also showed reductions in gene expression, or the rate at which these genes create proteins. These changes increased with greater alcohol intake.

Additionally, in an experiment, the drinkers viewed stress-related, neutral or alcohol-related images. They also were shown containers of beer and subsequently tasted beer, and their motivation to drink was evaluated. The result: alcohol-fueled changes in the genes of binge and heavy drinkers were associated with a greater desire for alcohol. The findings may eventually help researchers identify biomarkers – measurable indicators such as proteins or modified genes – that could predict an individual’s risk for binge or heavy drinking, said Sarkar, who works in the School of Environmental and Biological Sciences.

Infertility's roots may lie in our DNA

Pathological infertility is a condition affecting roughly 7% of human males, and among those afflicted, 10-15% are thought to have a genetic cause. However, pinpointing the precise genes responsible…