The international collaboration, led by the University of Leeds and funded by the EU’s Horizon 2020 programme, will focus on improved design and testing to reduce the chance that the implants develop faults and fail, or cause orthopaedic complications.

More than 100,000 artificial joints are fitted every year in the UK. The devices have improved the quality of life for hundreds of thousands of people. But over the last two decades, problems have emerged with implants that have been painful, worked loose or deposited microscopic debris into the tissue surrounding the joint, causing severe inflammation. Presently up to a third of some types of artificial joint fail within ten years. Engineers believe problems have arisen with some implants because of weaknesses in the way they were tested prior to being approved for use. The testing failed to evaluate real-world wear and tear.

Professor Richard Hall, from the School of Mechanical Engineering at Leeds, is the project’s principal investigator. He said: “Total hip and knee replacement is now an established technique that has been hugely successful. Implant technology can improve lives. But over the last 20 years, there have been high-profile problems with some implants failing or causing complications which require patients to have repeat surgery. In addition, surgeons are fitting new hips and knees to patients who are younger, heavier and more active. That means the devices are under even greater stress.  They also want to fit artifical joints in ankles and fingers and they have higher failure rates. To overcome these challenges, manufacturers need more accurate testing and better design. We are working with industrial, clinical and academic partners to make that happen, to produce artificial joints that are fit for purpose.”

The researchers hope to use advanced computer simulation and laboratory tests that capture a more accurate picture of implants performance in a range of human activities including running, walking and jumping. In a break with previous testing methods, the researchers want to develop “in situ” analysis, so the performance of the device is monitored while it is being subject to mechanical testing. That will result in earlier identification – and rectification – of problems.

Spinal fusion is frequently performed to restore spinal stability in patients with spinal diseases, such as spinal stenosis, vertebral fractures, progressive deformities, and instability. In the past…

Joint replacement surgery carries the risk of developing an infection in the replaced joint, which can lead to a so-called revision or re-do of the joint replacement. However, current diagnostic… 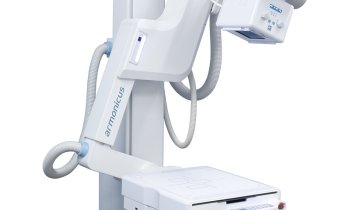