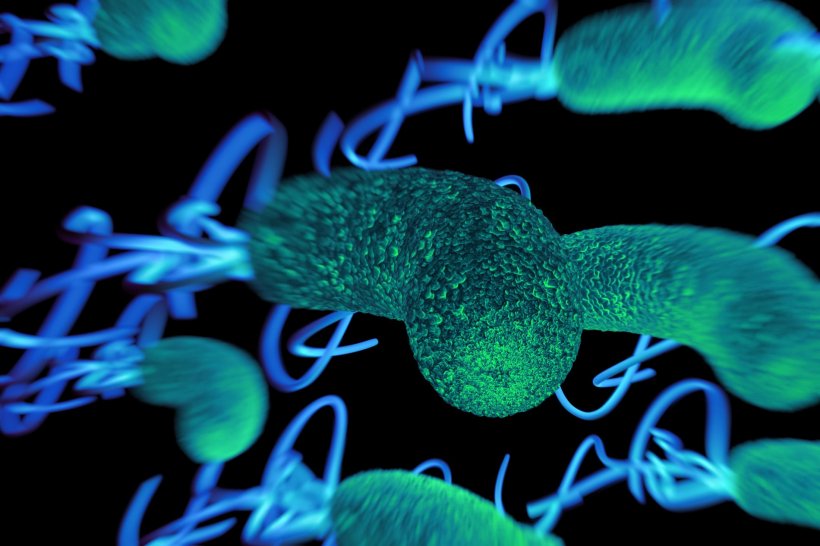 Their presence is necessary for healthy functioning of the gastrointestinal tract and, by default, the entire body. However, due to continual contact with the environment, primarily via food, the gut is susceptible to infection when a virus, parasite or bacterium enters the area and disrupts normal gut microbiota (or flora).

Common symptoms of gastroenteritis, while varying in intensity, include diarrhoea, vomiting and abdominal pain. While often mild, consequences such as dehydration can be dangerous especially in vulnerable populations – e.g. the very young or elderly. Rapid diagnosis so that appropriate treatment and infection control measures can be instigated is an important healthcare goal.

During JIB 2014, held in Paris this October, Medical Biologists attended a training course on the latest developments in diagnosis of infections caused by the bacteria Helicobacter pylori, Campylobacter sp. and Clostridium difficile and the enteric virus Norovirus.

Quick, accurate diagnosis of a gastrointestinal infection remains a challenge for the routine laboratory. A French study found that 55.6% of C. difficile infections were not diagnosed, either because of false negatives or clinicians not ordering the test. Classical serum antibodies are not useful in the diagnosis of gastrointestinal infection. Therefore, more traditional microbiological methods of culturing the invasive pathogen, carrying out enzymatic tests and performing an antibiogramme are used.

These are still completely valid, particularly for the wealth of information gathered, e.g. in terms of antimicrobial resistance and, in the case of C. difficile, are required for diagnosis confirmation. They do however, require expert knowledge and sometimes specialised media and culturing conditions. A major drawback is that the results are slow in coming e.g. campylobacter culture needs 72-96 hours in micro-anaerobic conditions. Therefore, newer, molecular and enzymatic diagnostic tools and techniques have been introduced in an attempt to provide the rapid and accurate diagnoses required.

Unlike other invasive pathogens, Helicobacter pylori colonises the duodenum and stomach where it may remain asymptomatic or cause ulcers and/or gastric reflux from the excessive production of acid, or alternatively diminish acid production and lead to gastrointestinal cancers and lymphoma. While improved standards of living and hygiene have reduced the incidence of infection in Europe, approximately 15.5% of the adult population is infected.

Diagnosis of H. pylori is often made from biopsy taken during endoscopy, a highly useful analysis because histological data can be added to the microbiological work-up, but it is highly invasive. As an alternative to bacterial culture, real-time PCR (polymerase chain reaction) with FRET can rapidly detect not only the presence of the bacteria but also genotypic mutations, predictive for antibiotic resistance to clarithromycin and fluoroquinolones. A problem in France, however, is the difficulty in obtaining the kit to perform this PCR (GenoType HelicoDR from Hain Lifescience GmbH).

PCR diagnosis of H. pylori remains an invasive technique, unlike for the other three infections that are considered where the diarrhoeal stool, or even a rectal swab, provides the starting material for PCR. Additionally, PCR can be used to identify the campylobacter species C. jejuni and C. coli, but this technique has been developed in-house by reference laboratories, using FRET of the gyrA gene.

Despite this, real-time PCR is the gold standard for the diagnosis of norovirus gastroenteritis, a significant cause of gastrointestinal morbidity and mortality in young children, even in industrialised countries.

Immunochromatographic point-of-care tests (ICT) have been developed and several are commercially available in Europe. Simple and rapid diagnosis enables suitable treatment to be initiated early, but the existing tests are not yet considered standalone diagnostic tools.

In the case of H. pylori infection the commercially available test CLOtest Rapid Urease test (Kimberly Clark) again requires a biopsy for the starting material, but can provide an answer within one hour with 80% sensitivity. However, because it is known as a ‘doctor test’ it is not reimbursed by social security in France.

The two commercially available tests for Campylobacter sp. performed directly on the stool sample are ImmunoCardStat! Campy (Meridian Biosciences) and RidaQuick Campylobacter (R-Biopharm AG) while rapid – response within 15-20 minutes – their accuracy is low, with many false positives; therefore their use should always be complemented by culture.

However, in the case of C. difficile commercial tests that detect glutamate dehydrogenase in the patient’s stool and have a turnaround time of 15-45 minutes, compatible with routine laboratory needs, are highly correlated with culture and can be used as a first screening step in a diagnostic algorithm.

ELISA tests are also commercially available for some of these gastrointestinal pathogens. H. pylori can be detected in a stool ELISA test (HpSA, Meridian, Italy) based on monoclonal antibodies, with high specificity, but poor sample storage can affect sensitivity.

ELISA kits are much more reliable than ICT to diagnose Campylobacter. Available commercially are the Premier Campy (Meridian Biosciences) and RidaScreen Campylobacter test (R-Biopharm AG) and take about two hours to perform have high specificity and good PPV and PNV of 100%. They are recommended to screen before culture or when a patient is culture positive and also before faecal transplant is performed.

Another technique introduced in some laboratories and reference centres is to use mass-spectroscopy by MALDI-tof to identify causal agents. This is particularly effective for Campylobacter sp. enabling positive identification of more different species than is easily done by normal microbiological techniques.

The most accurate and widely used non-invasive test for H. pylori the 13C breath test, 97.9% specificity, 96.7% sensitivity requires the measurement of 13C02 by mass spectrometry, placing it beyond use among routine laboratories.

The lesson from this training session is that diagnosis of gastrointestinal infections is perhaps not as easy as it could be for routine biology laboratories and more could be done to provide the tools needed for rapid and efficient diagnosis for those at the forefront of infection.

‘Pill on a string’ test could transform oesophageal cancer diagnosis

A ‘pill on a string’ test can identify ten times more people with Barrett’s oesophagus than the usual GP route, a new study shows. The test, which can be carried out by a nurse in a GP surgery,…