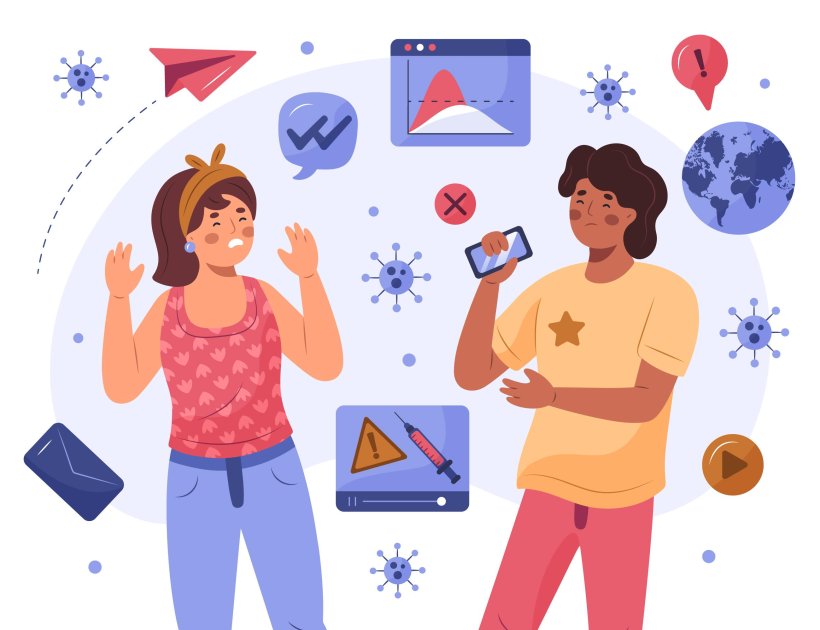 The study, led by researchers at the University of Texas Southwestern, was published in PLOS ONE.

Driven by concerns over grave consequences from the spread of false information about Covid-19 on social media, members of UT Southwestern’s Clinical Informatics Center set out to define the scope of the problem and provide insight for future public health emergencies.

“This conundrum was almost inevitable,” said Christoph U. Lehmann, MD, Professor of Pediatrics and Director of the Clinical Informatics Center. “We were navigating new territory when SARS-CoV-2 was unleashed on the world, so we were all learning as we went. Given the mutating virus, the evolving guidelines on treatment and precautions, and the tremendous economic and social impact of the pandemic, the situation was ripe for the spread of baseless claims about the disease.”

The researchers used a Twitter scraping tool called Twint to collect English-language tweets including #scamdemic or #plandemic. After eliminating retweets, replies, and duplicate tweets, they found that 40,081 users tweeted 227,067 times using the selected hashtags. While Twitter suspended one-fifth of the users associated with the tweets, 80% of them were left to post and repeat misinformation (defined as false information not intended to harm) and disinformation (false information that carries an intent to harm).

“Combating these echo chambers where multiple people repeat and disseminate disinformation is critical,” said Richard J. Medford, MD, Assistant Professor of Internal Medicine and Associate Chief Medical Informatics Officer at UTSW. “The UT Southwestern Public Health team began exploring public sentiment and the role of social media early in the Covid pandemic to help identify misinformation. We created models of Covid-related tweets and published studies on public sentiment on social distancing measures and guides on how to use Twitter and other social media data to monitor new disease outbreaks.”

The work to understand health messaging on social media and promote accurate information will be a priority for Dr. Lehmann and Dr. Medford as they help to establish UTSW’s Peter O’Donnell Jr. School of Public Health, which will welcome its first class next year. “The goal of public health is to prevent disease, promote health, and prolong life among the population as a whole. Nothing could be closer to this mission than combating false information on health,” Dr. Lehmann said.

Danish smokers bought less tobacco and more quit smoking during the Covid pandemic, new research finds. This comes as a surprise given that mental health and exercise habits waned during the lockdown.

The Covid pandemic might be responsible for a “substantial decrease” in mental wellbeing in the UK, according to new research from the University of East Anglia and University of York.

A large-scale qualitative study looks into the difficulties frontline doctors faced across two waves of the Covid-19 pandemic in the UK and Ireland since early 2020.