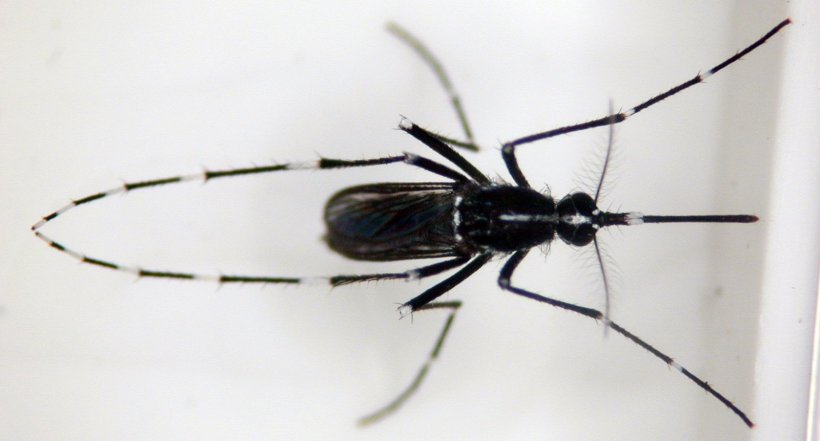 However, at this point there is no reason to panic: the Asian tiger mosquito, when detected early on, can easily be eliminated.

Professor Egbert Tannich, Chairman of the Board of Bernhard Nocht Institute for Tropical Medicine in Hamburg, Germany, sees no imminent danger of an outbreak of dengue fever or any other tropical disease. ‘There are certain infections that are not imported by travellers – their source is in Europe. Cases of locally acquired dengue fever were reported in Greece and Croatia, several hundred cases of West Nile fever per year are seen in Eastern Europe, and there were several outbreaks of the Chikungunya virus in Italy and France in the past few years – with all of these the underlying cause is the change in mosquito population,’ Tannich explains.

Our local, i.e. European mosquitos usually cannot be the vector for these viruses, but the warmer our climate gets, the higher the probability that the viruses can propagate in the new mosquitos. Permanent temperatures of more than 25°C are ideal for these pathogens to breed. The Asian tiger mosquito plays a key role in this scenario: globalisation over the past 30 years has carried it around the world. The mosquito eggs can survive for months in crevices of a tyre or in a plant container. Once disembarked, the larva hatches and the mosquito is on its way. That’s how the mosquito came to Europe, with Genoa its first port of call.

Asian mosquitos hitched a ride over the alps

The Alps turned out not to be an insurmountable barrier for the Asian mosquito. Left to its own devices it can only travel about 300 miles per year, thus it simply hitchhiked a car or slipped onto a train to move up North. During the summer, Aedes albopictus has become quite a common guest in motorway rest areas and freight train terminals along the Upper Rhine. Some of these have even negotiated the congested German Autobahn A5 to visit Freiburg and Heidelberg.

The anti-mosquito strategy is successful – so far

If we fail to take these measures early, the mosquitos will spread over central Europe the way they have already done in Italy, Spain and France

‘The good news is that we can eliminate the mosquitos, as long as they have not spread all over the place yet and have not yet formed large populations,’ Professor Tannich says. So far, the anti-mosquito strategy has been successful, as Tinnich relates: ‘We managed to eliminate the Asian tiger mosquito at all sites where we found it during a Germany-wide mosquito monitoring project covering the past three years. We destroyed their breeding grounds, such as vases or rainwater tanks. If we fail to take these measures early, the mosquitos will spread over central Europe the way they have already done in Italy, Spain and France. In Southern Europe, you can only try to reduce the population in order to prevent larger outbreaks of dengue and Chikungunya fever.’

The team at Bernhard Nocht Institute wants to find out more about the so-called vector or transmission competency of our local mosquitos. In Germany, there are about 50 mosquito species, in Europe about 200. ‘We have high-security insectariums, where we offer Italian and German mosquitos a range of tropical viruses. After two weeks we check the climate chamber to see whether the viruses are present in the saliva. We found out that the Chikungunya virus, unlike other tropical viruses, can propagate well at 18°C in the Asian tiger mosquito. Therefore,’ Tannich explains, ‘it’s important to establish an early warning system to find and eliminate these mosquitos as quickly as possible to prevent a disease outbreak in Germany.’

Professor Egbert Tannich is a specialist in medical microbiology and Professor of Tropical Diseases at University Hospital Hamburg-Eppendorf, currently serves as Chairman of the Board of the Bernhard Nocht Institute for Tropical Medicine. He is also Director of the National Reference Centre for Tropical Pathogens. As Head of CuliFo, Tannich also coordinates a large multi-party mosquito research project in Germany.