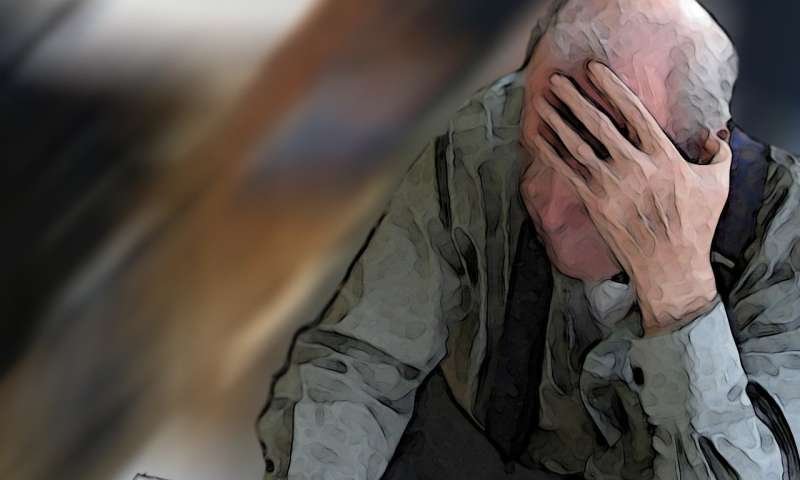 One in two women and one in three men will likely be diagnosed with dementia, Parkinson's disease, or stroke in their lifetime, estimate Dutch researchers in an observational study.

But preventive strategies, which delay the onset of these common diseases by even a few years, could, in theory, cut this lifetime risk by between 20 and more than 50 per cent, they say. The global costs of dementia, stroke, and parkinsonism are thought to amount to more than 2 per cent of the world's annual economic productivity (GDP), a figure that is set to rise steeply as life expectancy continues to increase.

But while the lifetime risks of other serious illnesses, such as breast cancer and heart disease are well known and used to raise public awareness, the same can't be said of dementia, stroke, parkinsonism, say the researchers. To try and redress this, they tracked the neurological health of more than 12,000 people taking part in the Rotterdam Study between 1990 and 2016. This study has been looking at the incidence of, and influential factors behind, diseases of ageing in the general population.

All the participants were aged at least 45 years old when they were recruited, and more than half (just under 58 per cent) were women. When they joined, participants were given a thorough health check, which was repeated every four years. Family doctor health records were also scrutinised for signs of disease or diagnoses arising between the four yearly check-ups. Monitoring for dementia, parkinsonism, and stroke continued until death, or January 1 2016, whichever came first.

A higher prevalence of high blood pressure, abnormal heart rhythm (atrial fibrillation), high cholesterol and type 2 diabetes was evident at the start of the monitoring period among those subsequently diagnosed with any of the three conditions. Unsurprisingly, the risk of developing any of them rose steeply with age, but based on the data, the overall lifetime risk of a 45 year-old developing dementia, parkinsonism, or having a stroke was one in two for a woman (48%) and one in three for a man (36%).

This gender difference was largely driven by women being at heightened risk of developing dementia before men. But there were other gender differences in risk. While 45 year-olds of both sexes had a similar lifetime risk of stroke, men were at substantially higher risk of having a stroke at younger ages than women. And women were twice as likely as men to be diagnosed with both dementia and stroke during their lifetime.

The researchers calculated that if the onset of dementia, stroke, and parkinsonism were delayed by 1 to 3 years, the remaining lifetime risk could, in theory, be reduced by 20 per cent in 45 year-olds, and by more than 50 per cent in those aged 85+. A delay of only a few years for one disease could also have a significant impact on combined lifetime risk, suggest the researchers. "For instance, delaying dementia onset by 3 years has the potential to reduce lifetime risk of any disease by 15 per cent for men and women aged 45, and by up to 30 per cent for those aged 85 and older," they write.

The researchers point out that their study included only people of European ancestry with a relatively long life expectancy, so might not be applicable to other ethnicities/populations, and that they weren't able to measure the severity of any of the diagnosed conditions. This research is observational, so no definitive conclusions can be drawn. But the researchers nevertheless conclude: "These findings strengthen the call for prioritising the focus on preventive interventions at population level which could substantially reduce the burden of common neurological diseases in the ageing population."

Neural networks are emblematic of complex systems, so it's no surprise that the field of neurology is eclectic and intricate, too. Main challenges for neurologists are therapies of and research on…