‘Bill Mortimore was one of the individuals involved in the development of the DICOM standard,’ explains Beth Frost-Johnson Senior Vice President of Marketing at Merge Healthcare. ‘He is considered one of the early gurus of digital medical imaging.’

As medical imaging has expanded, Merge Healthcare has stayed on the leading edge, she points out.  Building on the connectivity success, the company developed a PACS infrastructure by 1997. In 2002, Merge Healthcare then acquired eFilm Medical, ‘…producer of eFilm Workstation, the most widely used diagnostic desktop software in the world,’ Beth Frost-Johnson explains. ‘It’s used in 84 countries, and is often a clinician’s first introduction to digital reading.’ This became the first visualisation component of the PACS solution. ‘As Merge realised that customers needed a RIS/PACS to really manage workflow, we worked on acquiring RIS Logic, one of the leading United States RIS companies in the imaging centre market. Our growth strategy led us to a merger in 2005 with Cedara Software, very well known in the industry for providing leading edge imaging technologies and engineering services to OEMs [Original Equipment Manufacturers] worldwide. Our most recent acquisition was the technology from aXigate, an Electronic Patient Record company based in Paris.’

In September of 2006, Kenneth Rardin joined as President/CEO. In conjunction with the senior management team, carried out an intensive analysis of Merge Healthcare and the market potential, which resulted in a company reorganisation. Beth Frost-Johnson explains: ‘Although we’ve had a European presence with our Netherlands and Paris offices, we decided a more dedicated and comprehensive approach in the European, Middle East and Africa (EMEA) market made sense, and formed the Merge Healthcare EMEA division. This division now brings a comprehensive product portfolio, with RIS/PACS and clinical applications, mammography, orthopaedics, PET/CT and Electronic Patient Record (EPR) in Europe. I’m very proud of the analysis and research we put into our product line selection for the European market.’

RIS Solutions
‘As part of our market analysis, we asked ourselves: Does our product line make sense in the European market? Our PACS functions well within European workflow, but our RIS was created for US imaging centres and their US-based workflow. So, to ensure that our products meet the needs of the European market, we chose to partner with Medavis. In our portfolio we offer Fusion RIS GL, which is the rebranded Medavis RIS, to have a fully integrated system; we’re working with Medavis to fully integrate their RIS and the Fusion PACS. We chose Medavis because they created software that has been designed for easily localisation (local billing and local languages). They currently have about 120 installations throughout Germany, Switzerland, China, and the UK. Their solutions are easily configured for regulations, finance and the business model of a specific country.’

PACS Solutions
‘The way we developed our PACS is very interesting,’ says Beth Frost-Johnson. ‘We used a process called concept engineering. We went out and spent two days individually with multiple radiologists from imaging centres, large hospitals, small hospitals, multi-sites and single sites. One day we just observed how they work; the second day we asked questions such as: What don’t you like in the way you work – not just the software, but what drives you crazy? The second question was: How do you want to work?  We transcribed all that information, and then had squadrons of people review it using highlighters, and sticky notes. They filled an entire room with the customer’s voice. We found that users can’t always articulate the specifications, but if we can understand what is difficult and what challenges them, then we can translate that pain into a product specification. Our PACS was built on what our customers told us. Oftentimes when a radiologist sees our PACS they say:  ‘Wow. You know how I work!’

This understanding comes from both the firm’s development process and experience, she adds. ‘Merge and Cedara have been developing radiology software for over 20 years, so we have a depth of expertise. Secondly, Cedara works with many of the major modality manufacturers etc., so we can see what’s coming down the road two, three or five years from now, and ask: What impact will that have on workflow a year or two later? Who would have thought studies would be the size they are today? People may have been designing a PACS three years ago, but did they really have an understanding of the impact that these new acquisition modalities would have? I think we have a real advantage in understanding which road those modality manufacturers are going down, with the ability to change our forthcoming workflow applications accordingly.’

Clinical Applications
‘Our Merge Mammo, which is a vendor neutral, multi-modality mammography workstation that allows our users to read studies acquired by any brand of digital mammography modality, and from any type of modality.

‘Then also if someone is starting out with digital mammo and they decided later that they want to do MRI, ultrasound – a single workstation, vendor neutral, multi-modality. It makes a lot of sense, so we’re rolling that out in Europe, along with our orthopaedic product, for surgical planning, templating, etcetera, all digital and our PET/CT workstation. So our roadmap plan is to also integrate all the clinical applications into the workflow, so all a radiologist has to do is Sit, read, sit, read, sit and read. The system will be smart enough to know what kind of study it is, and open up the study and the relevant priorities in the appropriate tool.
‘One of the advantages to Merge Healthcare is that we have our dual strategy of selling our solution and services to OEM’s as well as end users. We have centralised product development and product management, which leverages our expertise for both of these markets. Cedara sells clinical applications to the companies that compete with our direct end user business. From a business perspective, if revenue comes in both ways that’s good for our financial health. It’s a model that works well for us, because we hope to see our mammography product – seen as Merge Mammo or under other names – as a standard in the industry. That’s our business strategy.’
Based on an interview by Daniela Zimmermann

How to escape from data silos

Artificial Intelligence (AI) and machine learning are poised to transform healthcare, potentially freeing practitioners across many disciplines from routine tasks and saving lives through efficient…

Carestream puts power into the cloud

Installing a complete diagnostic radiology solution to network six sites of a hospital group, to process, manage and archive image data acquired across all modalities, is a ‘challenge’,… 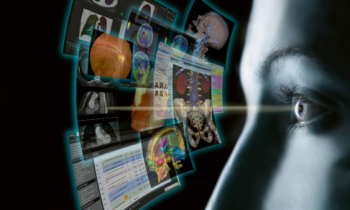 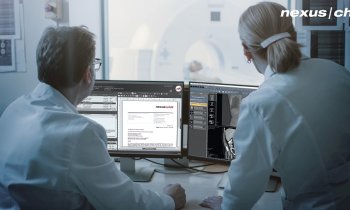 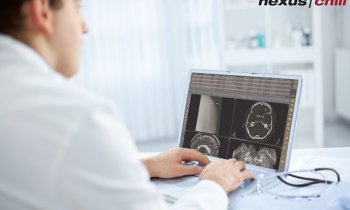