The Totoku MS31i2 is the first display with a resolution of less than 5 Megapixel to have received Official certification for Mammography Diagnostics use from the US Food and Drug Administration. ‘This was finally possible due to the three times higher ISD resolution of 9 Sub-Megapixel,’ the company explains.

The brilliant resolution results from the newly designed and patented Independent Sub-Pixel Driving (ISD), which utilises the sub-pixel of the LCD panel independently, offering a pixel pitch of 70µm instead of the usual 210µm. ‘This offers a three times higher resolution without any disadvantage in quality,’ Totoku points out. ‘All ISD products also support the latest enhanced ISD technology, which supports more than true 10-Bit greyscale and ISD at the same time. This is further supported by the newly developed anti-reflection coating, which decreases the noise and improves the contrast and viewing angle.’

With specially developed uniformity correction the display is split into several areas, which are extensively measured, the company adds. ‘A combination of hard- and software adjusts the display now based on the measurement data to achieve a uniform brightness on the entire screen. The result is a perfectly levelled brightness on the entire screen. In addition to this the Lambda-Sentinel-II secures a constant image quality over the entire lifetime of the display. Together with the newly developed network software PM Medivisor Pro the result is a powerful solution that helps the administrator to solve trouble even before it appears to the user.’

Digital pathology places particularly high demands on image quality and thus on monitors. Especially the exact colour rendering is a challenge – no other discipline needs such precision for a…

Sometimes innovations face a long journey before becoming a final product. This particularly applies to medical displays – due to very high quality demands and strong regulations that are mandatory…

In sight: greater clarity for pathologists

The equivalent of HD or Ultra-HD for home television and video is now entering the world of medicine. Although 4K technology with its high-resolution display quality is already used in radiology,… 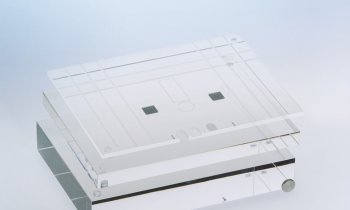