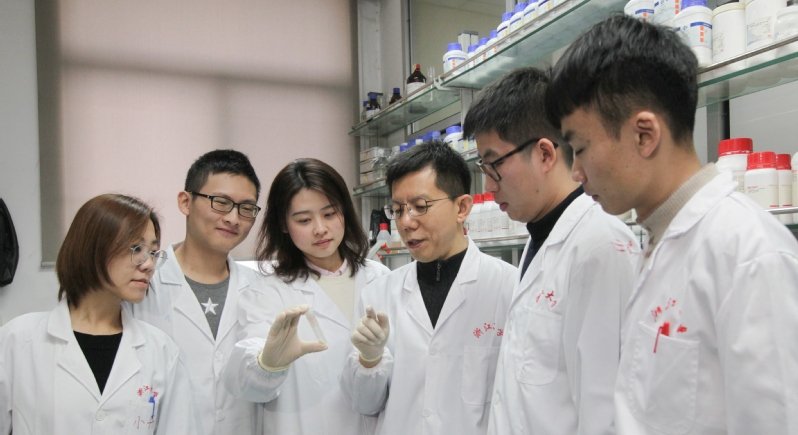 The study, published in the January issue of Neuron, found two parallel inhibitory neural pathways from VTA to DRN: The rostral VTA (rVTA) sends more projections to the DRN GABAergic neurons, whereas the caudal VTA (cVTA) innervate more serotonergic neurons in the DRN. The former pathway was discovered to be specifically involved in morphine addiction.

VTA and DRN are two important nuclei in the brain that participate in the regulation of emotion, cognition, memory and motor functions, especially in the reward and addiction pathway. The interaction between VTA and DRN has been an area of much scientific interest. As such, the team adopted retrograde tracing on the brain. “We first used the retrograde tracing to track the whole brain projections of DRN, and found there were two populations of GABAergic neurons in VTA projection to DRN. RVTA and cVTA GABAergic projections in the DRN exhibited opposite functions in reward-related behaviors, probably by contrasting regulation of DRN serotonergic neuronal activity,” said Dr. Li Yue, one of the first authors of the article.

Additionally, the team found that morphine receptors (MOPs) were differentially distributed in the rostral and caudal VTA GABAergic neuronal terminals within DRN, resulting in different modulation of these two circuits by chronic morphine exposure. Chemo-genetic activation of the rVTA→DRN inhibitory circuit blocked morphine-induced CPP (Condition Place Preferance) without affecting other behaviors. “Our results identified the rVTA→DRN inhibitory circuit as another key system mediating morphine reward. Activating this pathway during opioid administration may be a new strategy to reduce the addiction properties without affecting the analgesic effects of morphine,” explained Li Chunyue, another team member. Reviewers of Neuron magazine commented on the research as being “technically sophisticated” and a “timely study of the anatomy physiology of this system”.