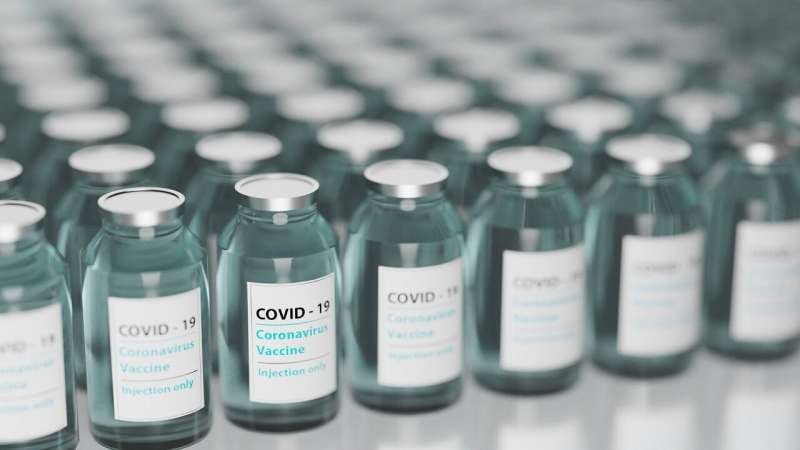 Nearly 90 percent of all French adults have received at least one vaccine dose by September 13.

President Emmanuel Macron gave workers including staff at hospitals, retirement home workers and the fire service—some 2.7 million people in total—an ultimatum on July 12 to get at least one shot by September 15 or resign.

Two months later, thousands of healthcare workers are still baulking at getting jabbed, raising the spectre of disruptions to services in facilities forced to suspend staff without pay.

A hospital in the southern city of Montelimar confirmed that it had already begun cancelling non-urgent operations because of a shortage of vaccinated anaesthetists. The hospital's deputy-director Philippe Charre said three allergy specialists would also be absent over their refusal to comply with the vaccine mandate.

Public sector union the CGT has warned of a "health catastrophe" if the government suspends large numbers of hospital workers and bars vaccine-shy GPs. "We have to keep these people on the job until they have been replaced," said Christophe Prudhomme, an emergency services doctor and MP with the left-wing France Unbowed party.

But the government has vowed to see the policy through. "We will not back down," Prime Minister Jean Castex said last month.

- 'Health pass' row—France's national public health agency estimated a week ago that roughly 12 percent of hospital staff and around six percent of doctors in private practices have yet to be vaccinated. The head of the Paris public hospital network, Martin Hirsch, said he expected the fallout to be limited, however, estimating that only between 1 and 2 percent of his staff were vaccine holdouts. The head of the Synerpa federation of private care homes, Florence Arnaiz-Maume, also estimated that only between 1 and 2 percent of staff in its member facilities—around 3,000 people—would have to be dismissed.

At the start of the global vaccination drive France had one of the lowest levels of vaccine acceptance in the world, with only four in 10 people saying they planned to get immunised. It now boasts one of the world's highest vaccination rates, with nearly 50 million people—nearly 90 percent of all adults—have received at least one vaccine dose by September 13.

The introduction of a COVID "health pass" in July, requiring people to prove that they have been either vaccinated or recently tested negative for COVID-19 to be able to access restaurants, bars, gyms or museums acted as a game-changer for millions of vaccine sceptics.

But tens of thousands of people continue to demonstrate each week over the restrictions. Amel Benothman, a 41-year-old nurse working at a psychiatric hospital in the northern city of Lille told AFP he was "too worried" about the side-effects of the vaccine to get immunised even if it meant losing his job. "I've already had a mild case of COVID and consider that the risks outweigh the benefits," Benothman, who took part in an anti-health pass demonstration in Lille last weekend, said.

France is not the first country to take steps to force people working with the vulnerable to get vaccinated. US President Joe Biden last week made vaccines mandatory for millions of federal employees and contractors as well as businesses with over 100 employees.

In Europe, Italy made the vaccine compulsory for health workers in late May and plans to expand the measure to retirement home staff in October, whereas Greece has already introduced it to both categories of carers.

Covid-19 vaccine passports could be created, but significant challenges need to be overcome first, according to a report from a panel led by Oxford Professors Melinda Mills and Chris Dye, which…

Training healthcare personnel is not cheap; losing these human resources to other countries can prove even more costly. Where and why are nurses on the move?

Preparing for another outbreak

What will the next pandemic look like? Health officials from across the globe gathered in Geneva in late August at a World Health Organization meeting to focus on how lessons learned from Covid-19…