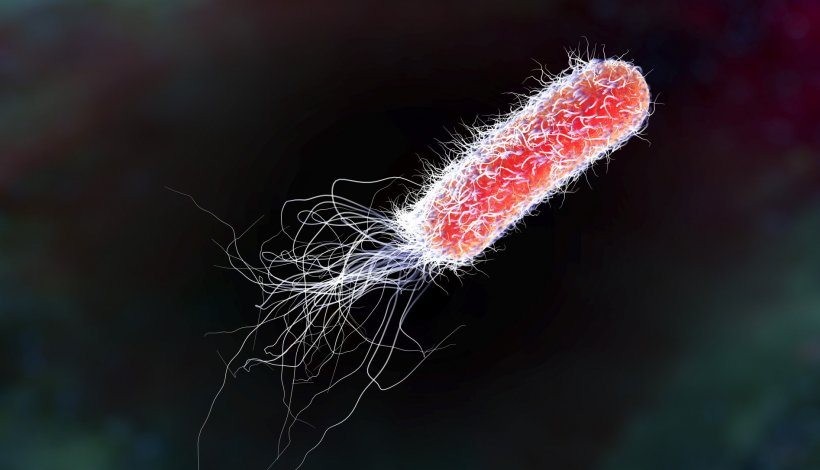 The researchers have published their results in the journal Angewandte Chemie.

The hospital germ Pseudomonas aeruginosa causes a variety of infectious diseases: from pneumonia to wound, eye and urinary tract infections to sepsis. Pneumonia caused by P. aeruginosa poses a particular threat to cystic fibrosis and Covid-19 patients during artificial respiration. The threat posed by this germ is exacerbated by the fact that variants are increasingly becoming resistant to several conventionally used antibiotics. Currently, resistance to three or more classes of antibiotics is present in about ten per cent of P. aeruginosa infections in the EU - and rising. 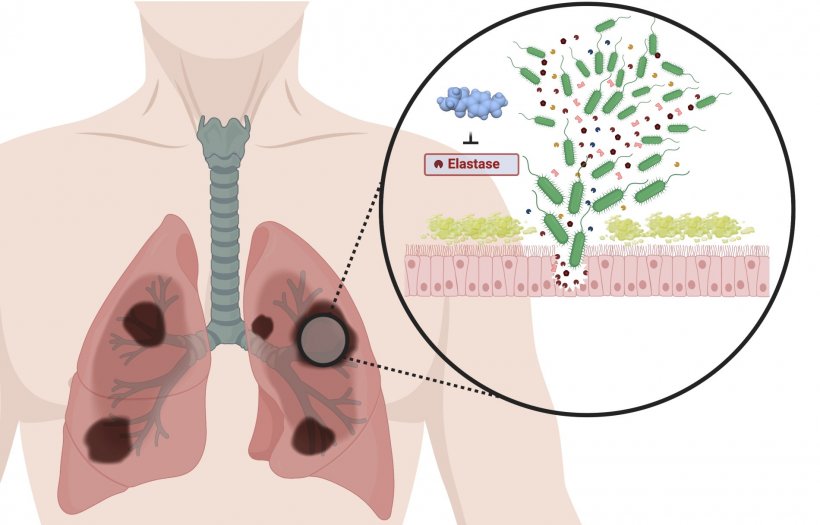 To meet the resulting need for new strategies and treatment options, researchers at HIPS, a site of the Helmholtz Centre for Infection Research (HZI) in collaboration with Saarland University, have developed a promising approach. Here, one of the most important "weapons" of P. aeruginosa is disarmed: an enzyme called LasB, which is responsible for the degradation of human tissue and enabling the germ to better reach and settle at the site of infection.

Drugs of this kind are also called "pathoblockers" because, unlike antibiotics, they do not kill the bacteria but simply block their pathogenic properties. This has the advantage that commensal bacteria are not affected and resistance is less likely to develop. In this specific case, a newly developed class of active substances is used that bind directly to LasB and thus inactivate it. Anna Hirsch, Head of the Department Drug Design and Optimisation at HIPS, says: "Since the three-dimensional molecular structure of LasB was already elucidated in a previous study, we were able to design our molecules to best fit their target protein and inactivate it efficiently and specifically. The result is a series of drug candidates that bind LasB twelve times better than previous candidates. This is an excellent starting point for further development towards a finished drug." That the developed molecules have the potential to protect the host organism from the harmful effect of LasB is shown by first results from a model with Galleria mellonella larvae. If the larvae come into contact with LasB, only about ten percent survive. In the presence of the active substances from Anna Hirsch's laboratory, this value rises to over 60 percent.

As resistant germs will continue to spread in the future, such drug candidates are invaluable

In addition to the novel mode of action of the developed substances, their optimisation is also an innovative approach. "Usually, when designing such inhibitors, we start with very small molecules and then grow them step by step," says the first author of the study, Cansu Kaya. "When analysing the binding modes of previous candidates, we noticed that sometimes two of these molecules bind to LasB simultaneously. Inspired by this observation, we linked the two fragments in such a way that their spatial orientation to each other was not affected. This method, known as fragment linking, is significantly more complicated than conventional approaches, but when applied successfully, it offers a much higher gain in activity in a very short time. We hope that our method can also be used in the future to accelerate the development of drug candidates against other diseases."

Prof. Rolf Müller, Executive Director of HIPS and Head of the Department of Microbial Natural Products, sees the developed approach as a promising addition to the development of new antibiotics: "Unfortunately, the development of new antibiotics is very laborious, expensive and is only supported by a few pharmaceutical companies. The developed substances offer us an alternative approach to tackle the problem of antimicrobial resistance. As resistant germs will continue to spread in the future, such drug candidates are invaluable."

In follow-up studies, the described substances are to be further developed and optimised for their application in humans. Anna Hirsch is supported in this project by the funding organisation CARB-X: This organisation has been funding the work of Anna Hirsch in this field since the end of 2020 with funding amounting to 1.46 million euros.

A team of researchers from Versailles Saint-Quentin-en-Yvelines University (UVSQ), Inserm and Pasteur Institute has been able to provide for the first time an accurate estimate of both the incidence…