As people live longer, the number living with dementia is expected to triple by 2050. So understanding the impact of alcohol consumption on ageing outcomes is important. Previous studies indicate that moderate drinking is associated with a reduced risk of dementia, whereas both abstinence and heavy drinking are associated with a risk of dementia. But the evidence is far from conclusive, and the reasons underlying these associations remain unclear.

So a team of researchers from Inserm (French National Institute of Health and Medical Research) based in France and from UCL in the UK set out to investigate the association between midlife alcohol consumption and risk of dementia into early old age. They also examined whether cardiometabolic disease (a group of conditions including stroke, coronary heart disease, and diabetes) has any effect on this association. Their findings are based on 9,087 British civil servants aged between 35 and 55 in 1985 who were taking part in the Whitehall II Study, which is looking at the impact of social, behavioural, and biological factors on long term health. Participants were assessed at regular intervals between 1985 and 1993 (average age 50 years) on their alcohol consumption and alcohol dependence. Alcohol consumption trajectories between 1985 and 2004 were also used to examine the association of long term alcohol consumption and risk of dementia from midlife to early old age. Admissions for alcohol related chronic diseases and cases of dementia from 1991, and the role of cardiometabolic disease were then identified from hospital records. 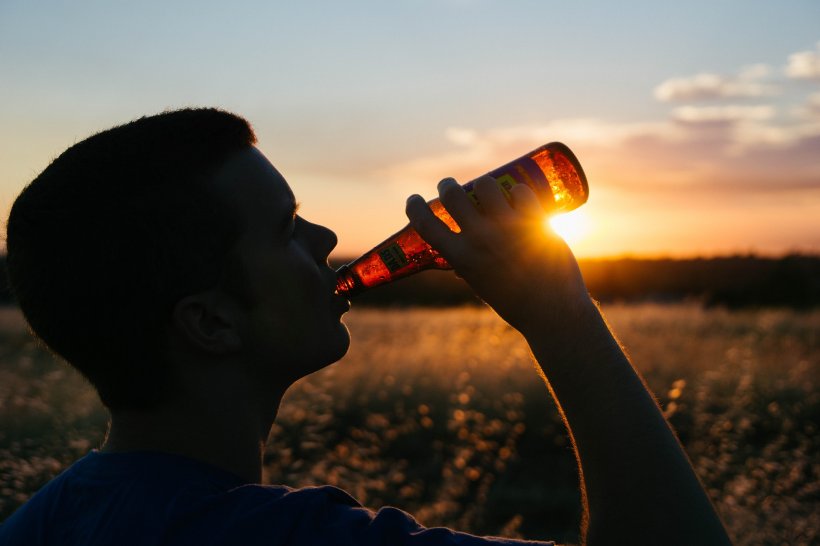 Cheers! Drinking to decrease dementia risk might seem absurd, but there actually might be something to it - as long as the drinking is kept to moderate levels.

Of the 9,087 participants, 397 cases of dementia were recorded over an average follow-up period of 23 years. Average age at dementia diagnosis was 76 years. After taking account of sociodemographic, lifestyle, and health related factors that could have affected the results, the researchers found that abstinence in midlife or drinking more than 14 units a week was associated with a higher risk of dementia compared with drinking 1-14 units of alcohol a week. Among those drinking above 14 units a week of alcohol, every 7 unit a week increase in consumption was associated with 17% increase in dementia risk.

In the UK, 14 units of alcohol a week is now the recommended maximum limit for both men and women, but many countries still use a much higher threshold to define harmful drinking. History of hospital admission for alcohol related chronic diseases was associated with a four times higher risk of dementia. In abstainers, the researchers show that some of the excess dementia risk was due to a greater risk of cardiometabolic disease. Alcohol consumption trajectories showed similar results, with long term abstainers, those reporting decreased consumption, and long term consumption of more than 14 units a week, all at a higher risk of dementia compared with long term consumption of 1-14 units a week. Further analyses to test the strength of the associations were also broadly consistent, suggesting that the results are robust.

Taken together, these results suggest that abstention and excessive alcohol consumption are associated with an increased risk of dementia, say the researchers, although the underlying mechanisms are likely to be different in the two groups. This is an observational study, so no firm conclusions can be drawn about cause and effect, and the researchers cannot rule out the possibility that some of the risk may be due to unmeasured (confounding) factors.

The authors say their findings “strengthen the evidence that excessive alcohol consumption is a risk factor for dementia” and “encourage use of lower thresholds of alcohol consumption in guidelines to promote cognitive health at older ages.” They also say these findings “should not motivate people who do not drink to start drinking given the known detrimental effects of alcohol consumption for mortality, neuropsychiatric disorders, cirrhosis of the liver, and cancer”. This study is important since it fills gaps in knowledge, “but we should remain cautious and not change current recommendations on alcohol use based solely on epidemiological studies,” says Sevil Yasar at Johns Hopkins School of Medicine, in a linked editorial. She calls for further studies and ideally a government funded randomized clinical trial to answer pressing questions about the possible protective effects of light to moderate alcohol use on risk of dementia and the mediating role of cardiovascular disease with close monitoring of adverse outcomes. In summary, she says, “alcohol consumption of 1-14 units/week may benefit brain health; however, alcohol choices must take into account all associated risks, including liver disease and cancer.”