The sole radiologist at a small diagnostic imaging centre in Zaragoza, Spain, was looking for new imaging technologies that would help find breast cancer earlier, when it was more treatable, and save women the anxiety of unnecessary recalls.

‘I’m the only radiologist in my practice and I began questioning my ability to make good diagnoses based on the analogue mammography images I was reading. I decided I needed a new technology to give me more confidence in my diagnoses,’ Dr Miravete explained. The first time she saw tomo­synthesis in practice, Dr Miravete knew this was the answer. In 2011, she installed the Hologic Selenia Dimensions breast tomosynthesis system, becoming just the second radiologist in Spain to adopt the technology.

‘We don’t have a technique that can diagnose 100% of breast cancers, which is what we aspire to do,’ she points out, ‘but tomosynthesis can help diagnose smaller lesions and I believe it’s of fundamental help for the radiologist and for early diagnosis, which is what we are looking for.’

Today, Dr Miravete is a frequent speaker at radiology conferences in Spain and is regularly asked to share her experiences with radiologists thinking about making the transition to tomosynthesis. ‘After performing 5,700 mammograms with tomosynthesis, we saw a 33% increase in sensitivity,’ she reports. ‘I’ve made many more diagnoses than I would with conventional mammography. We are finding small lesions in women with dense breasts and implants as well as malignant pathology in younger women that we would not have seen before. These are the cancers we need to find, the ones that can hide and grow and threaten a woman’s life.’

Dr Miravete credits tomosynthesis with helping her practice to grow. The small imaging centre was competing against larger, more established radiology centres and radiologists who were initially sceptical regarding the benefits of the technology. ‘At first other radiologists said tomosynthesis was not proven, so I had to struggle a lot in that respect. But the patients and gynaecologists soon realised that we were diagnosing cancer earlier, when it’s smaller and the treatment is less aggressive. ‘For me, tomo­synthesis sells itself’, she concludes, adding: ‘News of the 3-D technology is spreading through Spain by word of mouth, and more women are coming to my centre because of it.’

A further reason for Dr Miravete’s use of tomosynthesis is that she works alone. ‘I don’t have a colleague I can ask to look at something I think might be troublesome, so I need a technology that helps me find things I might miss. If I help even a single woman, or find even one additional lesion, it’s very important to me, it’s an achievement.’

* Source: Hologic. For specific information on what products are on sale in a particular country write to womenshealth@hologic.com.

* Hologic, Dimensions and Selenia are trademarks and/or registered trademarks of Hologic and/or its subsidiaries in the USA and/or other countries.

Artificial Intelligence (AI) is proving pivotal as Hologic evolves its women’s health solutions. With a focus on breast and skeletal health, future steps will see the medical technology company… 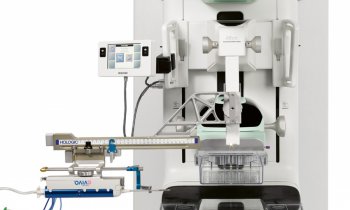 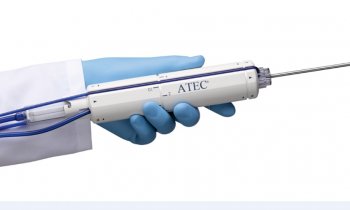 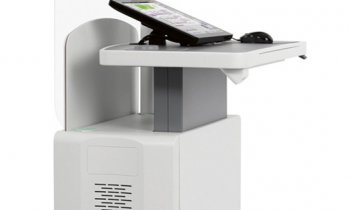