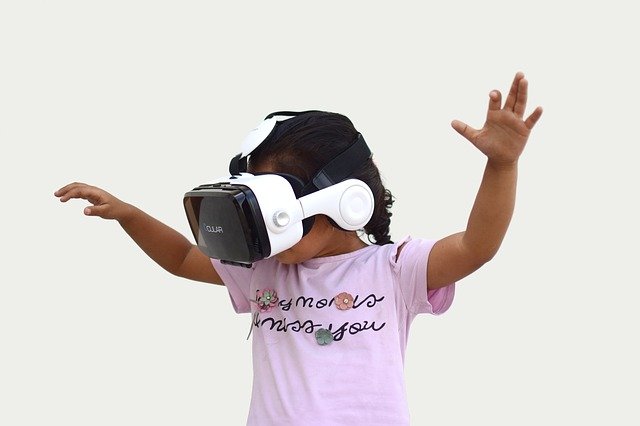 One study found virtual reality that induces a hypnotic state helped manage postoperative anxiety and pain in children. A second study suggests that a novel virtual reality program that has the ability to adjust cognitive load (the amount of information that is being processed) and reorient the program’s display when a child changes position during medical procedures may reduce their anxiety and perception of pain.

“It’s been well documented that reducing preoperative anxiety correlates with reducing postoperative pain,” said study co-author Girish P. Joshi, M.D., professor of anesthesiology and pain management at the University of Texas Southwestern Medical School, Dallas. “To our knowledge, this is the first study to assess the postoperative use of virtual reality hypnosis in children. Our goal is not only to decrease pain, but also to decrease opioid use.”

The children receiving VRH participated in one session per day for 20 minutes during the first 72 hours after surgery. They wore a helmet and goggles linked to software, which uses virtual reality hypnosis technology to decrease stress and anxiety after painful medical procedures. The children chose a scenario — beach, submarine or walking in the mountains — and heard soothing speech and music to induce hypnosis.

he second study examined over 600 patients, ages 6 to 18 years old, who were given a novel virtual reality (VR) game, which allows the user or clinician to reorient the game play in real time and adjust cognitive load to increase its ability to distract patients, so their perception of pain is decreased. “We have known for years that pain and anxiety are highly correlated,” said study co-author Thomas J. Caruso, M.D., clinical associate professor, anesthesiology, perioperative and pain medicine at Stanford University, California. “If someone is extremely anxious about something that is about to occur, they are more likely to report pain. Our goal is to distract our pediatric patients to reduce their anxiety and perception of pain.”

The program was launched in 2017 as part of CHARIOT (childhood anxiety reduction through innovation and technology), a Stanford University program that uses VR in a variety of settings, both in the hospital and clinic, to distract patients during periods of high anxiety such as IV placement, blood draws, port access or dressing changes. The researchers developed the new VR platform in response to a problem they had encountered when using other VR programs — when a patient changed position, such as going from lying down to sitting, existing VR technology did not change position along with them. “During a typical VR experience, when you look up, you are looking at the sky,” explained study lead author Samuel Rodriguez, M.D., clinical assistant professor, anesthesiology, perioperative and pain medicine at Stanford.  “The reorientation feature that we developed allows the horizon line to be reoriented every time the patient’s head position changes.”

The program also adjusts the patient’s cognitive load, which means using faster music, more colors or increased game play to increase the game’s ability to distract in order to reduce anxiety. It is used primarily before and during minor medical procedures such as IV placement, wound care, cast or surgical pin removal and nasal endoscopy, typically for 2 to 20 minutes.

“Preliminary results have suggested our new VR game decreases anxiety and patients’ perception of pain,” Dr. Caruso said. “The randomized trial is ongoing, and the results have not yet been finalized. There have been no reports of side effects or patient intolerance in a wide range of inpatient and outpatient settings. We are currently expanding use of the technology into our institution’s obstetrics service line for epidural placement in laboring mothers as well as for physical therapy.”

The authors note that while further studies are needed to quantify the anxiety-reducing and pain-reducing effects, their case series demonstrates the feasibility of this VR experience as a non-pharmacological treatment that can distract patients safely while limiting patient movement in a wide variety of clinical settings.

When anaethesiologists are spread too thin, more surgeries go wrong

A new US study indicates that the number of overlapping procedures managed by an anaesthesiologist increases the risk of death or complications after surgery.

Fusion surgery has been the long-standing treatment for people with scoliosis. Now, other options have become available.