According to UKRC President Dr Erika Denton, ‘The difference between radiology in the UK and the rest of Europe is that our radiographers have greater opportunities in the UK for role extension and to do what doctors have traditionally done. As well as the conventional radiographic role of acquisition of images, radiographers have the opportunity to report radiology examinations.’

Under changes to healthcare delivery planned by the British government, there are proposals to increase the reporting role of radiographers still further, with the Department of Health (DoH) supporting increasing the number of reporting radiographers. ‘With that, there is a tension,’ Dr Denton pointed out. ‘Some people are of the opinion that we have now gone far enough down that road, while others feel we can extend it further. That debate will be really interesting.’

During other sessions, among the main speakers will be Professor James Thrall from Massachusetts General Hospital, Boston, USA, who will discuss the role of IT in optimising radiology practice; and the UK’s National Clinical Director for Cancer and End of Life Care, Professor Sir Mike Richards, speaking on ‘The importance of imaging within the cancer reform strategy’.
Dr Denton explained that an aspect of Professor Richards’ discussion will look at delivering imaging earlier for patients and greater access to imaging investigations directly from primary care.
Professor Thrall, she said, will examine decision support technology and how it can be used to provide relevant comparative data to radiologists, such as the correct ‘hit rate’ by referrer on how many people have been correctly diagnosed.

Dr Denton, a consultant radiologist specialising in breast imaging at the Norfolk and Norwich University Hospital in the east of England and the National Clinical Director for Imaging, will present a session offering an update on imaging from the DoH perspective in light of the new government. ‘The current healthcare approach,’ she said, ‘is moving towards decentralisation with increased local decision making as well as greater patient choice. Within that there are plans for commissioners and the new GP Consortia to commission healthcare services from any willing provider and that is likely to involve commissioning imaging services from the independent sector.’
There is a history of commissioning imaging services from independent providers within the NHS and Dr Denton will discuss the options and opportunities within that, against a background of decreasing financial input for healthcare due to the recession and increased demand for imaging services.

Other sessions will include master classes, lecturers and refresher courses on neurological emergency scenarios, radiology and the Olympics 2012, issues surrounding new PACS systems, image data transfers, clinical applications of elastography and military radiology.
A new general interest stream will include an update on key policy messages in the UK and will provide information on what is happening in interventional radiology services, stroke imaging, aortic aneurysm screening, PET CT after the National Contract, and extensions to the NHS Breast Screening Programme.
Speaking ahead of the conference, Dr Denton said that UK radiology currently faces a number of issues, including the ever increasing demand for imaging and the need to turn round image requests very quickly for patients and referrers, along with workforce issues. ‘We have too few radiologists and radiographers to deliver an ever-expanding service,’ she pointed out. ‘Workforce issues are particularly challenging for interventional radiology and pertinent with the emergence of trauma networks, which need to have interventional radiology and very rapidly accessible CT scanning.’

Seeing a substantially increasing importance of the cardiac MRI procedure, cardiologists have developed a specialist cardiac MRI training programme for their colleagues.

For medical ultrasound it’s quick, easy and portable – and so popular with Professor Christoph Dietrich, chief of Medical Department 2 at Caritas Hospital, Bad Mergentheim, one of the first… 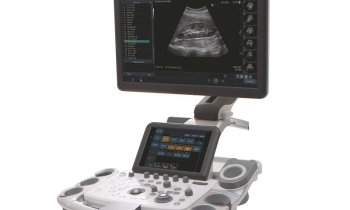